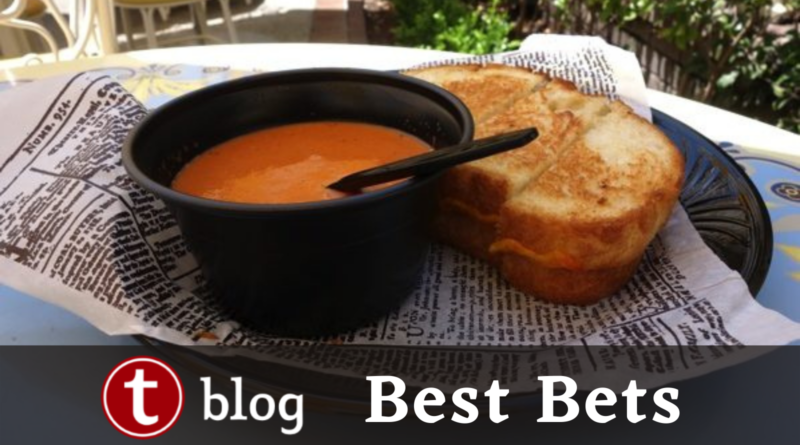 Food prices at Disneyland Resort can be overwhelming but some bargains do exist! We consider Plaza Inn’s famous fried chicken meal to be one of the best entrees in the park, but not everyone wants to spend $18.99 on a single meal. A standard hamburger can be obtained for around $12, but what if you want something interesting with more of a bang for your buck? In this post we’ll go over top 5 best Disneyland Resort quick service meals for under $13. 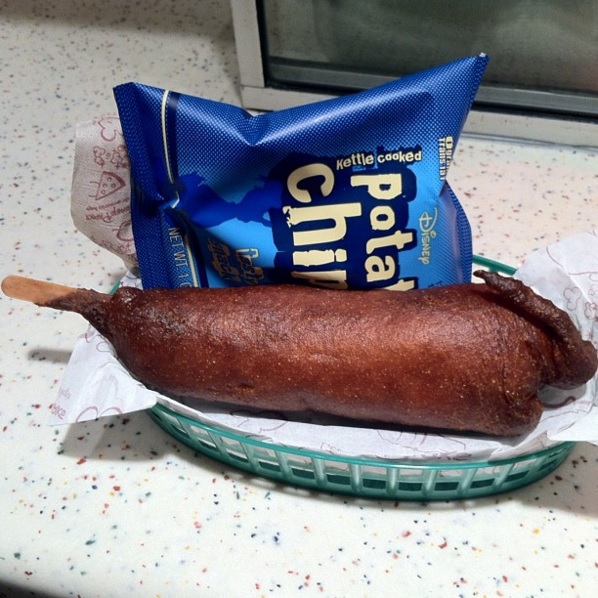 Judging by the length of the lines at Little Red Wagon and Corn Dog Castle, everyone has heard about Disneyland’s legendary corn dogs. Their fame is well deserved and thankfully the price hasn’t gotten over $10 yet. A giant hot dog covered in a deep fried batter shell probably isn’t the healthiest option in the world, but there’s something about devouring one of these while touring a busy theme park that feels so right. The Little Red Wagon cart in Disneyland has the original corn dog with a hot dog inside, while the Corn Dog Castle over in Disney California Adventure has the hot-link version which is even better. 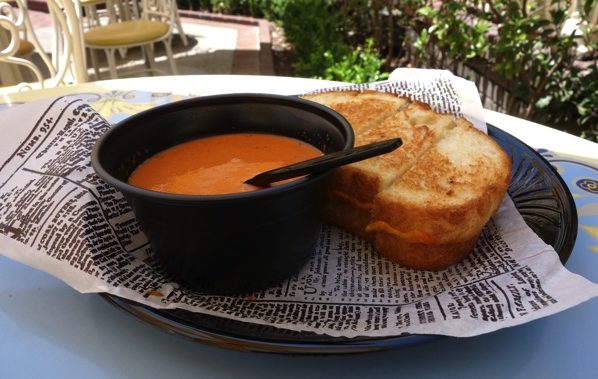 They may not look  like much but this sandwich and soup combo from Jolly Holiday Bakery is fantastic comfort food. The Jolly Holiday Combo is a grilled cheese sandwich served with a cup of tomato soup. You also can’t go wrong with Jolly Holiday’s other sandwiches on the menu.bOven-roasted Turkey on Ciabatta or Roast Beef and Smoked Cheddar on Hoagie Roll are also very good options, and they’re just over $10. All sandwiches, with the exception of the Jolly Holiday Combo, include tasty freshly made potato chips. 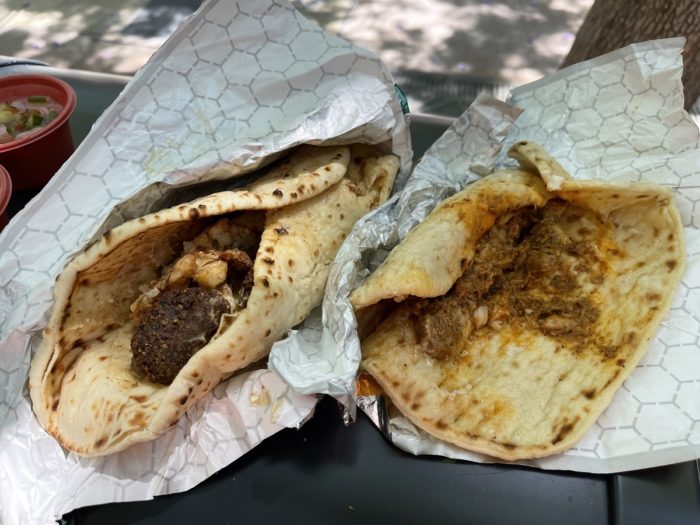 Trust me, the Shawarmas in the picture taste a lot better than they look. New York’s Tastiest is a chicken shawarma wrap with Garlic Spread and coconut yogurt-tahini sauce with pickled vegetables. It’s flavorful and has a tiny bit of heat, but nothing too extreme, and the coconut yogurt sauce provides a refreshing twist. Also available is the Impossible Victory Falafel which we also really enjoy. You can find these items at Shawarma Palace in Avengers Campus in DCA. 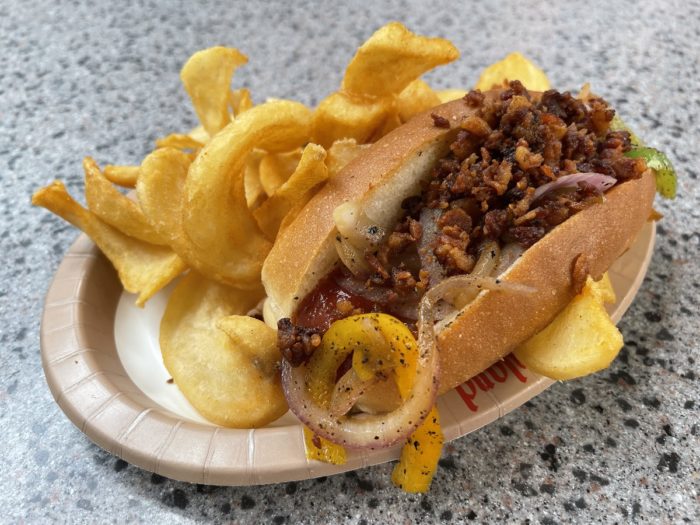 Pictured above is the Bacon Street Dog ($9.79). It includes a beef hot dog dipped in a roasted red pepper ketchup, topped with grilled onions, bell peppers, and crispy bacon, and served on a toasted bun. It also comes with “Filmstrip Fries” which are fantastic. The red pepper ketchup gave it a nice kick and the crunch from the bacon is satisfying. The grilled onions and bell peppers also add a lot of flavor to what would be a boring hot dog on its own. 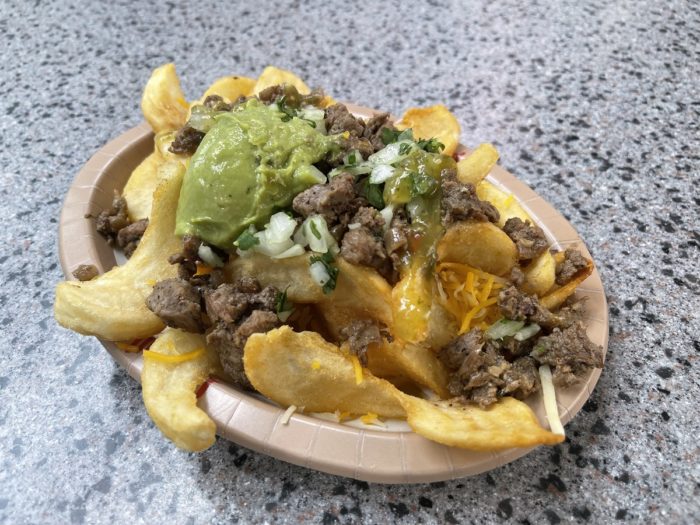 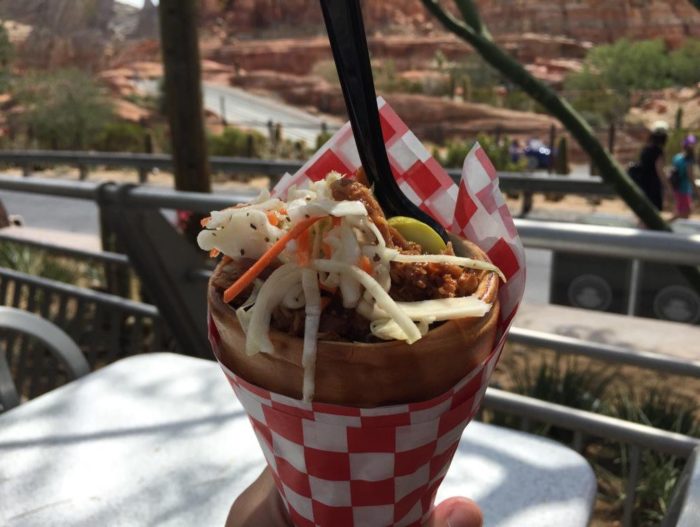 The Cones sold at Cozy Cone Motel have a generous serving of filling and if you’re in a rush you can easily eat them on the go. The cone they are served inside are made of bread so you can even eat that when you’re done with the guts. Cozy Cone currently serves two varieties, Chili Cone Queso and Bacon Mac ‘n’ Cheese. The third flavor, Chicken Verde Cone, is our favorite, but it’s not currently on the menu.

Do you have any recommendations for quick service meals or snacks at Disneyland or DCA? Let me know in the comments below.