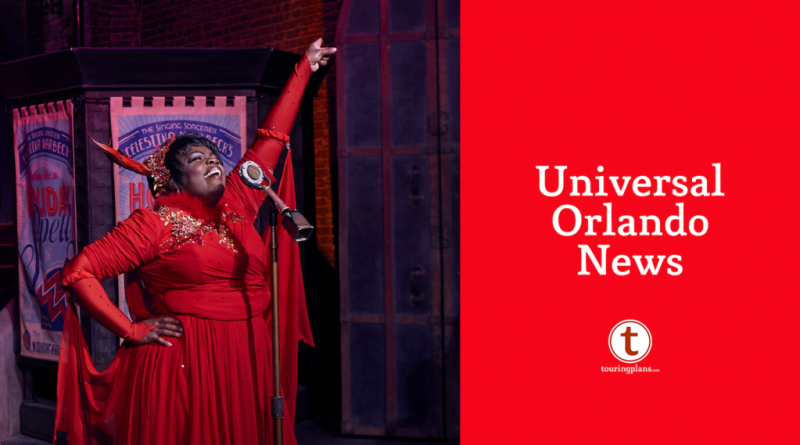 Cast ‘Accio Christmas’ this week at Universal Orlando with Celestina Warbeck and her Banshees as the Christmas celebration continue. Winter weather around the country routinely comes as far south as Orlando. Make sure to pack for the weather. Volcano Bay could close due to cold weather; check the Universal Orlando and TouringPlans Twitter accounts for the latest operating information. Single-day, one-park tickets are at Anytime pricing on December 8. Base tickets to Universal Studios Florida or Islands of Adventure are $129 per adult and $124 per child (plus tax).

Single-day, one-park tickets are at Value pricing December 9 – 14. Base tickets to Universal Studios Florida or Islands of Adventure are $115 per adult and $110 per child (plus tax).

Deck the halls at Universal Orlando Resort November 17, 2018 – January 6, 2019 with their annual Holiday festivities. Join The Grinch in Seuss Landing and see a live performance of How the Grinch Stole Christmas, celebrate in Universal Studios Florida with Universal’s Holiday Parade featuring Macy’s, or visit the Wizarding World decked out in Christmas decorations. For more information check out our Universal Orlando Holidays 2018 article.