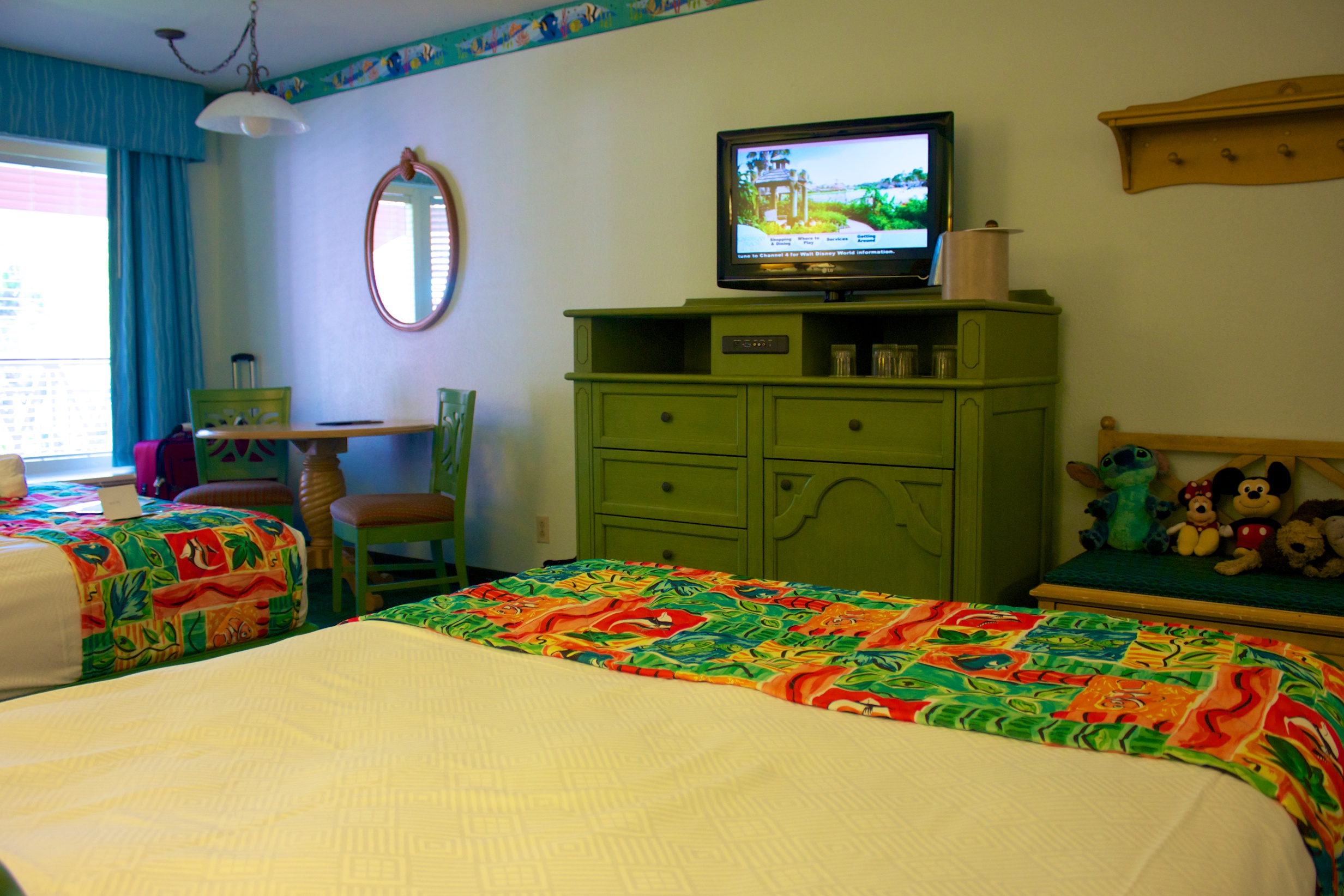 There is so much information that you can take in and memorize before embarking on a Walt Disney World vacation…park hours and show times, what the restaurants are and what is on their menu, what is the music playing around the resort and where can you find it for your iPhone, so on and so forth.

There is also a ubiquitous part of your Walt Disney World Resort hotel room that you could potentially familiarize yourself with in advance–and perhaps you should because I’m talking about something you quite possibly have on for every waking moment spent in your room: the television. Walt Disney World resorts, like many hotels, do not simply follow an Orlando area cable or satellite provider. The channel lineup available in the resorts is decidedly Disney and much more varied than what you might find at a typical roadside hotel around the country.

The first few channels, and the ones that many Disney guests watch every day, are the ones programmed by Disney specifically for the resorts. Foremost is the Walt Disney World Resort “Must Do’s” with Stacey, a spunky 13-year-old inside a 23-year-old’s body who rides the newest and most popular rides while spouting the occasional touring tip and trivia fact. Just by the fact that you have pointed your web browser at this site, you are likely already more informed than any actual information you will glean from Stacey. Nevertheless, this channel is considered a Disney World tradition by many longtime guests and “watching the park tour channel over and over again” is something many people always remember after their trip. (If you haven’t visited Walt Disney World in many years, this took over the channel that formerly had the “Zip-A-Dee-Do-Dah Tip for Today.” And yes, the jingle is now stuck in my head too.) There are also channels displaying park hours and special events while others show round-the-clock infomercials for Disney Springs and the Disney Vacation Club.

Next up are the Orlando affiliates of the major television networks followed by the channels in the Disney cable portfolio, including every ESPN known to mankind. The ESPN networks are followed by other sports networks (some that I don’t even get on my cable package at home!) Notably missing however, are the Fox Sports networks: FS1 and FS2. Make note of this if you are hoping to catch post season baseball, college football, MLB Saturday broadcasts, or UFC, among others. For a more complete rundown of where to catch major sporting events on property, check out this article that I wrote last year.

The next few channels are other Walt Disney World resort exclusives, including one exclusively showing Disney cartoons including bedtime stories for young children in the early evening. (Note that I spoke to someone in guest services at Port Orleans French Quarter while researching this article and she stated that the bedtime stories also appear on the Disney Channel, channel 13.) More special resort channels show up near the end of the lineup including one on Adventures by Disney and another on safety around the resort (which probably should be emphasized a bit more in light of recent events.)

Everything else is typical American cable staples including  The Weather Channel, CNN, TBS, Food Network, History Channel, Lifetime, so on and so forth.

Here, as follows, is the television lineup available at Walt Disney World resort hotels, with a brief description of what you might find on each…

Please note that this channel lineup was active at Disney’s Port Orleans Riverside resort in May 2016. Channel lineups may be subject to change at any time.