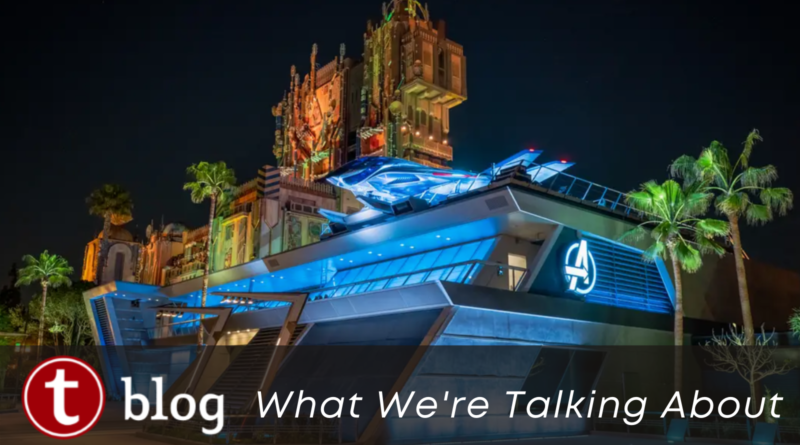 The pandemic brought us a lot of changes to the way we visit the Walt Disney World Resort. Some of it, we would really prefer if it stayed. Which things do you hope continue to stick around?

James thinks: If there’s one thing I don’t look forward to, it’s going back to “filling in all the available space.” Having a little extra elbow room has been nice, and while I’m not super optimistic, especially on attractions like Tower of Terror where they need to corral you into a room for a pre-show, it would be nice to not wedge us together quite so closely when the opportunity for some space permits.

Jennifer says: I hate seeing these comments that are presented as “We don’t want Fastpass to come back”.  What they always turn out to mean is “We like having shorter lines and not as many people in the parks”.  But that only really works because of reduced capacity.  If the same people had to choose between having Fastpass back, and what Disney would raise the ticket price to if they meant to keep capacity permanently capped — I’m pretty sure they’d take Fastpass in a heartbeat.

Avengers Campus is now open at the Disneyland Resort. (I personally can’t wait to visit, even though I’m not the biggest Marvel fan.) The OC Register takes an in depth look at the land. Are you excited to experience this new area of the park?

James is: Any new land is an opportunity for some cool new stuff, so I’d be psyched regardless, but a new land themed after Marvel? Sign me up! The attractions look cool and all, obviously, but I think the food and drink options have the potential to be sleeper hits, lots of highly instagrammable stuff on the menus! Looking forward to when I get to get out there and check it all out!

Unlike Star Wars: Galaxy’s Edge, Avengers Campus doesn’t really fit a specific timeline. See what fits and what doesn’t. Do you care about that the land doesn’t fit a timeline?

James also has thoughts on this: I completely get the importance of story and the emphasis Disney typically puts on it, and I understand the need for consistency. With that said, give me a cool enough land with awesome stuff to do, and I simply don’t care that much. I know it’s probably heresy to purists, but there’s already a certain suspension of disbelief that goes hand in hand with enjoying a theme park, and so I feel like I can tolerate a little departure from canon if it means I get to meet a beloved character who is technically dead in the storyline.

The new baby zebra at Disney’s Animal Kingdom has a name! It’s Dash and he’s a cutie! You can potentially find Dash on Kilimanjaro Safaris!

A lot of great new shows and movies are being added to Disney+ this month, including Raya and the Last Dragon, as well as Loki!

Becky is excited: Yay! My kids are so excited to finally see Raya. I foresee a family movie night in our weekend schedule. But I’m most personally looking forward to Loki. Falcon + Winter Soldier was just okay, but I’ve been missing the weekly dose of Marvel since it wrapped.

Jennifer is interested in something else though that surprised her: I have really enjoyed the NatGeo content on Disney+, but somehow I missed that Gordon Ramsay was doing NatGeo.  They don’t quite really go together in my mind, somehow, but maybe that’s just because I haven’t seen the show?

A new Disney+ show that I’m personally looking forward too will be debuting soon called Behind the Attraction, which will reveal the stories behind some of your favorite Disney experiences. This is what I’m here for Disney! More of this please!

Becky agrees: So pumped. I hope this meets my expectations. This is exactly the kind of content I want to see more of on Disney +. The Imagineering Story is probably my favorite original series so far. Crossing my fingers that this follows in a similar fashion.

Universal Orlando Resort is getting ready for the Olympics! That’s because they are showcasing Olympic fever with food, decorations, and even Universal Orlando’s Cinematic Celebration is preceded by “Celebration of the Olympics,” a five-minute salute to athletes of prior Games. Find out all the details according to the Orlando Sentinel.

Joe thinks: This is a fun little addition to the park for the summer; reminds me a lot of the Epcot festivities around the 2014 World Cup. I imagine the courtyard and NBC Grill Brew will be very popular spots to watch the Olympic games.

What did we miss? Attach your articles to a pair of Mickey Mouse Graduation Plush and send it to blog@touringplans.com with the words “In Case You Missed It” in the subject line.

5 thoughts on “What We’re Talking About: Avengers Campus, Behind the Attraction, & More”