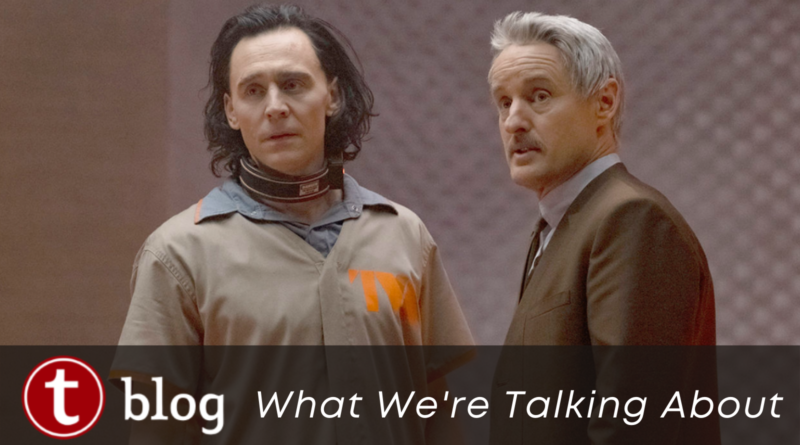 Oh my gosh. I got a tear in my eye reading this. Learn about some of the great Easter eggs that are hidden in Avengers Campus that are extremely personal to one former Imagineer.

Becky shares: Oh man, this story is sentimental but also heart-breaking. The man who put all of these heartfelt personal touches into the land was one of many Imagineers laid off due to the pandemic. The department was gutted, and the focus is on getting customer-facing roles filled up first now that Disney is on a hiring spree. I hope the importance of these roles isn’t lost in the shuffle.

This was a very interesting fact. More people were arrested with concealed firearms at the Walt Disney World Resort this past year.

Jennifer says: I think this is mirroring a larger trend, including where gun sales went up at the beginning of the pandemic.  I don’t like this, but I don’t think it’s just about Disney.

James also chimed in: When I’m not writing about Disney, I’m actually a lawyer, and the law is pretty clear on this point: while the 2nd amendment gives you the right to own guns and state laws may give you additional rights, like conceal and carry, it remains the case that a private entity like Disney is free to not allow you on its property if you’re packing. Their property, their rules, it’s really that simple. So, when you go to Disney, save yourself a lot of hassle and leave your gun at home or in the car.

With the 50th anniversary of Walt Disney World coming, The Orlando Sentinel took a look at the Top of the World Lounge at the Contemporary.

If you’ve been watching Disney+ since it debuted, new shows always come out on Fridays. That is going to be changing. Soon, new shows will come out on Wednesdays.

Jennifer is happy about this change: This makes so much sense to me.  When I was young and hip, there was one Friday night show that was such an event that we would have watch parties. But, Wednesdays are a much more accessible night especially when streaming means you don’t even run the risk of forgetting to set your VCR.

Becky isn’t though: I will offer up a friendly disagreement with Jennifer.

I don’t like the Wednesday thing. I’m used to everything dropping on Fridays. We tend to have weeknight commitments, or I might have to make a tight deadline for work. Friday is the start of the weekend. I can unplug and enjoy some Loki (or whatever – but hey, episode 2 of Loki was AWESOME). The Wednesday debut thing is throwing off my groove.

While Luca debuts today on Disney+, a lot of people were worried that Pixar was the only option that is showing up for free, not a premium fee. But hopefully we Pixar fans need not worry.

Becky shares: This article talks about analysts thinking Pixar shouldn’t worry because everything is going to go back to theaters anyway. Sure, probably so. But it’s not a good look when all of the “Disney proper” movies on Disney+ come with a premium upcharge and the Pixar ones are free.  They may not need to worry, but it does say something about perceived value when leadership makes that decision.

We have the latest look at what Universal Orlando is planning in relation to their new Epic Universe park. This is the first time they’re really talked about the project since it was announced that it was back on following its COVID pause. It’s still a few years off though, according to this article.

Julia discusses the Nintendo section: While Mario may be the best known Nintendo IP for most Americans, I’m going to be sorely disappointed if the Nintendo presence is just Mario-themed rides, shops, and so on. Personally, I’d love to see Pokemon have a presence (which is only marginally less complicated in its ownership than Marvel, I guess!). I personally wouldn’t be all-in on Zelda, but I think that would be a good fit anyhow. And if they opened up a Splatoon attraction. . . . do they sell lifetime annual passes, because my family will need those!

Joe says that we all may be waiting for longer than we had hoped: By “a couple years” he means “four years”.

Halloween Horror Nights has one character that is synonymous with the event…Jack the Clown. Learn more about the creation of this unique individual here.

Joe is super thrilled, stating: I am beyond excited for this years Horror Nights!

What did we miss? Attach your articles to a Rainbow Collection Mickey Mouse Backpack and send it to blog@touringplans.com with the words “In Case You Missed It” in the subject line.