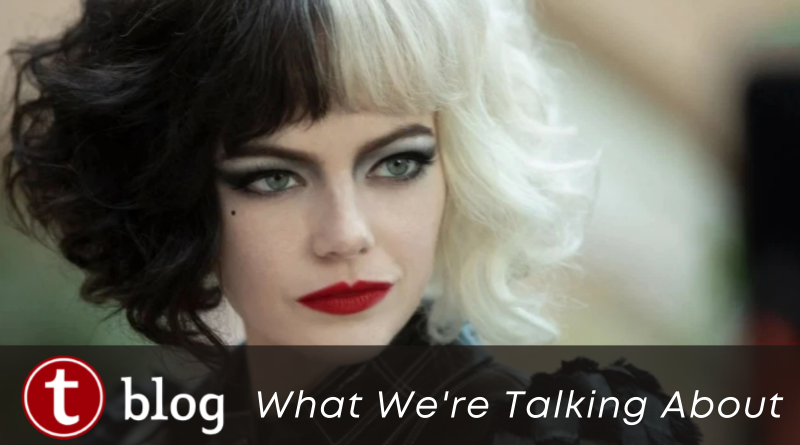 With this week’s edition of What We’re Talking About, Dani shares her thoughts on the Cruella trailer, as well as Florida’s tourism numbers and Joe let’s us know what souvenir he wants from Universal Orlando, courtesy of The Tree Guy.

It was the end of 10 years of record setting tourism. The industry saw a 34% drop in visitors in 2020 compared to the prior year. Visit Florida shared preliminary figures from the fourth quarter and for the full year that showed there were 86.714 million visitors to the state during 2020 which was the lowest annual total since 2010.

Dani states: We know all too well the challenge the pandemic has had on capturing data and being able to analyze it. There’s no historical precedent for this. So it’s interesting to see Visit Florida CEO, Dana Young, state as much.

Could we see the Disneyland Resort hopefully opening soon? The Anaheim City Council is currently backing a state bill that could allow Disneyland to reopen from its pandemic closure earlier than expected.

Disney artist, Charles Boyer passed away this week. Learn a little more about the work he created from D23.

Want to get married at Walt Disney World? Did you know you could say “I do” at the Twilight Zone Tower of Terror?

Raya and the Last Dragon will be the first Disney film in 5 years to have a short premiere ahead of it. That short will be called Us Again. Are you excited about the news that there will be a new short ahead of this film?

This is pretty neat. Disney+ now has two Navajo dubbed films available for viewing. Both Finding Nemo and Star Wars: A New Hope can be found on the streaming service. Find out how you can find them here.

Thank you for being a friend. The Golden Girls, while it’s found lots of love in pop culture again recently thanks to streaming sites like Hulu, will have another new streaming site to call home. Blanche, Rose, Dorothy, and Sophia are coming to Disney+. (It’s going to stay on Hulu too, it would appear.)

Ok….I see you going dark Disney. Cruella’s trailer came out and it was certainly an eye opener. I’m definitely intrigued….this looks deliciously different and I’m actually all in.

Dani, on the other hand, isn’t feeling it yet: The general consensus online is how this is Disney’s version of Joker’s and Harleyquinn’s origin story movies. I love Emma Stone, but this trailer made the movie feels like an ill fit on all accounts. Maybe it’ll grow on me.

We’ve all been seemingly loving WandaVision…now we can learn more from this behind the scenes look called Assembled: The Making of WandaVision that’s coming to Disney+ in March!

Did you know how much plants really tell the story that a theme park is trying to set? Go behind the scenes with “The Tree Guy” at Universal Orlando Resort as he helps set the stage of the VelociCoaster.

Joe….well, he says: I want a Hero Tree T-shirt now.

What did we miss? Attach your articles to a Mickey Mouse 90th Anniversary Double Flip Waffle Maker and send it to blog@touringplans.com with the words “In Case You Missed It” in the subject line.

One thought on “What We’re Talking About: Cruella, Tourism Numbers, and The Tree Guy”