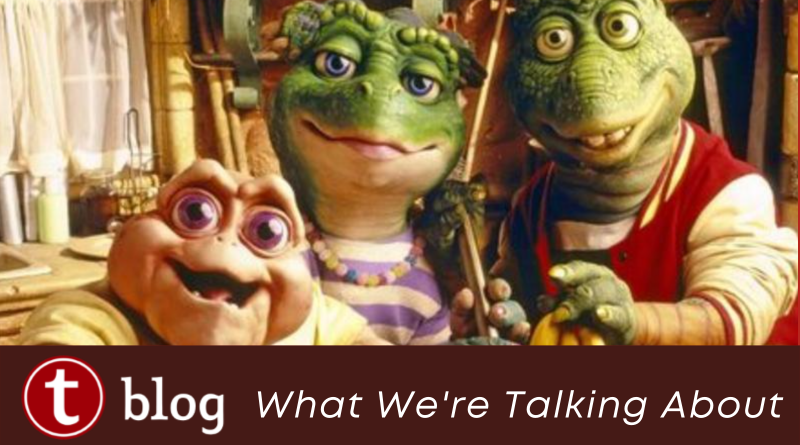 This week, Erin talks about the upcoming reboot of the 90s sitcom, Dinosaurs, Len shares his thoughts on the cancelling of the Lizzie McGuire reboot, and we all have thoughts at the massive amount of news that came out at Disney Investor Day.

Well, last week, was the HUGE media blitz that was Disney Investor Day. If you were on social media, your head was probably spinning with all the announcements. I was watching with my mouth agape as announcement after announcement just kept coming. (Which is why I absolutely couldn’t process it all in time for last week’s “What We’re Talking About” article.  So, while I am certainly not going to discuss every single piece of news that was discussed, I do have a few things that definitely peaked my interest. But please make sure to let us know in the comments what you found to be the most interesting from Investor Day. (If you missed all of it, here is a nice recap of literally everything announced.)

Dani shared that the day of the Investor Meeting, my husband and I sat down that night and watched all the trailers and just kept geeking out. I honestly do not know which thing I am most excited about, Loki maybe?

Fantastic Four will finally be coming home, to Marvel and Disney. That’s because the companies will officially be making their own film for the Marvel Cinematic Universe.

Chadwick Boseman will not be replaced in Black Panther 2, which is slated to begin filming this June.

Peyton Reed will be back to direct the third Ant-Man film which will be called Ant-Man and the Wasp: Quantumania. Paul Rudd, Evangeline Lilly, Michael Douglas, and Michelle Pfeiffer will all return. In addition, Kathryn Newton joins the cast as Cassie Lang, and Jonathan Majors as Kang the Conqueror.

The Guardians of the Galaxy will get a holiday special for Disney+. Why is it not happening this year?!

Captain Marvel will be returning in a sequel, in 2022.

Here is a breakdown of the Marvel content coming for Disney+ and it’s a lot! Which are you looking forward to the most?

Julia said that It’s neat to see that for Marvel, even though I’ve only seen one Marvel movie, they’ve got me excited for WandaVision. It looks like something totally different from anything else out there, and I’m all on board for some originality!

A new Pixar film was announced called Turning Red, which tells the story of a young teenager named Mei, who magically turns into a giant red panda whenever she gets too excited.

Did you know that Buzz Lightyear is apparently based on a real individual in the Pixar world. Cause let me tell you, I sure didn’t! But, looks like we’ll be learning more about that story in the upcoming Lightyear, which features Chris Evans as the titular character.

A film that I didn’t know much about, but is apparently coming in the middle of next year is Encanto. The film takes us to Colombia, where a magical family live in a magical home and will feature songs by Lin-Manuel Miranda.

Disney announced a collaborative project with Pan-African entertainment company Kugali to create an animated science-fiction series to premiere on Disney+ called Iwájú. It will start streaming in 2022.

Four popular Disney animated movies are getting Disney+ series offshoots. They will include Baymax, Tiana, Moana, and Zootopia+. Which of these intrigues you the most?

There will be 10 new Star Wars shows coming to Disney+. Here is the full list. I think I can say that a number of these shows are intriguing, including Ashoka, Lando, as well as the fact that Obi-Wan will feature Hayden Christensen as Darth Vader once again.

Hitting theaters in 2023 will be a new Star Wars movie is currently titled Star Wars: Rogue Squadron and will be directed by Wonder Woman 1984 director Patty Jenkins.

As far as Star Wars is concerned, for Julia, the amount of Star Wars material coming out is simply staggering, and yet each has such a distinct feel for its own portion of the Star Wars universe. There’s so many tales to tell, and I’m excited to see each one of them.

Sister Act was one of my and my brother’s favorite movies as kids and now, it looks like we’ll need to head back into theaters for Sister Act 3.

The Sanderson Sisters are coming back! Hocus Pocus is getting its sequel. Honestly, again….cannot wait for this one. But let me tell you, it’s going to have a lot to live up to. Don’t disappoint me, Disney.

Speaking of sequels – Disenchanted, which will star Amy Adams as Giselle once again, will be heading to Disney+.

In a move I wasn’t expecting, Andy Samberg and John Mulaney will be taking part in a Chip N’ Dale: Rescue Rangers’ Movie.

Well, looks like we’re getting that Lion King sequel. This one will be a prequel to the live action film that came out in 2019.

Harrison Ford is back in the 5th installment of Indiana Jones. This will, supposedly be the final film in the franchise. (Yeah…it’s Disney so I’ll believe it when I see it.)

Disney is developing the modern remakes of two classic comedy films Three Men and a Baby and Cheaper By the Dozen which will both premiere on Disney+ in 2022. The upcoming projects will be headlined by Zac Efron and Gabrielle Union, respectively. Also, Swiss Family Robinson will be coming to the streaming service too in a new show.

Josh Gad and Luke Evans are apparently signed on for a Beauty and the Beast prequel for Disney+.

During Investor Day, it was also announced that Disney+ would be increasing in price by $1, to $7.99 a month.

Longtime Disney executive, Jim McPhee will be retiring this spring. Jim MacPhee was a senior vice president for operations of Walt Disney World and worked for the company for four decades.

The man who brought the original Boba Fett to life, Jeremy Bulloch has passed away. Find out more about how he created the iconic character in the article.

Well, it was given to us and then yanked away. The Lizzie McGuire reboot is now not happening. The reason seems to be that Disney wanted the reboot to be family-friendly and those involved with the project, including Hillary Duff wanted things to be a little more grown up.

Who had on their bingo card that Len would weigh on on the Lizze McGuire reboot? He said, I can’t believe the Lizzy McGuire reboot isn’t happening.

Looking for a new podcast? There’s now one on Spotify that revolves around the upcoming Pixar film, Soul. This podcast takes a look at the behind the scenes of making the movie. In addition, if you want to listen to the film’s soundtrack, you can find that here.

Get ready for the phrase “Not the Mama!” to come back into our vernacular! That’s because the reboot of the 90s sitcom, Dinosaurs is returning to Disney+ this January! Will you be watching? 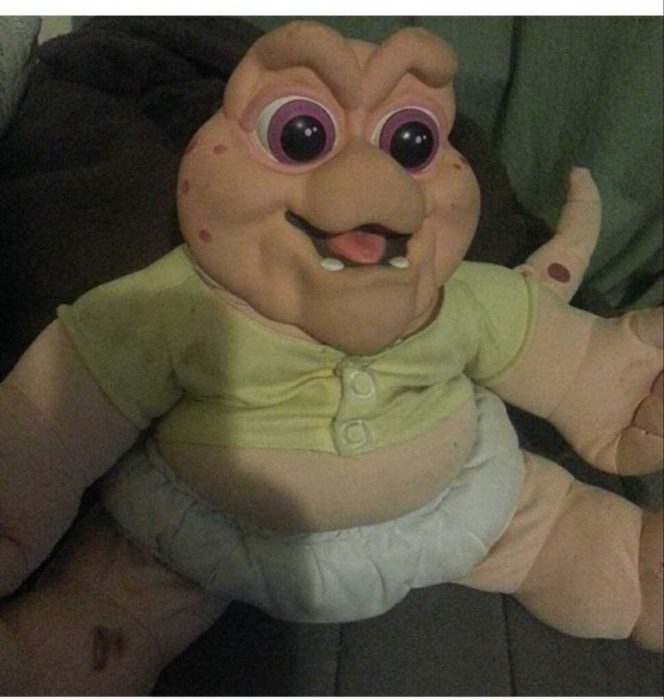 What did we miss? Attach your ideas to Mickey Mouse Sensory Friendly Kids T-Shirt and send it to blog@touringplans.com with the words “In Case You Missed It” in the subject line.

2 thoughts on “What We’re Talking About: Dinosaurs Reboot, Lizzie McGuire Cancelled, and Everything Disney Announced During Investor Day”