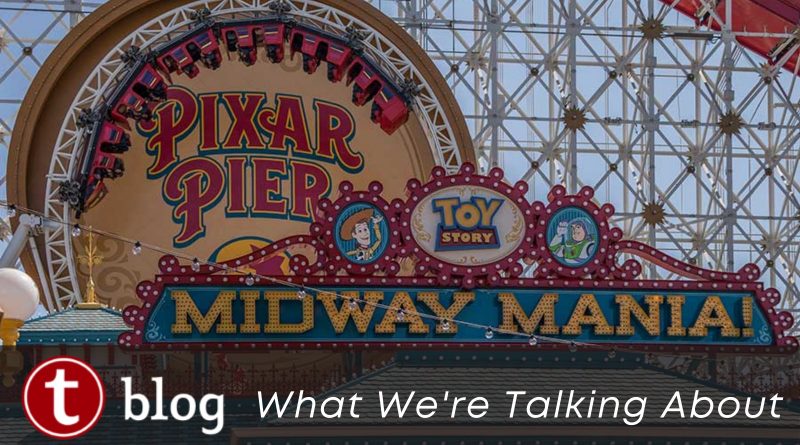 It’s been an interesting back and forth. Right now, California Governor Gavin Newsom says that Disneyland and the other theme parks in the area are not going to be opening at any time soon. The governor is waiting until they see more stability in terms of the data that is coming in.

James has some thoughts: As someone looking forward to planning a trip to Disneyland upon its reopening, this news is a real disappointment, and my heart breaks for the thousands of cast members that still aren’t able to return to work as a result of the continued closure. With that said, I’ve been tracking this pretty closely, and it’s not particularly surprising given the blueprint California established for reopening businesses in the state. The way it’s structured, large theme parks like Disneyland would necessarily be among the last businesses to reopen in the absence of an exception being made. With THAT said, however, there’s an rising amount of increasingly public pressure being exerted for just such an exception, so we’ll have to see in the days and weeks ahead if that gains any traction.

The big discussion this week. I mean this is the news you’ve been waiting for….the age old question has been answered by the voice of Goofy himself, Bill Farmer….is Goofy a dog?

However, another odd bit came out from this article that has Natalie questioning things. She said: Farmer’s revelation that Goofy is not only NOT a dog but that he may have been involved with Jessica Rabbit is a bombshell I wasn’t prepared for, even in 2020.

Jamie Foxx, returning as Electro in the next Spider-man film? But a different Electro than he previously portrayed? Is this all true? According to the Hollywood Reporter, it seems that would be the case. Would you like to see this character brought back in the new version of Spider-man?

Oh and speaking of Spider-man news….Benedict Cumberbatch is also slated to be in the film, as Doctor Strange.

Well this is stinking adorable. Combining Halloween and the Child is the greatest idea ever! Learn how to make a pumpkin themed after Baby Yoda!  I know what I’m doing this year!

This is definitely an interesting development. Universal is hoping to break ground a new affordable housing community in Orange County sometime in 2022.

Dani shares her thoughts about this potentially happening: I am happy to hear about the affordable housing. It is necessary in the attractions area, no doubt. It is important to remember the relationships that theme parks build with the local government. Last year Orange County commissioners voted 4-3 to approve a plan to give $125 million to Universal Orlando to build a new road.

This week, Universal laid off a number of their Team Members. Trust me when I say that my heart goes out to all the Team Members who were impacted.

What did we miss? Attach your ideas to these unique Goofy Earrings and send it to blog@touringplans.com with the words “In Case You Missed It” in the subject line.

One thought on “What We’re Talking About: Disneyland Not Reopening Yet, Is Goofy a Dog, Universal Orlando’s New Housing Project, and More”