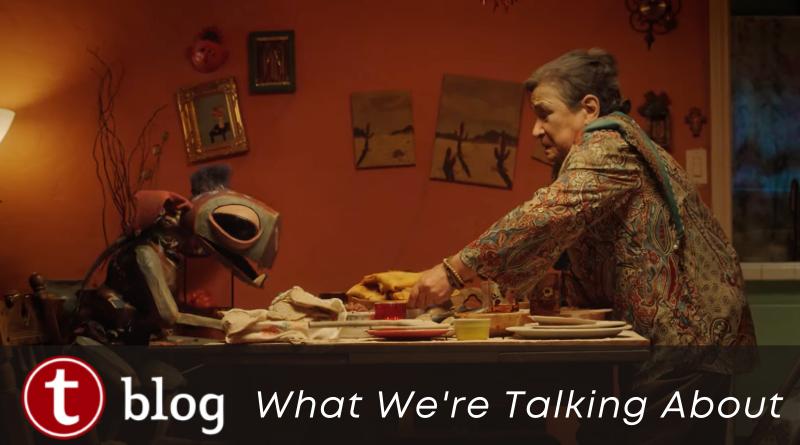 With this week’s edition of What We’re Talking About, Becky, Dani, and James share their thoughts about the new Inclusion Key, Joe shares his favorite lightsaber story title, and more.

This week, Disney announced that they were adding the fifth key to their guidelines – inclusion. This will allow Cast Members to have visible tattoos, gender-inclusive hairstyles, and more. We all clearly have some thoughts about this one.

Becky starts with: I think this change is long overdue. But I’m also a little suspicious that it’s a pretty surface-level “inclusion” initiative. I’m hoping there are deeper diversity and inclusion goals in hiring and guest experience.

Dani shares: Marginalized communities deserve the opportunity to feel included. It is exciting to see “Inclusion” as the new fifth Disney key because the Keys are such a legacy.

And James says: When I told my daughter about this, her reaction was, “finally, Disney!” This is wonderful for Cast Members who have been forced to stifle their self expression while working at Disney, of course, but it also creates a more inclusive environment for guests who may not fit the classic “Disney Look” as well.

When Disneyland reopens at the end of this month, the Haunted Mansion will include an upgrade of a one-eyed cat…which has a long history. Are you excited to see the new additions?

The internet lost it’s mind this past week when Josh D’Amaro showed up on stage with a “real” lightsaber. Here’s how it actually may work.

But this is Joe’s favorite headline for an article about the lightsaber – “Disney Made a ‘Real’ Lightsaber That Can’t Even Mutilate People.“

Disney’s Launchpad, a new filmmaking program dedicated to amplifying underrepresented voices, has unveiled the trailer for six original short films coming to Disney+. All six short films, each centering on the theme of “discover,” will launch on May 28.

Julia noted: I haven’t heard a lot of people talking about this, but the trailer has me hooked. I’m very excited to see this!

Are you ready for Fast and Furious 9? This week we got to see the wild trailer. Thoughts?

Universal Orlando has picked a developer for its new affordable housing project. Wendover Housing Partners, based in Altamonte Springs will build a housing community that will include 1,000 apartments and retail space. Read more about this project here.

What is Universal’s Helios Grand Hotel? The name popped up this week. According to Joe: Appears this trademark is for Universal’s new deluxe hotel on the Epic Universe plot. Of course it’s not a final name, “Wondersea Island” was trademarked for what would become Volcano Bay, but it’s nice to see progress being made on this project.

What did we miss? Attach your articles to Sleepy Time 5-Minute Stories Book and send it to blog@touringplans.com with the words “In Case You Missed It” in the subject line.

One thought on “What We’re Talking About: Disney’s Inclusion Key, Real Lightsabers, and More”