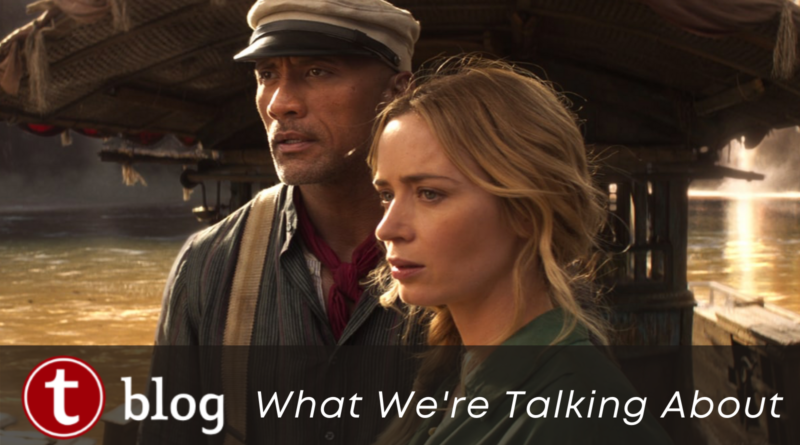 Much to my disappointment, according to Bob Chapek, virtual queues are here to stay. Chapek also weighed in on six feet distancing, as well as when he thinks the parks could be allowing a more full capacity.

Jennifer shares: I’m really hoping this is something that gets walked back or turns out to mean something different than it sounds. I’m not buying that bit about “unprecedented demand for them on both coasts”.  Given that they have primarily been used on the latest, greatest new rides, this feels to me like the proverbial child who offs his parents and then throws himself on the mercy of the court because he is an orphan.

James also weighed in: To the extent that I only place I can think of in recent memory that was actually enforcing the 6 foot rule was the place I got vaccinated, I think the 6 feet versus 3 feet versus whatever is kind of a moot point right now. As capacity increases and things get back to “normal,” I suspect any distance guidelines will be enforced even less. I’m not happy about it either, because I’ve come to enjoy having a bit more personal space, but I think we’re going to be back to “filling in all available space” sooner than later.

Dole Whip in a watermelon wedge? Yep, it’s one of the summertime options at Disney Springs. Does it sound like something you’ll get?

Jennifer states: I think the reason Disney released the recipe that’s reprinted here is that blenders are more accessible than ice cream makers? But if you do have an ice cream maker and you care about it being dairy free, you can buy the mix on Amazon.  Either way, this watermelon stuff is going on my to-do list when I’m there in August.

A sandwich at a Disney park that costs $100? Yep! It’s coming to Avengers Campus! Read what our Len Testa has to say about it here.

Jennifer doesn’t think the sandwich is so bad – if you can all agree, but thinks it may be short lived: I go to Disney with big enough groups to consume a sandwich this size.  But how do you get them to all agree that this is what they most want to eat out of all the menu choices?  After the early social-media splash, I see this one quietly fading away.

This article does a great job of looking at the update of the Snow White story in Snow White Enchanted Wish at Disneyland.

The voice of Sebastian has passed way. Samuel E. Wright was 74. Also, this video called Sebastian’s Party Gras came to my attention this week and, well, hello 90s!

I am so excited to see Cruella this weekend and so it makes me very happy to see that the movie is getting good reviews. Will you be seeing it either in theaters or on Disney+ this weekend?

Apparently Cruella isn’t the only one getting a backstory. Take a look at the backstories of other Disney characters – at least according to James Cordon and the Jonas Brothers. (Head’s up….these are pretty dark.)

Julia thinks: Jungle Cruise has that same sort of vibe as The Mummy, and that sounds like a great thing. It should be hilarious.

What did we miss? Attach your articles to a pair of a Loki Ear Headband and send it to blog@touringplans.com with the words “In Case You Missed It” in the subject line.