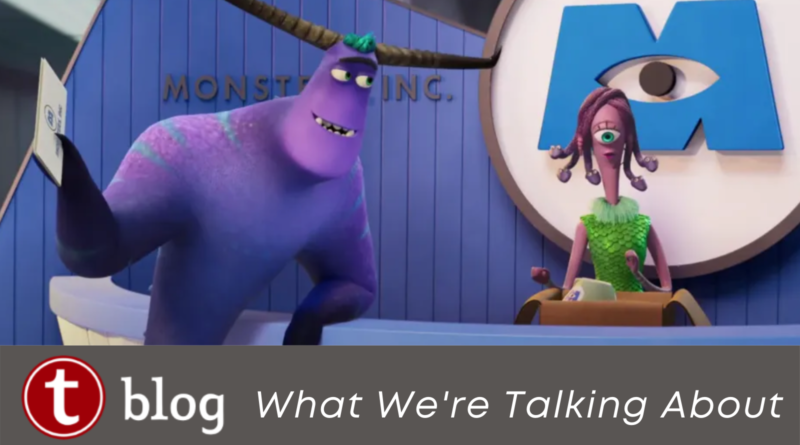 The Walt Disney World Resort has removed 250 alligators since the tragic 2016 death of Lane Graves. Disney is actually working with trappers contracted through the Florida Fish and Wildlife Conservation Commission to remove the gators.

Becky shares: I recently read Bob Iger’s “The Ride of a Lifetime”. And the toughest part of the whole thing was when he talked about the handling of this tragedy. I almost couldn’t get past it. As someone that has travelled to WDW with my 2-year-old kid, it was too real. I’m glad this is still a focus for the company and that they’re making progress in a tangible, but eco-safe way.

Jennifer has a very important question though: The data scientist in me sees the headline and instantly wants to know how many alligators were removed from Walt Disney World in the five years before 2016.  I mean, it’s good that Disney is doing this.  But I have to wonder if/how it’s actually different from what they were doing before, because it’s not like they were doing nothing before.

Jennifer took things a step further….because we had questions….the inquisitive people we are….after seeing the headline, she did some research. Here’s what Jennifer found:

In the 15 months prior to the child’s death, a state-contracted wildlife trapper removed 45 alligators from Disney property, according to the Florida Fish and Wildlife Conservation Commission. At least 95 alligators were captured at the resort between the fatal June 2016 incident and September 2017, the most recently available records indicate. Ten of those reptiles were removed in the week immediately following the toddler’s death as state wildlife officials searched for the alligator responsible for the attack. Earlier this year, FWC had to increase the number of alligators that could legally be taken on Disney property since the company was close to exceeding a state-imposed limit on removals, permit records show.

FWC has granted Walt Disney World a special permit that allows the company to contact a trapper directly to remove nuisance alligators. FWC must later be notified of the number and sizes of alligators captured.Under Disney’s Targeted Harvest Area permit, which was originally issued in 2009, a trapper was allowed to capture 300 alligators before the permit expired in April 2019.By March 2017, records show, at least 250 alligators had already been removed from Disney property under the permit.That month, FWC issued Disney a revised permit that authorizes the company to remove up to 400 alligators through April 2023.

The takeaway?  They might have stepped it up a little after Graves died (which we all agree was tragic), but it’s hard to say they were slacking or not devoting any attention to managing the issue responsibly beforehand.   Jennifer says she’s sure whatever changes were made were beneficial — there’s almost always improvement to be found in a debrief.  But I think this article from this week is basically performance theater. https://www.clickorlando.com/news/2017/11/01/number-of-alligators-captured-at-disney-doubles-since-toddlers-death/  I think one thing to be careful about when looking at the increase is that it could be due to stepped up efforts but it could also be due to changes in population growth due to climate change or the like.  Even with the additional info I found, it’s hard to say how much of the difference is a result of changes that Disney made.   I know, I’m like “You Must Include All the Context!” person.  My kids can tell you all about it.

This source quotes it as 240 between 2006 and 2016.  That’s 21-ish per year.  If it was 45 in the 15 months before the boy died, it was already going up before Disney changed anything. https://www.reuters.com/article/us-florida-alligator-disney/disney-worlds-ongoing-battle-against-nuisance-alligators-idUSKCN0Z91IY
And this whole exchange could have very well been it’s own article! But we have more!

Soon Walt Disney World could be taking their advertising to a new level that is unlike anything they’ve done before. Disney has secured the opportunity to build a dynamic art display at the Hollywood Plaza Garage on International Drive. Under the proposed plan, it will be a ribbonlike display that will have the ability to change or move and will feature artwork including iconic characters, franchises and famous attractions. (I can guarantee it will advertise the latest WDW attractions, Disney+ shows, and more.)

Joe says: “Dynamic art display” it’s a billboard. What is interesting is this is Disney’s first real permanent I Drive installation, so seems they’re acknowledging the importance of the area to their business.

Jennifer agrees with Joe: Joe, your first sentence was my thought exactly!  That said, some billboards have a bigger presence than others — the big billboard at the foot (head?) of Times Square in NYC is also just a billboard, but it’s also an instantly identifiable icon.

So….Scarlett Johansson will produce and star in a Disney’s Tower of Terror movie? Toy Story 4 director Josh Cooley is currently writing the script, though plot details are being kept under wraps. I mean….will anything ever live up to the Steve Guttenberg/Kirsten Dunst version?

Becky has thoughts: Hmmmmm. I’m still unsure how I feel about this whole attraction-turned movie phase. (It feels like a phase, right?). Or in this case, TV show turned attraction turned movie.

Have you caught Luca yet on Disney+? Here are some Easter eggs you’ll want to be on the lookout for!

We got a better idea of what Turner & Hooch for Disney+ will look like. It seems way more big budget than I personally thought it would. So I’m cautiously optimistic on this one. Though I’ve never actually seen the original one, with Tom Hanks. Probably should rectify that if I end up watching this one.

Jennifer is not as optimistic: Maybe some things don’t need to be remade?

Billy Crystal was on Good Morning America talking about Monsters at Work and why Mike Wazowski is his favorite character he’s performed, ever. (Also, head’s up….this interview turns a little iffy at the end…when discussing Katz’s Deli….😬 )

Julia shares: I think Monsters Inc. is my favorite Disney/Pixar film of all time, and so this 10-part “continuation” of the film is very exciting. Casting Billy Crystal as Mike was perfection. What a cute interview, too (although I’m not sure how happy Disney was with how it ended)!

Rachel Zegler has been cast as Snow White in Disney’s upcoming remake of the classic fairytale. She is making her feature film debut as Maria in West Side Story. On a personal note…while I know that I loved Cruella, I’m still not sold on these live action remakes. Cruella felt very different than the others, it wasn’t a retelling, but a unique “original” story. I guess we’ll just see where this Snow White remake takes us.

What did we miss? Attach your articles to a Lilo & Stitch Monopoly Game and send it to blog@touringplans.com with the words “In Case You Missed It” in the subject line.

One thought on “What We’re Talking About: Dynamic Art Displays, Tower of Terror, & More”