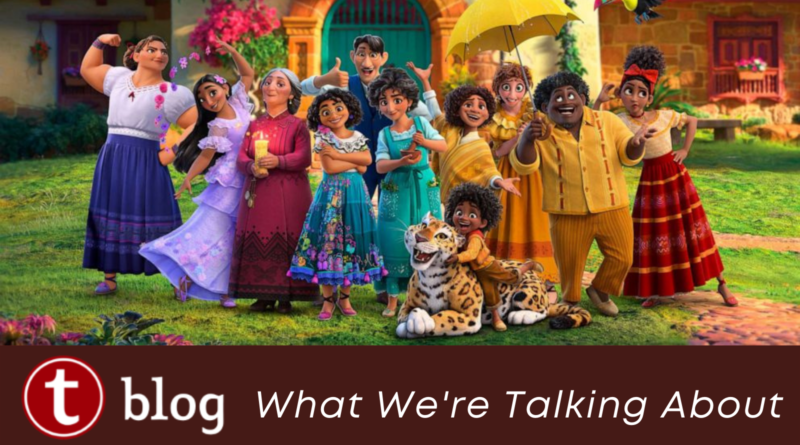 In Case You Missed It
October 1, 2021September 30, 2021 Rikki Niblett 0 Comments What We're Talking About
Share This!

First, I want to say…Happy Anniversary Walt Disney World! 50 has never looked so good and I’m so excited to be celebrating with you!

Also celebrating? There are a number of Walt Disney World Cast Members who have worked at the resort for 50 years! Congrats to them!

Disney is facing new copyright termination attempts from the heirs of comic book authors including Spider-Man co-creator Steve Ditko, and one must wonder whether history will repeat itself. What’s the history? Take a look at this article to find out. It’s intriguing.

Joe says: I doubt Disney will lose this one but it’s a complicated issue due to Disneys own pushing of the copyright law.

Have you seen the new trailer for the upcoming film, Encanto? What do you think of the film so far?

Julia is excited: I’m absolutely delighted to see the trailer for this, and I think it’s the kind of movie I’d enjoy. It doesn’t feel like it has a lot of resonance for younger audiences, though. That may not be an issue, or it might. In many respects, for me it has the same sort of “made for older audiences with life experience” vibe that something like Inside Out had.

If you liked the Disney+ show, Mysterious Benedict Society, I bring good news! The show got renewed for a second season! The show is based on the book series of the same name by Trenton Lee Stewart. The series follows four gifted orphans who are recruited by the eccentric Mr. Benedict  Season 2 picks up as the team of four intrepid orphans reunite a year after their first mission, when they were assembled by Mr. Benedict and his cohorts to foil the nefarious “Emergency” created by Benedict’s twin brother Dr. L.D. Curtain.

Becky won’t be watching season 2 though: I watched the first two episodes of season one and just couldn’t get into it. I rarely bail on shows mid-season, but this one just didn’t cut it for me.

Following Walt Disney World’s lead, Universal Orlando Resort will be relaxing their dress code for Team Members, allowing for visible tattoos, makeup for all, and more.

Joe is happy about the change: It’s wonderful to see Universal following Disneys lead in expanding the acceptable grooming standards. I’ve noticed VelociCoaster’s Team Members matching nail polish to the uniforms so I’m excited to see what other creative things Team Members do.

What did we miss? Attach your articles to Hocus Pocus: The Game and send it to blog@touringplans.com with the words “In Case You Missed It” in the subject line.