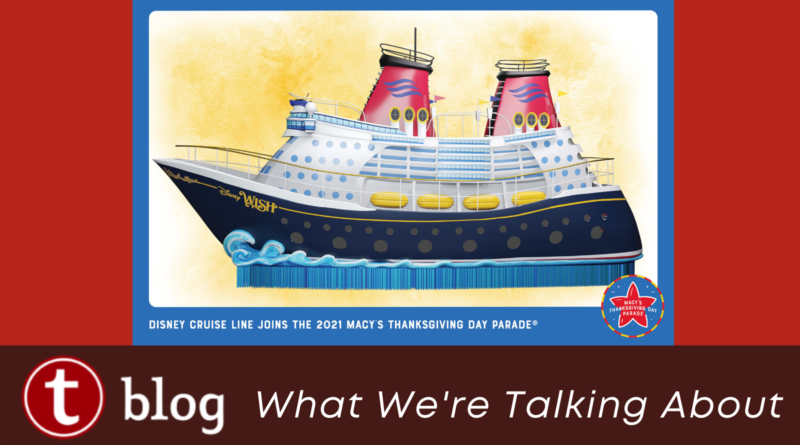 Is there anything else to talk about besides Disney Genie this week? I found a few things.

To start with, filming has begun on Guardians of the Galaxy: Cosmic Rewind!

Jennifer is torn on this news: I don’t know how to feel about this.  On the one hand – not Vol. 3?  Mwaaaah. So sad.  On the other hand, scenes for Cosmic Rewind – Yay!  Maybe we can clone the team and they can do everything at once?

When Walt Disney World’s Swan Reserve opens, guests will be able to treat themselves to four new restaurants. There will be Amare; a full-service Mediterranean-inspired restaurant, Tangerine; a poolside bar and grill, Grounds; which will have a selection of grab-and-go items, and Stir, a lounge area in the lobby.

Laurel is excited about more food options: I will never not laugh at the name “Swan Reserve” (it sounds like a place people pay to hunt fowl). This is great news knowing that the food and beverage over there is generally really good. The Swolphin has more good dining options than the rest of the Boardwalk area.

On November 25, Disney Cruise Line’s brand-new cruise ship float will take part in the 95th Macy’s Thanksgiving Day Parade. The float is called “Magic Meets the Sea” and is inspired by the  Disney Wish.

Becky is excited: How fun! I watch the Thanksgiving Day Parade with my girls every single year. I enjoy it way more than they do … but we’ll all be excited to watch for this float.

Sad news. Now we have to wait even longer for some Marvel films. Doctor Strange, Thor and Black Panther have all been pushed back.

Becky was initially concerned: I’ll admit that when I saw this headline pop up earlier this week, I was convinced things were going to start running years behind. I was actually pleasantly surprised that it was generally just a couple of months.

Bob chimed in: Is it too sassy to say I’m really looking forward to “Untitled Marvel”?

Are you a Disney Channel movie fan? Are there original movies that you wish that they would have made a sequel to? ScreenRant shares their top picks.

Inspired by the infamous concept and painting by artist Marc Davis. Dita Von Teese was portrayed in a haunting “stretching portrait” that depicts the tightrope walker, unaware of her doom below.

Laurel says: We should all be talking about this awesome photo. Between her always showing up for DL Dapper Days and this, I’m loving the DvT Disney connection.

What did we miss? Attach your articles to a Binx Latte Mug and send it to blog@touringplans.com with the words “In Case You Missed It” in the subject line.

One thought on “What We’re Talking About: Guardians of the Galaxy: Cosmic Rewind, Macy’s Thanksgiving Day Parade, and More”