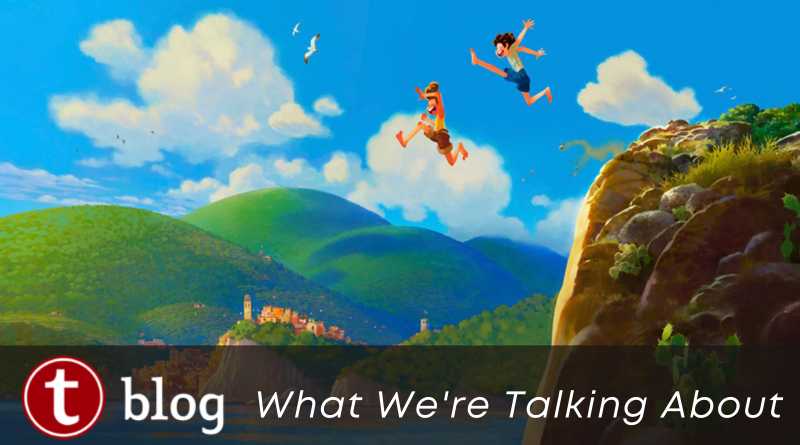 With this week’s edition of What We’re Talking About, Dani and Joe share thoughts on if Guests are happier now visiting Walt Disney World, Julia discusses a National Treasure TV show, and Dani and Joe discuss the recent movie shake up.

According to a report from the Orlando Sentinel, Bob Chapek claims that Guests are much happier visiting the parks now than they were prior to the pandemic.

Dani states that There are some positives of visiting the parks right now. I’ve had many great visits and spoken with many people who have enjoyed their recent visits. But, there’s no denying the changes are pretty drastic. Many guests are looking forward to some of the closed venues reopening and discontinued experiences hopefully coming back sooner than later.

Looking for a fun playlist to listen to while working? Disney released their Work From Home playlist on Spotify and it’s so much fun!

Last week, Disney said that they would be making the call about Black Widow‘s release much closer to the film’s release. I guess one week closer IS technically closer. Not only is that blockbuster film coming out on Disney+ (for an extra fee) AND in theaters, but also Cruella. Another film seeing a change, but this time, moving to ONLY streaming, and it will not be for an extra fee, is the film from Pixar called Luca.

Dani says: Black Widow just might, big might, be the first movie my husband and I see in a movie theater since everything changed.

Joe is also anxious for a film’s release stating: Excited to watch Luca at home!

National Treasure, a film that many wish would see another sequel is going to get one, of sorts. That’s because Disney+ has ordered 10 episodes of a new TV series based on the popular films. The show will keep the same concept as the movies, but will feature a much younger cast.

Julia shares: I don’t know if I ever saw National Treasure or not (or if I did, it didn’t make a big impression), but this seems like a great thing for a serial. It is interesting how Disney+ is really working on adding “TV-watching-type” content. I hadn’t really considered that would be a thing for a while because their library of existing stuff was so large.

If you want to watch the National Treasure TV show or anything else on Disney+, know that today, the service increased in price by $1. Does that dissuade you at all?

What did we miss? Attach your articles to a Mickey Mouse Plush Easter Bunny and send it to blog@touringplans.com with the words “In Case You Missed It” in the subject line.