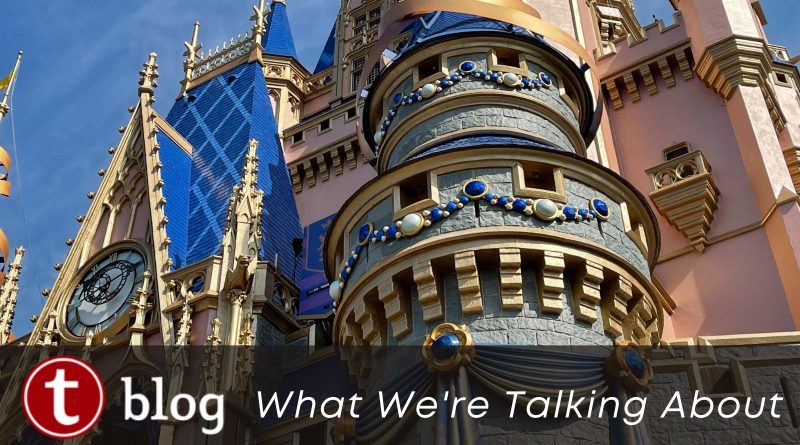 Well, Disney missed the mark a little bit. They didn’t get as many subscribers to Disney+ as was expected and the parks revenues are still being hampered by COVID restrictions, as Disney reported their second quarter results this week.

Julia states: While you never want to be a shareholder seeing a company miss earnings estimates on a quarterly call, and although I’d love to see the return of dividends, I’m not displeased with how Disney has weathered the COVID challenges.  There’s so much pent-up travel demand, too. Q3 will be interesting, but Q4 is where I really want to see how numbers look.

Becky had thoughts about the Disney+ numbers: Ooh, first time Disney+ subscriber number has disappointed. Still, they’re way ahead of their original pre-pandemic estimates there.

Jennifer also states: I agree.  I think some of what is happening with Disney+ is the explosion of competition in this landscape with each network/studio now launching it’s own streaming service.  There are only so many times any one family is going to fork over an extra $8 a month on top of basic cable and networks.  It will be interesting to see which ones are the survivors – I think Disney+ has more to offer than some of the others, but it will take people a while to figure out which ones are worth it and which ones are not.

With the leadership changes of moving Bob Chapek into a more prominent role as CEO, Variety reports that there’s been some turbulence over the company’s reorganization.

Julia shares her thoughts on these kinds of changes within companies: Having been through a lot of reorganizations (some smooth, some where there were padlocks on the gates or security guards were called in to clear the building), Disney’s reorg is going fairly smoothly. Yes, there’s going to be conflicts and such, but there’s not as much drama as other reorgs that I’ve seen.

Broadway is coming back and Aladdin will be back playing at the New Amsterdam Theatre beginning on September 28. (And if you missed it, The Lion King will be back beginning September 14. Frozen will not be returning.)

James is excited about this prospect: This is great news for fans and performers alike, and while it seems like a while from now, I’m sure they are going to need some time to ramp their operation back up (and give people more time to get vaccinated), so it makes sense.  I know I’m excited to see the theater return — it’s not just Aladdin, but other favorites like Hamilton, Wicked and The Lion King coming back in September — and the chance to get a Disney fix on the stage will be welcome after it being gone so long.

Well another Disney film is going to be doing the movie theater/Disney+ premier access route. Jungle Cruise will be opening on July 30. Will you head to the theater to see or go the Disney+ route? Or are you on the fence about this Dwayne Johnson/Emily Blunt film?

If you have little ones, you’ll want to be on the lookout for an upcoming new Disney Junior animated series called Alice’s Wonderland Bakery. The show will debut in 2022 and is about Alice, the great-granddaughter of the character from the films. Each episode will feature two 11-minute stories about Alice, a baker at Wonderland Bakery, and her adventures with her friends — Fergie, a white rabbit; Hattie, her madcap friend; and Rosa, the Princess of Hearts.

We all have gone into a Disney film and thought….woah! I wasn’t expecting that! That hit me right in the feels and absolutely took me by surprise! Buzzfeed breaks down 25 of the top movie moments that caused people to audibly react in theaters.

Becky discussed what she thinks about this list: Some of the things on this list are silly (it’s buzzfeed, after all). But others are legitimate reasons why I want to get back into theaters. Now that we can watch things from home, it’s making us reevaluate what we’ll be oging to a theater to see. But that Hans reveal in Frozen was SO GOOD. Full-theater gasp. We went back to the theater a second time to see it just to experience that group gasp again (knowing it was coming). Paying twice for a movie is unprecedented for us.

What? There’s a new Harry Potter store coming to New York and it’s going to offer official Butterbeer at their Butterbeer Bar (What?!) from The Wizarding World! Sign us up! What makes it even better? They are offering a vegan and gluten-free version too and are the first location in the US to do so! (They will also offer two different size options too, which is a great idea. Also, we LOVE the uniquely designed Butterbeer mugs they’ll offer too.)

Joe says: The creation of a gluten free, vegan Butterbeer is fantastic news. I hope this option quickly comes to the parks so more guests can enjoy Butterbeer. (And also because I can take bottles home with me!)

What did we miss? Attach your articles to a Mickey Mouse Repeatables Snack Container and send it to blog@touringplans.com with the words “In Case You Missed It” in the subject line.