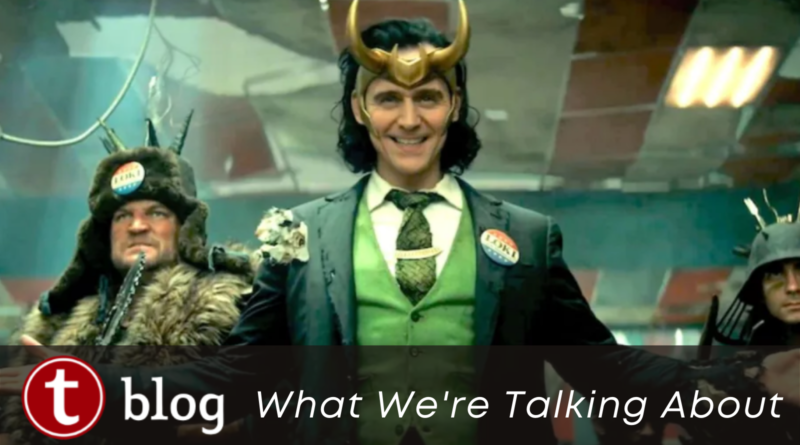 Sometimes a little magic and luck are just the ticket. That’s because a Disney bus driver was able to find and therefore Disney was able to return a set of rings to an individual who lost the pair of rings on her vacation. Read more about the story here. Have you ever had anything end up missing on a trip, but Disney found it and mailed it back to you? (My husband left a “Who Wants to Be a Millionaire lanyard and pin set in our hotel room once and they mailed those back to us! They aren’t rings, but they are still really cool.)

It’s been a long time coming, and experienced delay after delay, but it’s official. E-ZPass can finally be used throughout the state of Florida.

This week, General Mills and Marvel combined to make the best thing ever to hit the breakfast table. That’s because they created Loki Charms. Unfortunately they are all sold out, but the fact that they even made them is still pretty amazing.

According to Deadline, The debut of Loki is slated to be the most watched TV show debut on Disney+. Have you watched it yet?

Becky has! She shares: I LOVED this episode. It was a bit heavy on exposition, but it had to be. I’ll avoid spoilers, and just say that Tom Hiddleston is a master at conveying emotion, and I’m really really looking forward to seeing him embrace this character throughout the season.

Curious about the upcoming Pixar film, Luca? Take a look at a preview of the film in an exclusive clip. Luca debuts officially on Disney+ on June 18.

Joe has his night planned for when the movie debuts: Super excited to see this movie with a glass of white wine and some Italian food, all whole wildly gesticulating like an old Italian grandfather.

Honestly, I’m not shocked. There is talk about a Cruella sequel.

With the success of Cruella, who would you like to see as the next Disney villain to have their backstory be told? Buzzfeed shares their thoughts, in their traditional style.

The big news for this week is of course, the opening of the Jurassic World VelociCoaster. As someone who’s ridden it already, I can say it’s absolutely worth the hype. (Plus, I love that Universal played with the churro stand story to the very end.) If you are curious what the attraction is like, this POV video is something you’re going to want to watch.

What did we miss? Attach your articles to a Walt Disney World Bucket Hat in Mint and send it to blog@touringplans.com with the words “In Case You Missed It” in the subject line.