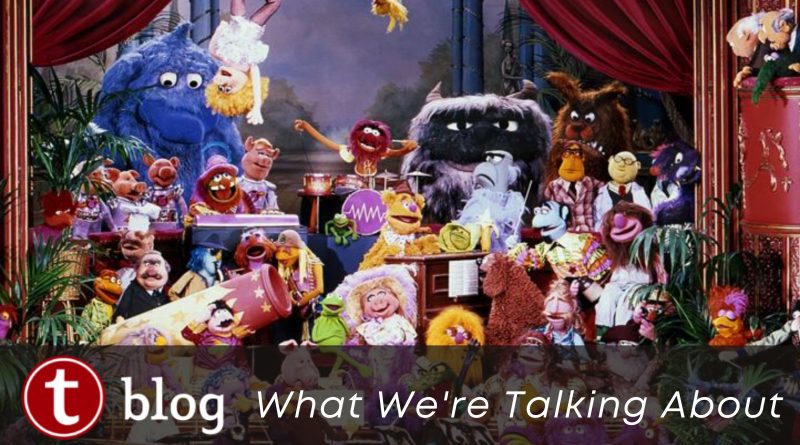 This week, Dani shares her thoughts about the latest injury report, Joe discusses the interestingness of Chevrolet and Walt Disney World teaming up for the debut of Chevy’s new vehicle, and Julia is excited for Muppets.

This week marked the closing of the Hall of Presidents as we usher in a new one. Len spoke with MarketWatch about what he believes should be the future of the attraction.

With the news that Disneyland’s Annual Passes going away, The Orlando Sentinel took a look at the status and frustrations that surround Walt Disney World’s Annual Pass set up currently. What are your thoughts about the current WDW system?

Speaking of the cancellation of Disneyland Annual Passes, The OC Register takes a look at the program and why it may be a good thing (?) that they were all cancelled.

This is weird, but also interesting. Chevrolet is teaming up with Walt Disney World to unveil the carmaker’s newest all-electric vehicles: The next-gen Bolt EV and all-new Bolt EUV.

Joe also thinks this is odd. This is so weird and kinda old school. Wonder if we’ll see these at Test Track or as part of a new Minnie Van deployment.

The Walt Disney Company has revealed 2020 compensation for its top executives. Executive chairman Bob Iger made $21 million in total compensation, while CEO Bob Chapek, who became CEO in late February, made $14 million, according to reports.

Another Disney Great, Dale Baer, who was an animator for five decades, passed away this week. A few of his credits include Who Framed Roger Rabbit, The Lion King, The Emperor’s New Groove, The Princes and the Frog, and Zootopia.

It’s definitely time to play the music and it’s time to light the lights! That’s because The Muppet Show is returning; unfortunately it’s not tonight. But it is coming to Disney+ soon! All 5 seasons of the original show will soon find a home there in February. Are you excited?

Julia is excited! Muppets!! Cannot like this enough — what’s really cool about The Muppet Show is that even though my tween daughter has no clue who many of the special guest stars are, the show itself is timeless enough that it still works all these years later. For a variety show to have that much staying power is really impressive.

The latest Walt Disney World and Universal Orlando injury report is out for the quarter.

Dani shared her thoughts In regards to the theme park safety article in the Orlando Sentinel, I’m curious as to how many of the average visitors would read these reports or pay attention to them. Safety is absolutely paramount at any of the theme park, but accidents will happen. Overall theme parks seem safe although Volcano Bay has had some issues in the past that are of concern.

What did we miss? Attach your ideas to a Minnie Mouse Polka Dot Purse and send it to blog@touringplans.com with the words “In Case You Missed It” in the subject line.

4 thoughts on “What We’re Talking About: Muppets, Chevy, Injuries, and More”