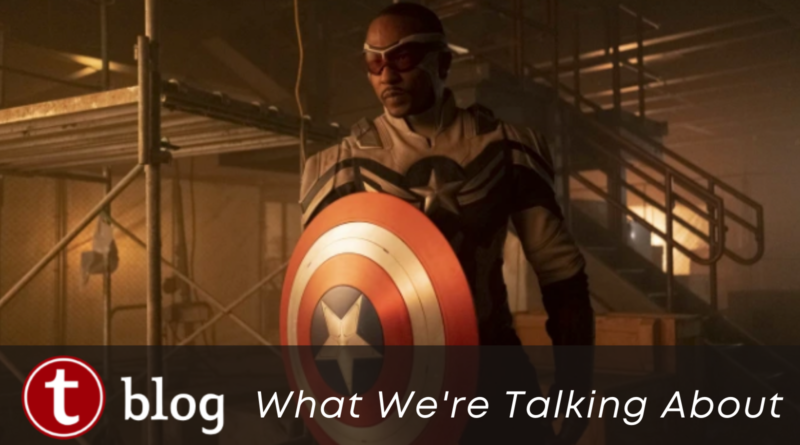 Featured Series
August 20, 2021September 24, 2022 Rikki Niblett 0 Comments In Case You Missed It, What We're Talking About
Share This!

Who didn’t see this coming? NBA Experience at Disney Springs is officially no more. I’m shocked. (She says sarcastically.) My cohorts here agree.

Starting with James: It was not a question of if, it was a question of when. This place never really got any traction, and had trouble getting people in the door even when it was shiny and new. It leaves behind a large amount of indoor space, however, so here’s hoping they do something cool with it!

Joe has an idea: Iger’s Folly. I hope they do some indoor glow in the dark mini golf; it’ll pair well with Splitsville during rainy days.

Becky has an interesting take: So maybe Disney got the payoff of opening this place by the NBA having their bubble season on-property. It was really a ploy to have a good relationship with the league anyway. So … success?

And Julia is onboard with Joe’s suggestion: Disney synergy re: minigolf — ABC’s Holey Moley, the indoor course! It also has a weird NBA connection, too.

Disney is still working on incredible robots that seem almost lifelike. The New York Times took a look at the most recent offerings.

Joe has a different take about these robots though: Disney’s batting average on these sort of initiatives is abysmal: from Lucky the Dino yo Muppet Mobile Labs to the new Fantasyland dragon. Why spent $25-50m on a figure + maintenance to walk around when you can pay an actor $50k a year?

Big changes for the cruise industry. The Bahamas has announced that cruise ships with passengers shall not be permitted to enter a port in The Bahamas, including Disney’s Castaway Cay, beginning September 3, 2021 until November 1, 2021 unless the captain/master of the cruise ship transmits manifest which discloses vaccination status of all persons on board, all passengers over 12 are fully vaccinated, and health protocols the cruise line previously submitted to the competent authority has been complied with. Learn more via Disney Cruise Line Blog.

Julia shares: Personally, I’m thankful that the Bahamian government is doing what the state of Florida won’t — saying that if you’re not willing to get vaccinated, there’s consequences. This will impact a lot of cruise lines. It will be interesting to watch it play out.

Disney recently shared some new details with behind-the-scenes looks about the Disney Wish that have me very excited, like the fact that there will be two storylines for the AquaMouse! Find out all the other fun details in Travel + Leisure.

Julia has a query though: The “design a ride” thing for Oceaneer Club — I guess that’s what happened with the CyberSpaceMountain pods from DisneyQuest?

If you are a fan of Disney Princesses, this next week is for you! Get ready for the first-ever World Princess Week which will kick off Aug. 23, and feature brand-new products and festivities, like the Call a Princess hotline.

Joe chimes in with the quote of the day: If this isn’t a Who Wants to be a Millionaire lifeline option I’m going to riot.

Eternals is the next Marvel Cinematic Universe movie to release after Shang-Chi and the Legend of the Ten Rings, and the third film in Phase 4. This week, we got to see the trailer for the film. What are your thoughts?

Becky’s thrilled about this news: I am very excited about this … as long as he doesn’t have the weird cowl thing as part of his new look.

Bob’s also looking forward to Mackie in the role: Mackie was excellent in “Falcon and the Winter Soldier;” it’ll be fun to see where he takes us from there.

What did we miss? Attach your articles to a Rosita Disney Parks Wishables Plush and send it to blog@touringplans.com with the words “In Case You Missed It” in the subject line.