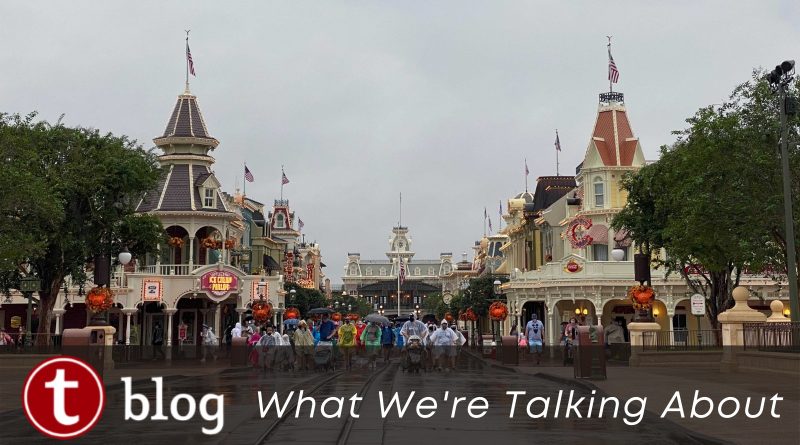 This week, see what Dani and Shannon have to say about the loss of equity performers at Walt Disney World and what Joe thinks about the first house announced for 2021’s Halloween Horror Nights.

My heart and everyone else’s broke this week with the news that 720 performers were let go from Walt Disney World this week.

Shannon shared It makes me very sad!  I really love the entertainers and have hopes for their return.

Dani stated The loss of entertainment is not surprising, but it still stings. There is so much talent, including the technicians and others behind the scenes, and to see that talent removed from Disney is devastating. And it is disappointing since other theme parks have found ways to keep a lot of their entertainment.

I definitely agree with Dani…while we think mostly of just the performers, the behind the scenes talent should also not be forgotten. Let us know your thoughts and share your favorite Cast Member stories in the comments.

The Actors’ Equity Association has released a statement about equity performers who are being laid off at Disney World.

Tying into the whole loss of Cast Members, Elizabeth Warren is not happy with Bob Chapek’s response to her request asking why the executive salaries got restore, but many Cast Members are being laid off. In her response to Chapek, she stated “Disney won’t answer my questions because it has no good answers. The company said it was simply unfeasible to keep paying workers yet had no explanation for how it was feasible to restore senior executive pay.” Thoughts?

Get ready to be welcomed back to at least one Disney entity in California! The Walt Disney Family Museum will be able to reopen soon! Have you ever visited?

Disney is making inclusivity even more attainable with a brand new line of merchandise options. Learn about this new line of adaptive and sensory-friendly products which are bringing the magic in new ways. This is awesome!

Ever wanted to see Olaf share the story of the Star Wars prequels? Well, Josh Gad delivered this week. I didn’t know I needed this….but now…I know I do.

Halloween Horror Nights is my jam and I missed it dearly this year. (Yes, even a professed chicken can enjoy HHN!) So this week, they announced what the first house for 2021 will be in this awesome behind the scenes video. If you’ve ever wanted to know what it was like to experience a house and wanted to see what makes up building a house, this video is for you. (Note…it’s kind of gory).

Joe, who loves HHN, states This is the earliest we’ve ever seen a preview of the next HHN and I am so excited. This house looks terrifying (in the best way) and the creative execution of the concept is inspired. Is it September 2021 yet?

What did we miss? Attach your ideas to a Walt Disney World Mask – Wishes Come True Blue and send it to blog@touringplans.com with the words “In Case You Missed It” in the subject line.

One thought on “What We’re Talking About: Laid Off Equity Performers, Halloween Horror Nights 2021, and More”