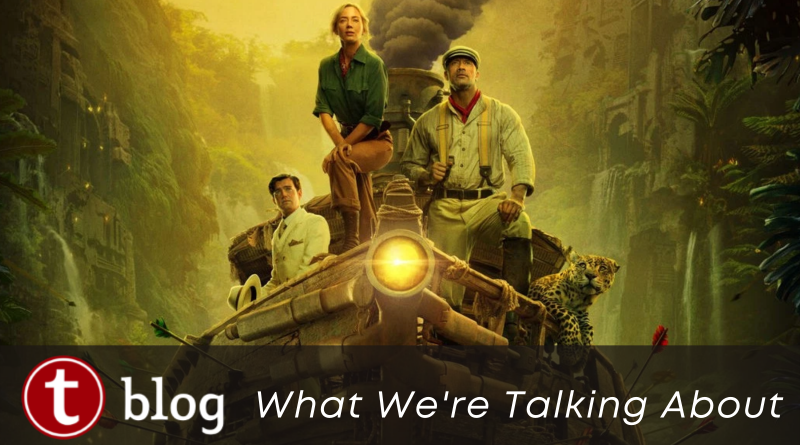 With this week’s edition of What We’re Talking About, Julia shares her thoughts on a man who ran from Disneyland to Walt Disney World, Dani lets us know what she thinks about the ease at which Cast Members can now get their COVID-19 vaccine and Dani and I both share thoughts on Cruella’s latest trailer, and more.

Dani sums it up nicely and I couldn’t agree more: One word: hallelujah

Josh D’Amaro, Disney Parks Chairman, is thinking about the future and shared his thoughts with CNN about where he sees Disney going in the next 50 years. (Hint….the word metaverse was used.)

This week, a man from Texas just finished a run between Disneyland to Disney World. What an incredible accomplishment. (Says someone who has struggled with her own running journey.)

Julia says: It’s a really amazing feat. I’m intimidated by sitting on an airplane to get between the two locations!

Did you know that a number of Guinness World Records have been completed at the Walt Disney World Resort? Which one is most amazing to you?

Disney has confirmed that both Jungle Cruise and Free Guy will be premiering exclusively in theaters. Neither of these films will not be released on Disney+ on the same day. This makes me wonder what it is about those two films that makes them only theater worthy. (Especially Free Guy.) This is also especially true when you know that a number of other Disney films were recently announced that they would be debuting in both ways, including Black Widow, as well as the film I’m about to talk about next – Cruella.

Let me be honest. The more I see about the upcoming film, Cruella, the more intrigued I am. When they first announced this, I was really against it. I thought…oh….it’s just another way to make yet another live action film. But, now, I have to say, this looks deliciously wicked and I will be seeing this film “opening weekend” whether it’s on Disney+ or in an actual theater. (Also Emma Thompson….wow….she’s going to be incredible in this. I just know it.)

Dani differs from me though: Was hoping against hope this new trailer would do it for me. Love the visuals. Love the style. Hate that it does not fit the character. But as perhaps it’ll grow on me.

What did we miss? Attach your articles to a Mickey Mouse Tropical Wood Serving Tray (oh my goodness, I am in LOVE with this collection!) and send it to blog@touringplans.com with the words “In Case You Missed It” in the subject line.