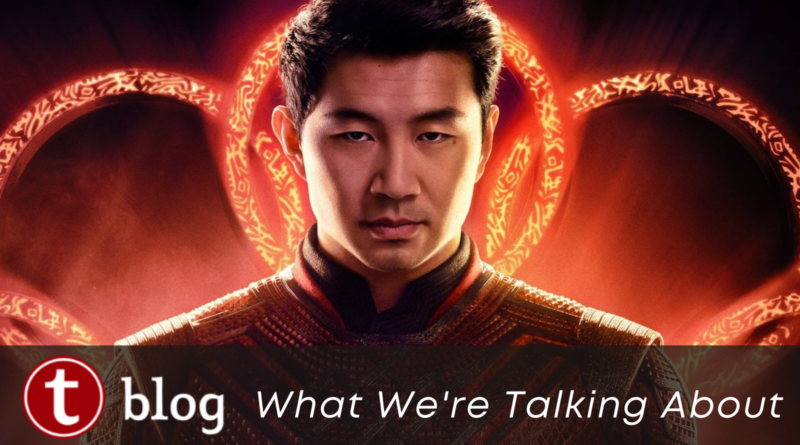 In Case You Missed It
September 10, 2021September 9, 2021 Rikki Niblett 0 Comments What We're Talking About
Share This!

There’s a new baby at Disney’s Animal Kingdom! A white rhino calf has been born. The endangered rhino was born Wednesday morning to first-time mom Jao.

Jennifer agrees: One of my favorite things is seeing Animal Kingdom’s “babies” as they grow up and become not-babies.  It seems like only yesterday that Stella and Luna (the elephants) were tiny, and baby Grace (the gorilla) was the little one.  Baby-watching is a staple of Magic of the Animal Kingdom series on Disney+ and I am secretly addicted to it.  I hope they make more seasons so I can get my animal babies fix when I’m not in the parks.

This weekend, Shang-Chi and the Legend of the Ten Rings simply dominated the weekend box office with an all-time record for a film opening over Labor Day with an estimated $90 million in ticket sales over the four-day weekend.

Jennifer shared: I knew nothing about this movie before it came out and now I want to see it because everyone says it’s amazing.  On a different note, really happy to see that people still find a lot of value in the movie theater experience after a year or so of watching movies only from our sofas.

Becky chimed in: This is the first MCU movie that I haven’t seen in theaters on opening weekend

But not to worry, we’ve got plans to see it this Friday night! I’m so excited!

But perhaps Simu Liu had the best response to the haters who thought the film would fail.

This week, we got two more big names for the upcoming Haunted Mansion film that’s in the works. Both Owen Wilson and Rosario Dawson have been added to the line up.

Joe is optimistic: The Haunted Mansion movie rumors have been on and off for well over a decade now so I’m still skeptical of it being made BUT the round of castings this week is the best sign so far it will actually move forward.

Speaking of Haunted Mansion goodness….have I mentioned how excited I am for the Muppets Haunted Mansion? Well, we now have a debut date for the Disney+ special and that’s October 8!

Jennifer shares my excitement: Muppets!!!  Do we need to say anything more?

Bob is also excited: You took the words right out of my mouth. Muppets!

Speaking of Disney+, they have shared a number of Halloween themed entertainment to watch this season. They call it their Hallowstream line up.

Bob says: I’m almost certain I’m the only one who has never seen “Hocus Pocus.” I’ll have to remedy that soon.

What did we miss? Attach your articles to a Shang-Chi Jacket and send it to blog@touringplans.com with the words “In Case You Missed It” in the subject line.