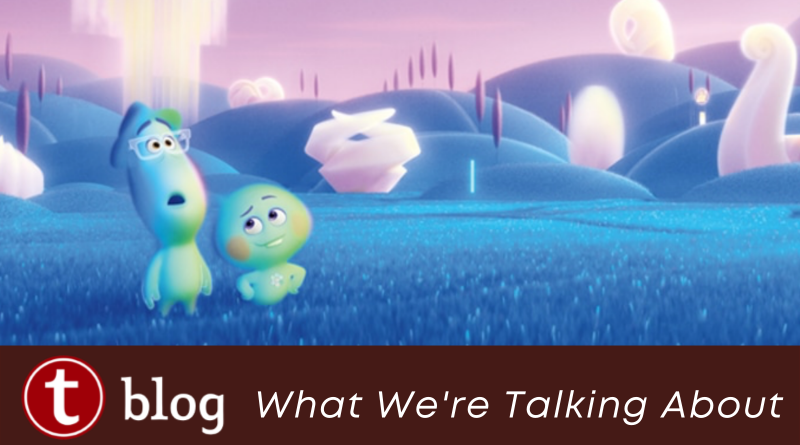 Featured Series
January 8, 2021September 24, 2022 Rikki Niblett 2 Comments In Case You Missed It, What We're Talking About
Share This!

This week, Julia shares her thoughts about how odd it is that Soul is actually playing in other countries at movie theaters, Joe discusses his hope for Disney’s Animal Kingdom now that Joe Rohde has retired, and Dani shares her thoughts on the loss of another noteworthy Disney executive.

This week, we saw the passing of another former Disney executive. Ron Dominguez, a former vice president of Disneyland and Executive Vice President of Walt Disney Attractions for the West Coast, died on January 1. The Hollywood Reporter shares more about him.

Dani shared From 2005 to 2016 I would go to Disneyland once if not twice every single year. As a Florida native I loved how different Disneyland feels compared to Walt Disney World, and part of that special feeling comes from the history of people like Mr. Dominguez. It gets harder every year as people connected to the early days of Disney pass away.

It is the end of an era. Joe Rohde has officially retired after 40 years from Walt Disney Imagineering. The LA Times did a great article that discussed his work, as well as the Disney Parks, and what’s next for him.  Personally, some of the things that Joe has worked on have been some of my favorite things that Disney has ever done. The attention to detail that he and his team put into the parks and other locations around the world is unmatched.

Joe shared his hope for the future without Joe Rohde in the picture. My eyes got caught at the quote that Animal Kingdom is not a Zootopia like world. I agree, and I hope when Joe leaves they don’t add it to the park.

In this piece from USA Today about the theme parks in 2021, it’s interesting what was talked about, and what wasn’t talked about. Of course, social media has been buzzing about what it all could mean.

The big Star Wars news this week and it was the fact that characters from The Mandalorian may in fact, come to Star Wars: Galaxy’s Edge. While I have no real care which characters are in the land (I know….not the biggest Star Wars fan…..) truthfully, if Disney were to make this change, it would make sense. As the article states, the characters from the most recent trilogy aren’t really connecting with Guests, but you know who is? Baby Yoda……it would make complete sense if Disney were to say….hey….come see Baby Yoda at Star Wars: Galaxy’s Edge. What do you think?

Did you know that there are actually movies playing in other countries? And Soul is one of them! The film is actually doing amazingly in China. If it continues this trajectory, it would become Pixar’s second biggest-grosser in China after Coco, according to Deadline.

Julia shares my shock about hearing this news. Even though just about everyone I know has seen Soul, it’s jarring to see articles mentioning box office take in other countries — since worldwide box office take for these films will be so low compared to what we’re used to with few/no US showings, as well as the idea that in other countries there are people who can actually go to movie theaters to see films.

Dani stated that she personally loved Soul more than I thought I would, and that’s saying a lot because I had high expectations. Hoping to watch it again this weekend, and I hope it gets the recognition it deserves.

As for my thoughts….if you haven’t seen the film yet, you should. It’s a wonderful story. I watched on December 31, as we said goodbye to 2020 and it was just the hopeful and uplifting movie I was looking for. Have you seen the film? What did you think of the message?

What did we miss? Attach your ideas to a DJ R3X Interactive Remote Control Droid with Bluetooth Speaker and send it to blog@touringplans.com with the words “In Case You Missed It” in the subject line.

2 thoughts on “What We’re Talking About: Soul Box Office Reports, The Retirement of Joe Rohde, and the Passing of Ron Dominguez”