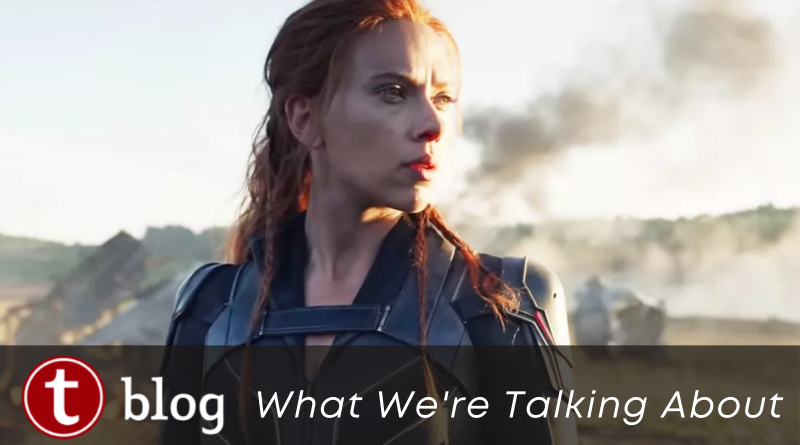 With this week’s edition of What We’re Talking About, Dani shares her thoughts on The Falcon and The Winter Solider, as well as a story about three fantastic Disney women, and Julia discuss the future of the movie going experience. All that and more in this week’s edition.

Over the span of nearly 60 years, three generations of women — Leota Toombs, Kim Irvine, and Ali Irvine-Wheeler — have all served as Imagineers. This week, in honor of Women’s History Month, Kim and Ali spoke about their family’s legacy in this great article for PEOPLE, in the hopes that it inspires other women to pursue their dreams.

Dani shared: What a great find! The pictures are so cool to see.

Kevin Mayer started 2020 running Disney+, but when he wasn’t named Disney’s chief executive officer after Bob Iger stepped down, he left for a new role specifically developed for him: CEO of TikTok. He recently gave an interview that takes a look at his thoughts of him being overlooked for the role of CEO and its very interesting.

We all know that the movie theater experience has changed forever due to COVID. Audiences aren’t flocking back to movie theaters yet. What about upcoming Disney theatrical releases? CEO Bob Chapek says the studio will be flexible with their strategy, and for movies like the upcoming Black Widow, it may come down to a “last minute” decision. Watch Bob Chapek talk with Bloomberg here.

Julia has some interesting thoughts: I’m not much of a movie-goer, but members of my family are, and none of them have even floated the idea of going to a movie theater to see a movie for 2021. I don’t think theaters will disappear entirely, but their presence in American life will be greatly reduced, so if you’re going to keep making films, you’ll need to find ways to distribute. We just finished learning about United States vs. Paramount Pictures in a film study class our family was doing, and I do wonder how that anti-trust case would apply to movie companies owning the streaming services used for distribution and viewing.

Today is the day for the debut of The Falcon and The Winter Soldier on Disney+! If you haven’t watched it yet, here is the final trailer to get get you hyped! Who else is ready for this six episode event?

Dani states: I know this won’t be as good as Wandavision, but I am definitely looking forward to this.

It’s been 24 years since The Mighty Ducks ended its trilogy. But, the team is reuniting on Disney+. Some of the original cast members including Elden Henson (Daredevil series), Matt Doherty, Vinny La Russo, Marguerite Moreau, Garret Henson and Justin Wong are set to guest-star in the sixth episode of the series The Mighty Ducks: Game Changers. The first photos from the episode have been revealed, featuring the team members back on the ice rink. Take a look! Are you ready to quack again?

What did we miss? Attach your articles to an Orange Bird Spirit Jersey and send it to blog@touringplans.com with the words “In Case You Missed It” in the subject line.

2 thoughts on “What We’re Talking About: Three Generations of Disney Women, Black Widow, and More”