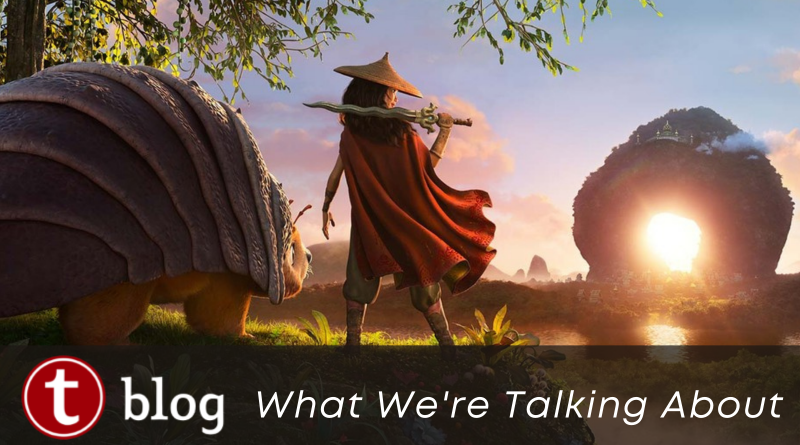 This week, see what Dani has about Willow, we find out why John’s thoughts about Disney Aspire ending, and what Joe thinks about Halloween Horror Nights Lite, plus more.

Disney Aspire, one of the most generous employer education programs in the country, has ended due to cutbacks thanks to COVID-19. This means that many will loose their free college education, according to the Orlando Sentinel.

Dani shared her thoughts It really is disappointing because it is a helpful program for so many. The idea was to offer cast members a way to elevate their skills and education. I understand financially why it won’t continue for those that were let go, but it’s still sad.

However, I think John had the most appropriate response Argh.

Several Universal and Disney executives have made the Blooloop Theme Park Influencer list for 2020, which highlights 50 people for their creativity and expertise.

Disney is still expecting to put their upcoming film, Raya and the Dragon in theaters in March and released the teaser trailer this week. What do you think of the film so far? And do you think it will make it to theaters or do you think that it’s going to Disney+ instead?

The magical world of Willow will be returning in a Disney+ series that is slated to begin production next year. Are you excited about this?

Dani stated I watched Willow a lot growing up even though it scared me 😂 I’ll check out the series when it comes out, should be interesting.

Why? Why do we need a live action version of Chip n Dale: Rescue Rangers? Couldn’t they just do what they did with DuckTales instead?

Universal Orlando knew they couldn’t miss out on sharing the horror with their Guests this year. That’s why they did what they could to make things as socially distant as possible, while still providing the scary. The Orlando Sentinel takes a deeper look at how they pulled it off. Also take a look at the two houses in these videos – Universal Monsters: The Bride of Frankenstein Lives  and Revenge of the Tooth Fairy.

Joe actually got to experience the event and said Universal did a great job with modifying the houses with new safety precautions. Some, like masks, are unobtrusive. Others were actually used AS a distraction – one moment has you walking past several dummies with plexiglass in front of them and of course a real person, it keeps you guessing which is an actor.

It’s going to be the end of an era….the Fast and Furious franchise will be ending after the 11th film.

What did we miss? Attach your ideas to a Minnie Mouse Ear Headband – Wishes Come True Blue and send it to blog@touringplans.com with the words “In Case You Missed It” in the subject line.