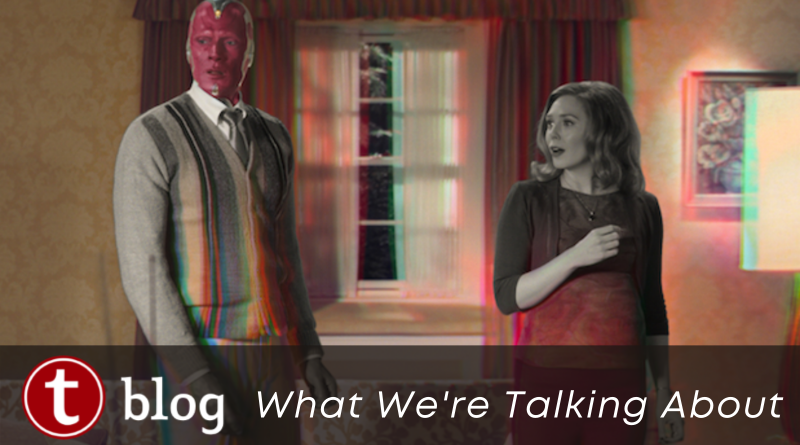 This week, Dani shares her thoughts about the retiring VP of Disney’s Animal Kingdom, Joe discusses retiring Imagineer Kevin Rafferty, and James shares his take on those in California being able to get their COVID vaccines at the Disneyland Resort.

Disney’s current Disney’s Animal Kingdom Vice President, Djuan Rivers will be retiring. He’s been at the park since 2014.

Dani shares I am not closely familiar with Mr. Rivers but during my time as a Disney Cast Member his name being mentioned was always a good thing. It is curious to me to see so many Imagineers and higher ups retiring right now. I wonder if an incentive to do so is on the table for some folks as cost-savings measure.

This week was big for retirement announcements. Also retiring will be Imagineer Kevin Rafferty. Read his interview with D23 about his time with the company.

Joe has some thoughts on Kevin’s retirement. I first learned of Kevin when I started in the theme park hobby when I was following the constructions, and delays, of the original Test Track. Kevin’s list of projects include some of my favorite attractions ever: Tower of Terror, Rock’n’Rollercoaster, and Cars Land (and some less than favorite ones, like Enchanted Tiki Room Under New Management). Good luck to Kevin on his retirement!

Orange County is launching its first large COVID-19 vaccination site at the Disneyland Resort. It certainly would be interesting to get your vaccine at Disneyland.

James discusses his take on this development. Disneyland is a huge part of the fabric of Anaheim, so it’s actually very fitting that it would be the epicenter of something that is going to be so impactful for the community. And let’s face it, if you’ve got to get a shot in your arm, you might as well be in the Happiest Place on Earth when you do it (especially with it looking increasingly likely that it’ll be a while until we can go back and truly enjoy Disneyland as intended).

Could Walt Disney World be named a giant vaccine location, too? It’s possible. According to reports, the Resort is talking with the state and offering to help the vaccine efforts in any way it can, stating that they are focused on being a good community partner to help with the pandemic.

Julia noted, To me, Wide World of Sports would be the perfect location for vaccine distribution. You’ve got easy access from major road, good parking on site, and outdoor areas that could have social distancing for lines and vaccine tents. It works well for packet pickup for runDisney events, so I think it would work great for this as well.

According to a new report from the Orlando Business Journal, Disney is reportedly considering moving a number of its divisions to Florida – relocating part of its business to Lake Nona.

This week, of course, one of the biggest Walt Disney World news stories was all about the retirement of Disney’s Magical Express. Len spoke with Marketwatch about this change.

Disney Cruise Line Blog has the first images of the new Disney Wish’s funnel which is now at the Meyer Werft shipyard in Papenburg, Germany. Ooh!!! It’s so exciting! She’s coming along!

Wow! I found this article to be illuminating! Former Imagineer Jerre Kirk shared stories about his time as an Imagineer.

Disney has announced that they will not be contributing to the Republicans who objected to Biden’s win, according to The Orlando Sentinel. That includes all but four of Florida’s 16-member GOP congressional delegation.

There is a new executive vice president for theatrical distribution, as Disney has promoted Tony Chambers. Chambers replaces Cathleen Taff in the role, who had been in the position since 2018.

Wandavision debuts today on Disney+ and Disney shared some interesting facts about this upcoming program. Are you going to be watching?

Could we be seeing Chris Evans returning to the role of Captain America, at least in some form? According to Deadline, it’s quite possible, though probably wouldn’t be in the form of another Captain America stand-alone film. Would you like to see him don the shield again?

It looks like Pete Docter will be stepping away from a directorial role with Pixar, with Soul being his last film. Instead, he will focus his energy solely on being the Chief Operating Officer of Pixar. We learned quite a bit more from Pete in this article.

What did we miss? Attach your ideas to Ellie and Carl’s Paradise Falls Money Jar and send it to blog@touringplans.com with the words “In Case You Missed It” in the subject line.

One thought on “What We’re Talking About: Retiring Cast Members, Getting Your COVID Vaccine at Disneyland, and More”