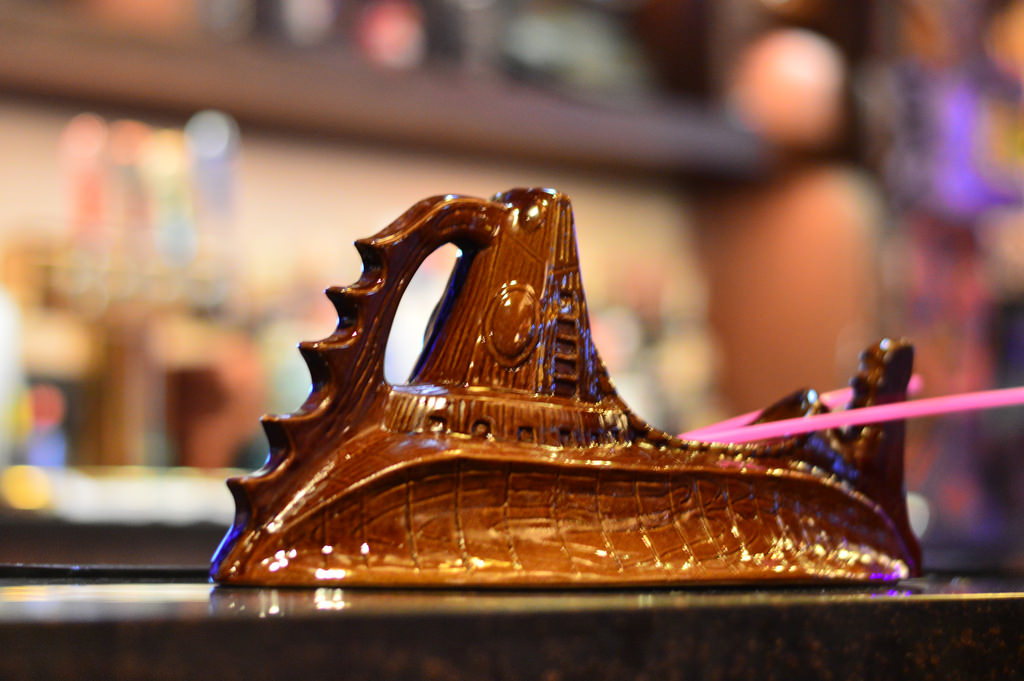 No, you are not suffering from deja vu. Yes, we have made several trips to Trader Sam’s Grog Grotto during our countdown. We started off with a bang when we had a Polynesian Pearl pulled out of the shell. Then we battened down the hatches for a Tropical Dark & Stormy. We couldn’t leave out the HippopotoMai-Tai, could we? We saved the best for last though as the #1 drink on our countdown this year is the legendary NAUTILUS.

Served in an amazing souvenir bowl with the form of the Nautilus from Disney’s 20,000 Leagues Under the Sea, this is one drink meant to be shared, as you could possibly be seeing a giant squid in Seven Seas Lagoon if you tried to go it alone. The entire room transforms when a Nautilus is ordered and even the servers get in on the fun. Lighting effects make the room appear as if you are going under water, audio plays orders from the Nautilus captain, and there are several  physical effects happening across the Grotto (keep your head on a swivel).  The Nautilus is an E-Ticket drink in an E-Ticket bar and it is hands-down our favorite drink of Christmas 2015.

How great is the Grog Grotto? Not only does it have all the awesome drinks we’ve already covered, but there are still MORE than we will surely get to next year including the incredible Uh-Oa, the Shrunken Zombie Head, and the Spikey Pineapple (which is only served out on the Tiki Terrace. Exclusivity always gets points in our book).

DAY SEVENTEEN: Under the Florida Moon at The Wave… of American Flavors

DAY TWENTY:  Potion of the God’s at Mythos

Special thanks to crack staff photographer Brandon Glover and Fred Weasley’s widow Megan Stump for their invaluable assistance with this article. Be sure to also check out Brandon on The Park Blogger podcast with co-hosts Aengus Mackenzie and Brian Carey.