It’s been about six weeks since our last Kongstruction update, and progress on the exterior of Universal Orlando’s newest E-Ticket is still progressing rapidly.

Rumor has it that the yet-unannounced Islands of Adventure attraction may be titled Skull Island: Reign of Kong, and it appears on track for a 2016 debut.

Here’s our latest collection of construction photos, all taken (as always) from guest accessible locations.

First, a look at the King Kong project site from the Toon Lagoon side: 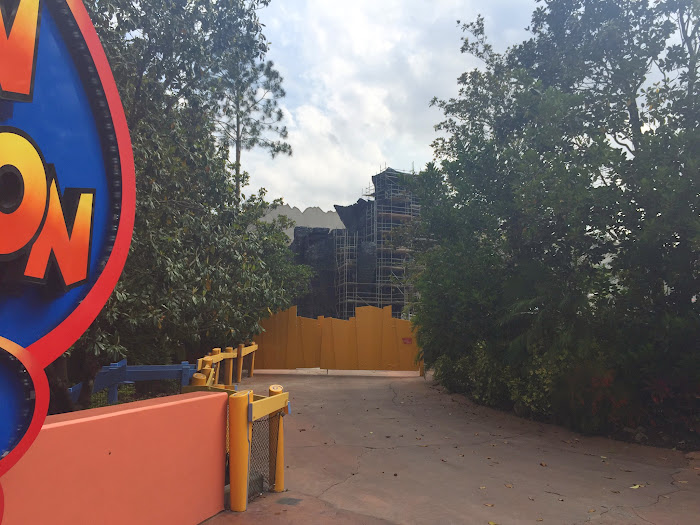 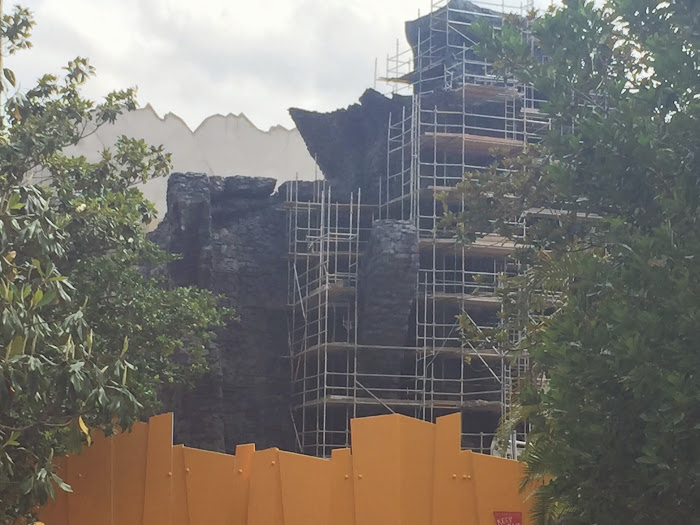 Themed construction walls entering Jurassic Park have been pushed out even further, claiming a snack stand. 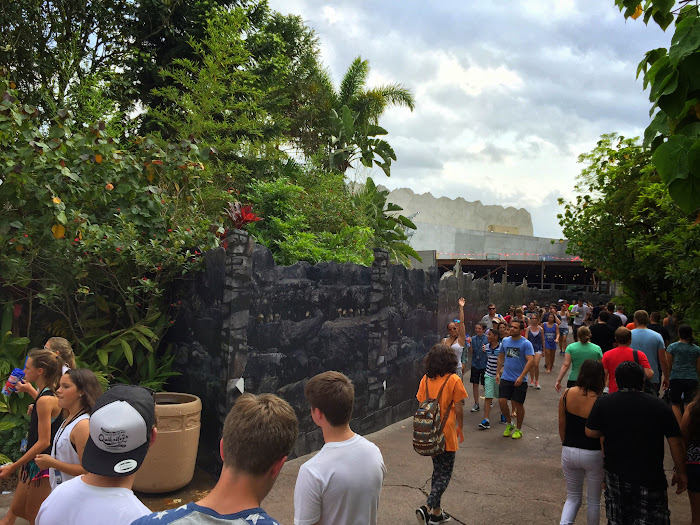 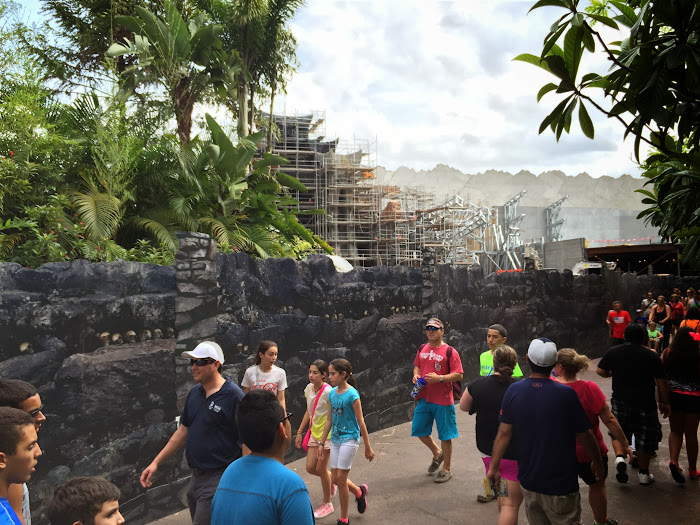 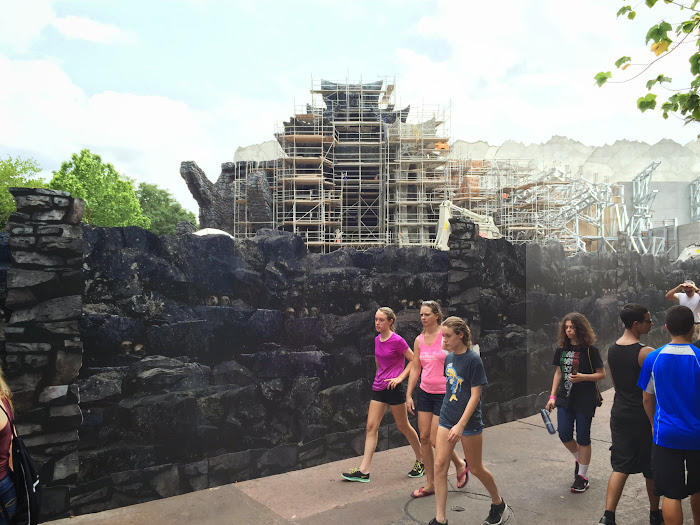 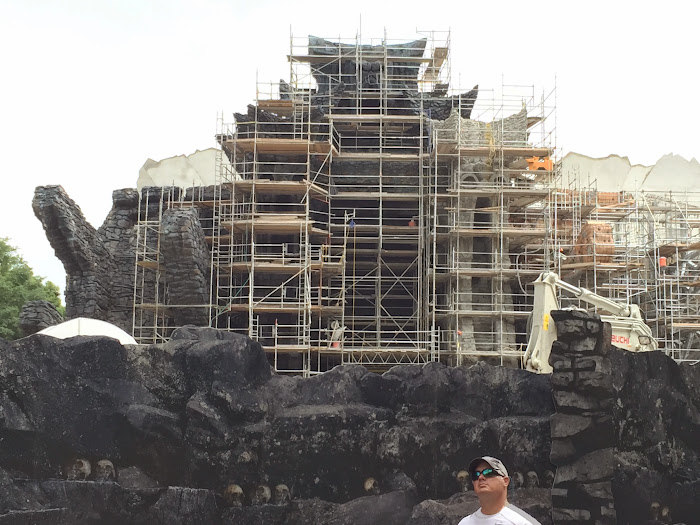 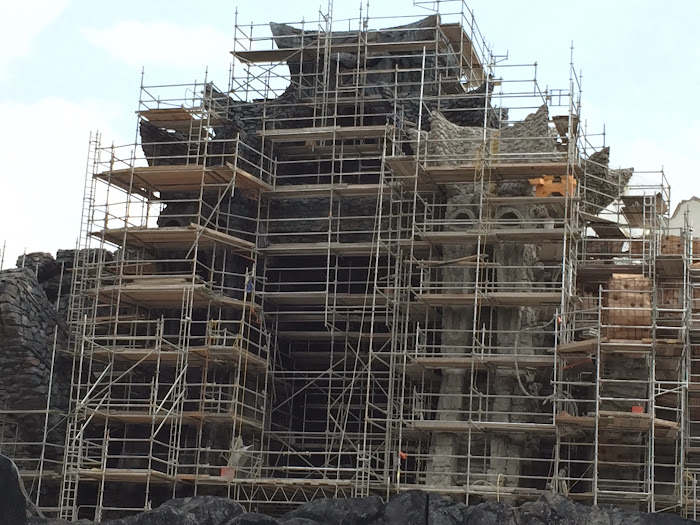 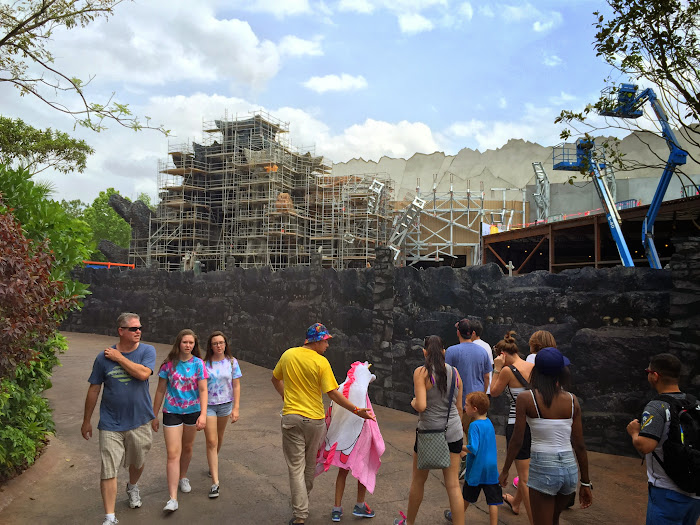 You can get the best view of the project from the top of Camp Jurassic: 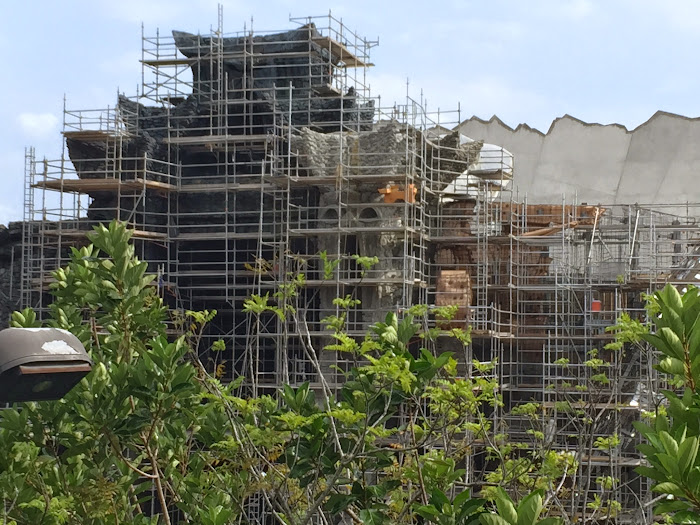 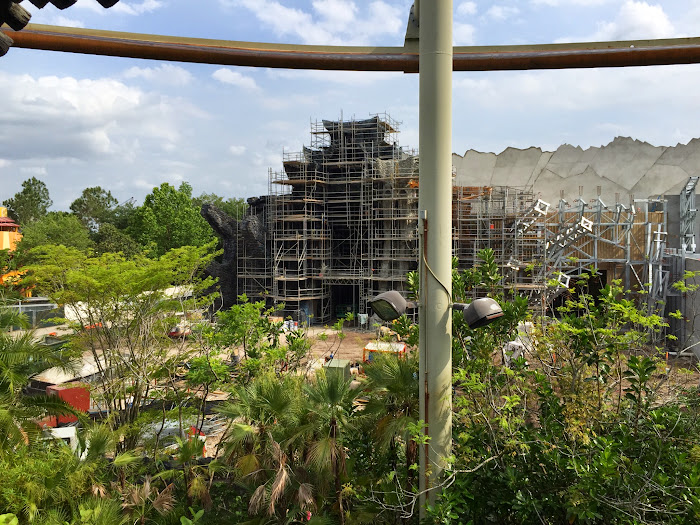 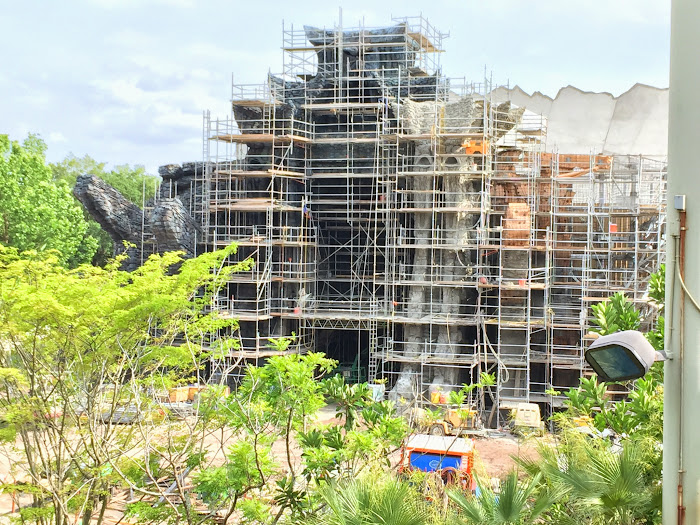 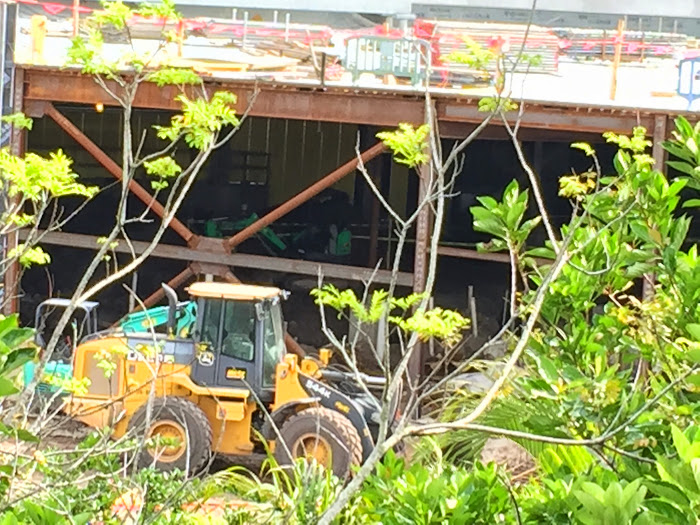 On the other side of Jurassic Park, something is afoot in the old Triceratops Trail attraction. 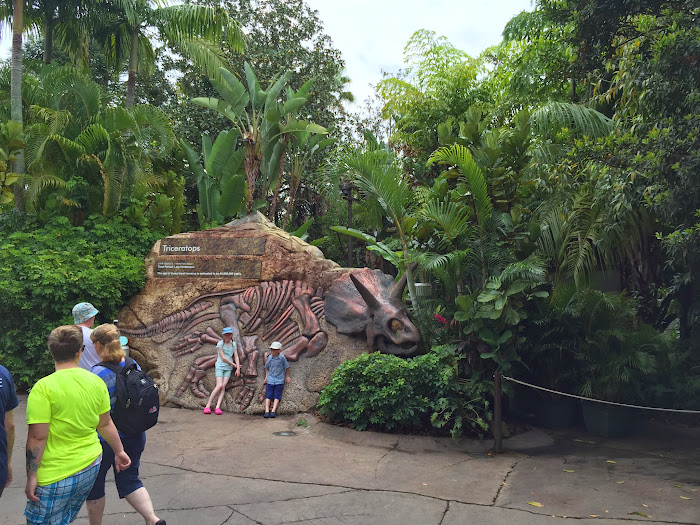 Construction walls were recently erected outside the long-defunct walk-through, and Jay from PixelsInAtParks.com uncovered a notice of commencement for “Project Dig.” 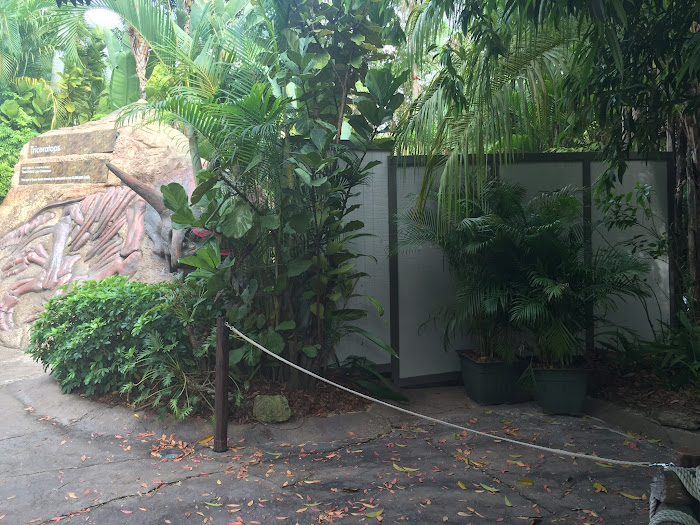 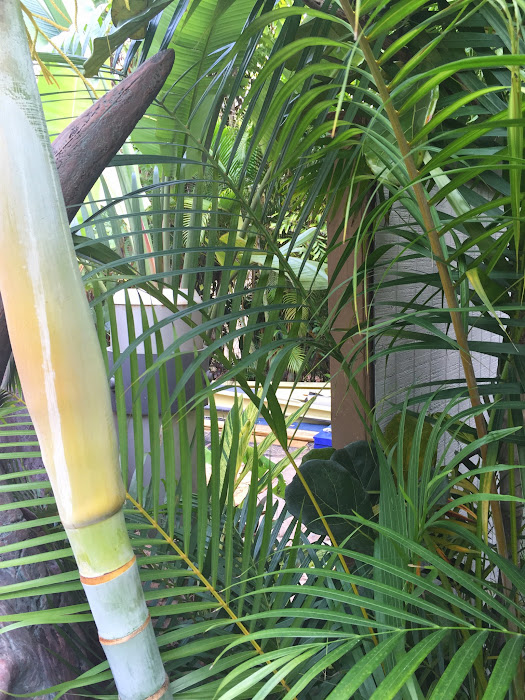 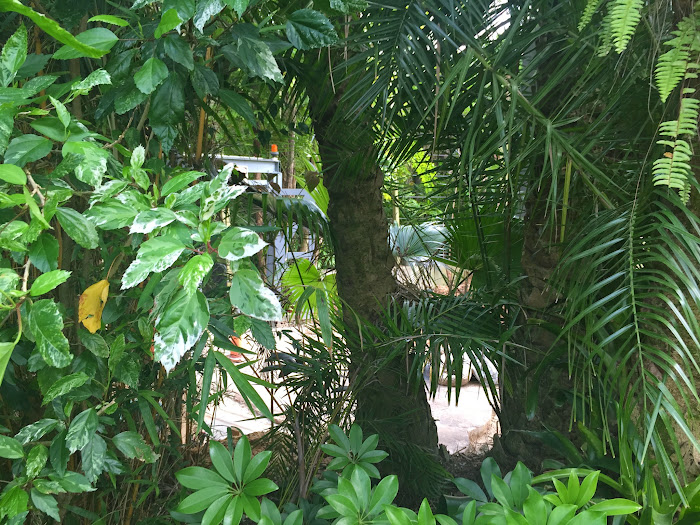 There is speculation that this will be a meet-and-greet show using life-size Raptor puppets built by Michael Curry (of Broadway’s Lion King and DAK’s Finding Nemo) themed to the new Jurassic World film. 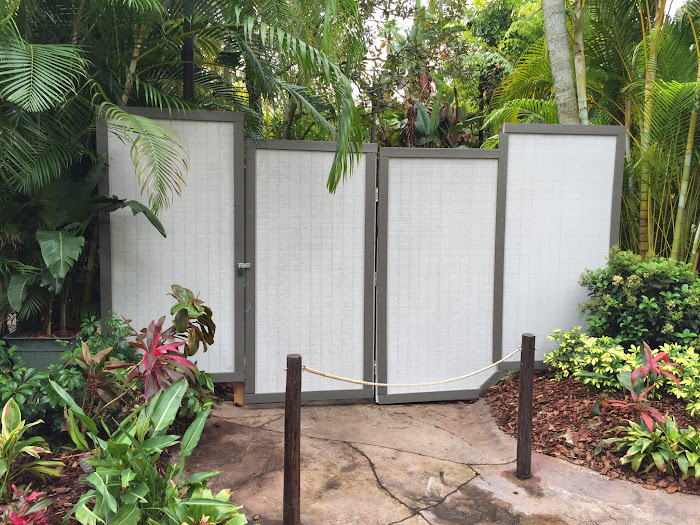 Finally, the automated Photo Connect camera that used to be near Thunder Falls Terrace has been reinstalled between the Discovery Center and the Watering Hole. 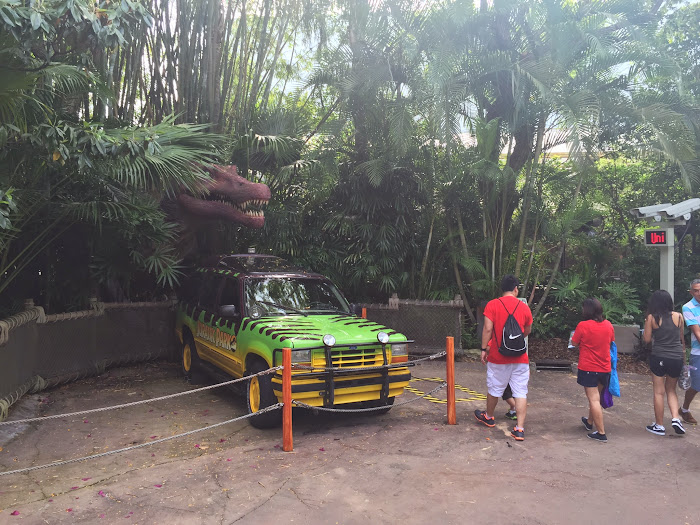 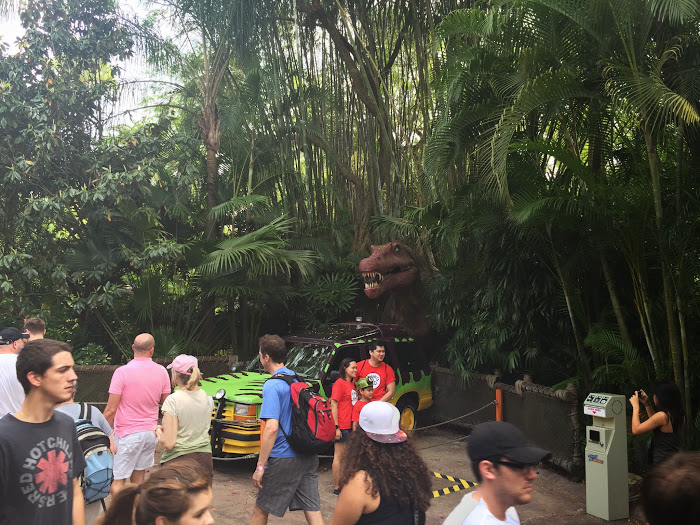 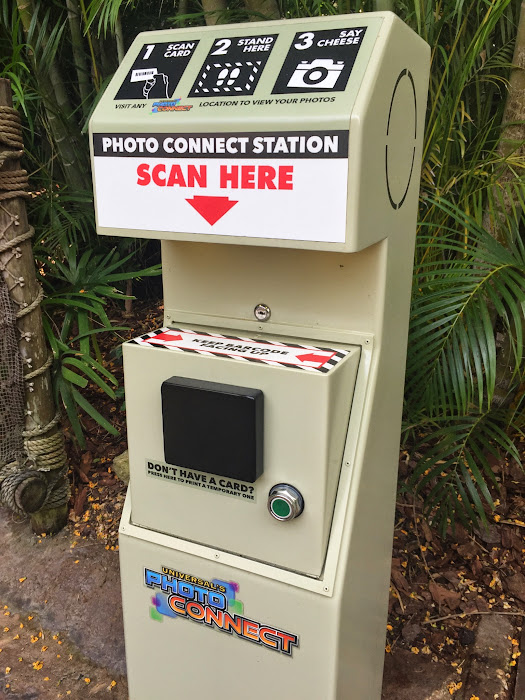 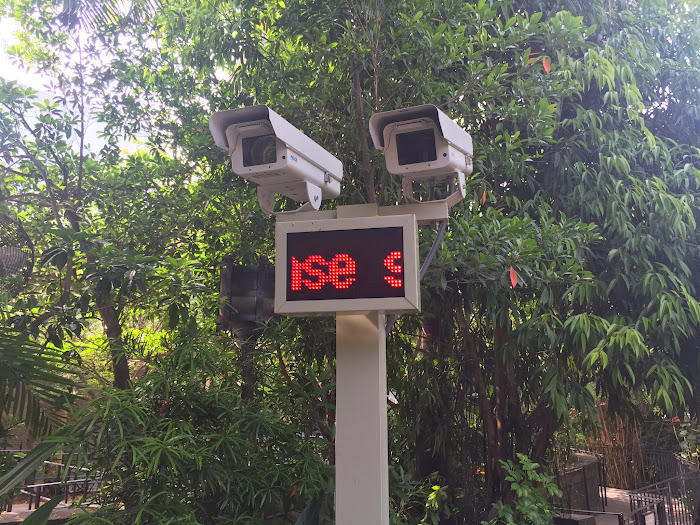 The results are amusing, but your image doesn’t blend into the background as well as it did at with original setup.

What new construction at Universal are you most excited about? Let us know in the comments below!

One thought on “April 2015 Kongstruction Update and Jurassic Park Construction”