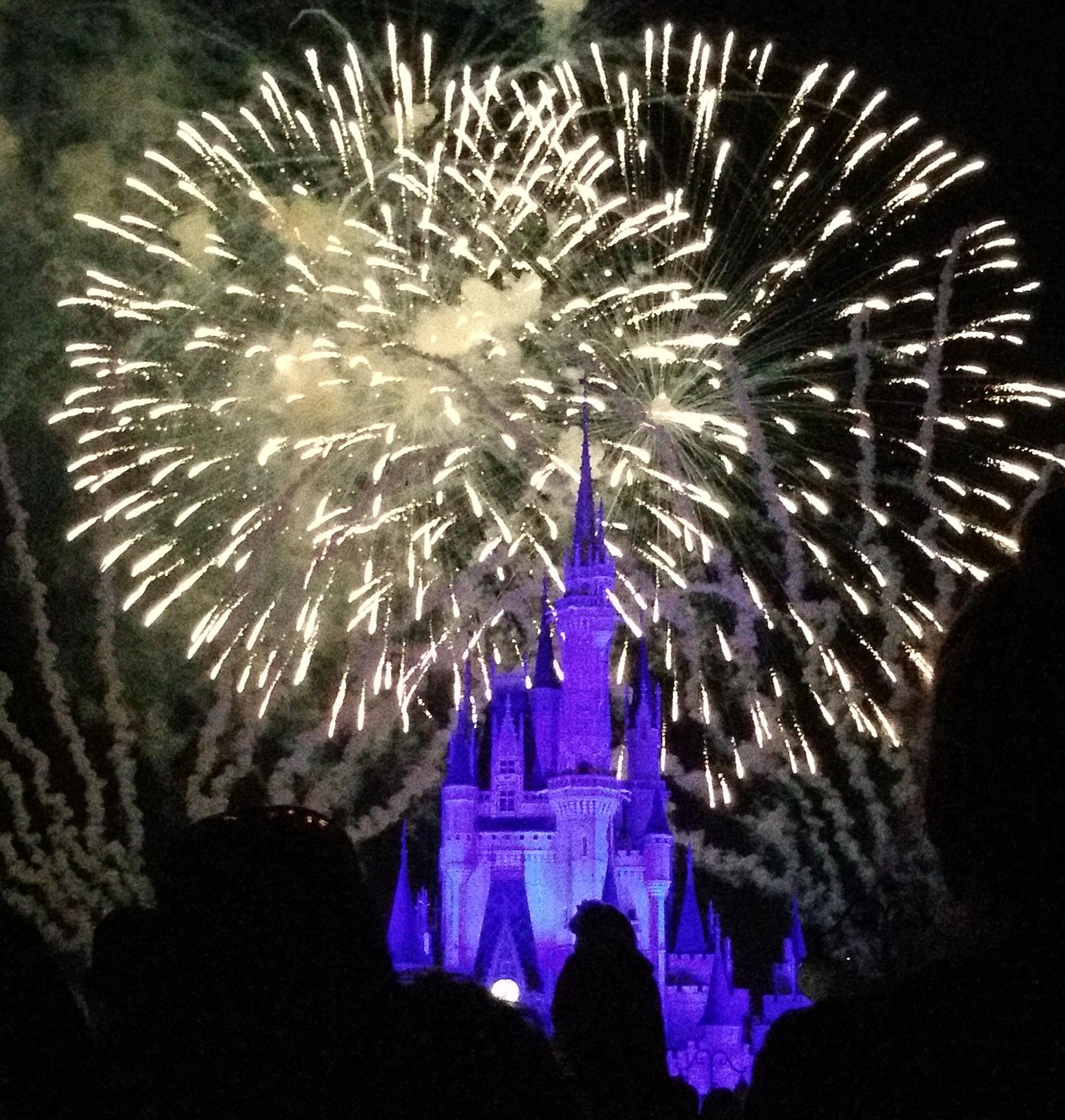 This is a continuation of our Back to Basics Series. Scroll to the bottom to see our other Basics posts.

Welcome back! This is the second in a three part series about DisneyFastPass+ service and how to make the most of it.  It assumes that you already know what FastPass+ is and how it works, so if you have no idea what we’re talking about, please take a moment to read through my recent primer on that topic.  For the rest of you that know how to use FastPass+, be aware that FastPass+ should allow you to spend less time in line, but depending upon how you use it, it can either save you a lot of time, or essentially none at all.  This will hopefully help you fall into the former category!  Let’s go!

Simply stated, your goal in selecting your FastPass+ selections is not just to reserve the attractions that are on your to-do list, but it should be to select the attractions that are on your to-do list that generate the most significant waits.  For example, I love Mickey’s Philharmagic, and we make sure that we experience it at least once on every trip.  With that said, I would never spend a FastPass on it, because doing so wouldn’t actually save me any time in line. On the other hand, while Peter Pan’s Flight is nowhere near my favorite attraction, it remains a must do and not having a FastPass+ for it potentially sets me up for a soul-crushing wait of an hour or more, so it’s always one of my first picks, even over attractions that I prefer in the abstract.

A detailed look at which attractions you should FastPass and which you shouldn’t is beyond the scope of this article (if you do want detailed advice for selecting your FastPass+ reservations, check out our advice pages for the Magic Kingdom, Epcot, Hollywood Studios and Animal Kingdom), but here’s a quick list of attractions in each park that are no-brainer options for FastPass+ if you want to experience them:

If you don’t like thrill rides — or you’ve already had your fill of the attractions above — Pirates of the Caribbean, Haunted Mansion, Jungle Cruise, Buzz Lightyear and the other Princess meet and greets are all solid options that can save a significant amount of time in the Magic Kingdom.

A quick note about Test Track, Rock ‘n’ Roller Coaster and Expedition Everest: we rarely actually recommend using a FastPass+ reservation for them because there are better ways to avoid long lines at those attractions, like experiencing them first thing or using their single rider lines. With that said, I include them here because they do generate sufficient waits to justify using a FastPass if those workarounds are not an option for you for whatever reason.

You’ll notice that there are no shows listed here: generally speaking, using an advance FastPass+ for a show is a bad value proposition. For one thing, you rarely need it — the theaters or viewing areas are generally large enough to accommodate everyone that would like to experience a show. You might think, with this being the case, that having a FastPass+ reservation for a show would guarantee you prime seating without having to show up early, but you’d be wrong; the designated FastPass+ viewing areas tend to be good, but not necessarily prime locations. Moreover, within the FastPass+ viewing areas, some seats are better than others, and if you want to secure one of the good ones, you still need to show up well in advance.

With that said, I know that many people take great comfort in knowing that they will have a spot for Wishes or a parade, so if having a guaranteed spot for a particular show is really important to you, far be it for me to tell you not to. In fact, on our last trip, we were arriving late enough on our first day that I wasn’t going to be able to use more than 3 anyway, so we got one for Wishes and I have to say, being able to stroll up moments before the show and know that I’d have a decent viewing spot was nice, so it’s not like they are completely devoid of value.

TIP: If you’d rather not worry about picking at all, our Personalized Touring Plans can give you recommendations based upon what attractions you’d like to experience!  After you’ve selected your attractions, click on “FastPass+ Options” above the list of “Your Plan Steps” there is an option to “Ask TouringPlans to suggest my FastPass+ attractions.”  Input the number of Tier 1 and Tier 2 FastPasses you have available to you, hit “Optimize,” and the system will create an itinerary along with suggestions for what the FastPass and when to target it.

There are basically two schools of thoughts with respect to FPastPass+ scheduling and strategy, which I affectionately refer to as the “Rope Drop Churn” and the “Afternoon Hopper.”  They are discussed below:

This is best suited for those of you that plan to show up early and want to use FastPass+ for as many attractions as possible.  The idea behind it is to take advantage of your FastPasses early enough in the day that you can start adding additional FastPasses sooner rather than later, and then continue to use them and add more, seriatim, over the course of the day.  If you’re there prior to park opening, as we recommend, you’ll be able to knock out several attractions in the first hour or so with little to no wait, so I’d recommend starting your first FastPass+ reservation 60-90 minutes after park opening, and using your third FastPass+ near the beginning of the reservation window so you can start adding reservations midday at the latest, while there is still a fair amount of inventory.  From there, the process is very simple — hit your extra FastPasses as early in the time window as possible, and then head to the kiosk when you get done to grab another.  Lather, rinse, repeat.

By way of example, imagine that the Magic Kingdom opens at 9, and you have FastPasses for Seven Dwarfs Mine Train, Big Thunder Mountain and  Space Mountain starting at 10, 11 and noon, respectively, ensuring that you can experience three of the biggest rides without a significant wait.  Just because your Seven Dwarfs reservation starts at 10, however, doesn’t mean you have to be there then.  You can spend the first couple of hours taking advantage of low crowds to ride other heavy hitters, like Splash Mountain or Peter Pan in addition to other attraction that you would expect to have longer waits later in the day, like maybe Jungle Cruise or Pirates of the Caribbean, and you check in at Seven Dwarfs shortly before 11 am.  Use that FastPass, make your way over to use your now-active Big Thunder Mountain FastPass, and use it.  Start making your way towards Space Mountain, experiencing whatever you like as time permits.  Right around noon, hit Space Mountain, and you’re now eligible to start adding additional FastPasses, but you’ve already experienced at least 3, and more likely 5 or 6, of the attractions that will be generating the longest lines.  Moreover, because it’s still only 12:15 or so, you’re going to have a much better selection than if you had scheduled your FastPasses for later in the day.

TIP: If you decide to leave the park to take a break in the middle of the day, make sure you reserve yourself another FastPass for the time when you expect to return — the selection will be much better than if you wait until you get back, and once you have it, you can adjust it from the mobile app if you’re gone longer than you expect or change your mind about what attraction you’d like to experience.

This strategy is based upon the notion that FastPasses aren’t near as necessary in the early morning hours and works well for those that intend to hop from one park to another over the course of the day.  The idea is that you take advantage of the low crowds in the morning, starting with the headliners at your morning park, and then book your FastPasses for the afternoon at the time you expect to arrive.  I’ve named this approach because it works well for those that park hop, but the notion of backloading your FastPasses can also work out if you tend to get to the parks after the morning slow period or you’d simply prefer not to “waste” a FastPass during an early time when it might not really be necessary (i.e., a morning FastPass+ for Splash Mountain might only save you 20 minutes, but it would save you an hour or more later in the day).

The benefit of this approach is easiest explained by looking at what happens if you use your FastPasses at your morning park.  Let’s say you want to spend the morning at Hollywood Studios, hit the headliners, and then have some lunch before heading over to the Magic Kingdom. You use FastPasses for Toy Story, Tower of Terror and Star Tours, in addition to using the Rock ‘n’ Roller Coaster single rider line and watching Beauty and the Beast — Live on Stage and some other diversions.  You grab some lunch at Hollywood & Vine around noon, and head to the Magic Kingdom.  Of course, by the time you get over there, it’s close to 2:00 p.m.  You can get another FastPass there, but if you go for a headliner, it’s going to be very late in the day (which will prevent you from getting any other FastPasses for most of the day), or you can use it for a lesser attraction that won’t save you as much time and will still guarantee you a long line for any of the more substantial rides.

What if, instead, you used your FastPasses in the afternoon at the Magic Kingdom?  Your itinerary could include all of these same things, but because you’re going early in the day, you’re not waiting in enormous lines, and you still have ample time to get done what you want to do that morning.  Now, however, you show up at Magic Kingdom and you’ve got a FP+ that ends at 2:15 for Seven Dwarfs Mine Train, you have another at Big Thunder Mountain from 2:30-3:30, and then you round it out with Space Mountain from 3:30-4:30 — in addition to whatever else you want to do.  Basically, you wait a little longer in the morning to ensure that your afternoon — when the crowds are larger and the temperature is hotter — is more pleasant.  Which itinerary sounds better?

Which Strategy is Best?

So, which is the better approach?  The answer, of course, is “it depends.”  The reality is that not only is it a matter of personal preference, it’s also situational, and I might find myself using both methods in the same trip depending upon our schedule and how aggressive we want to be on any particular day.

So, how do you schedule your FastPass+ reservations?  Do you show up early and rack them up, or take advantage of the slow mornings and backload your reservations?  Or maybe a different approach entirely?  Let me know in the comments!  Also, stay tuned for the final article in this series, which provides tons of hacks and tips to become a FastPass+ pro!

Additional Back to Basics Posts

9 thoughts on “The Basics: FastPass+ Strategy”