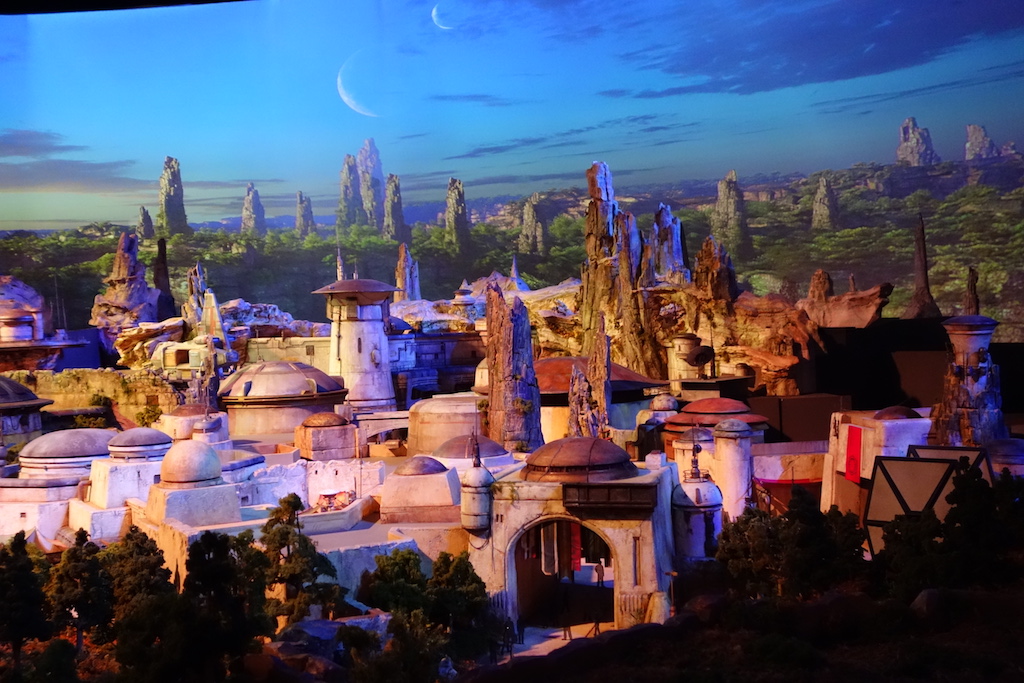 One of the most impressive exhibits at D23 Expo 2017 is the Parks & Resorts pavilion, home to the massive model of the Star Wars land coming to Disneyland and Disney’s Hollywood Studios. Lets take a look. The entrance to the Parks & Resorts pavilion. A view of Star Wars land from the far left. This portion of the land is home to the First Order attraction, which is rumored to be in the same style of the Ratatouille ride at Walt Disney Studios, and Transformers at Universal Studios. Also in this area of the land, various Star Wars vehicles. Star Wars land as seen from the far right side. Standing about where Toon Town would be. The bottom middle shows one of the entrances to the land. A closer look at the entrance. In this picture you can see the lighting shifted to what it would look like during sunset. In the middle of the picture, notice a small droid shop. Near the back of this picture you can see the Millennium Falcon parked outside the ride that will be based on it. Here we can see what the ride vehicle will look like for the First Order attraction. A model of the Millennium Falcon. A backdrop showing art from the new land.

Let us know what you think about Star Wars land in the comments below.