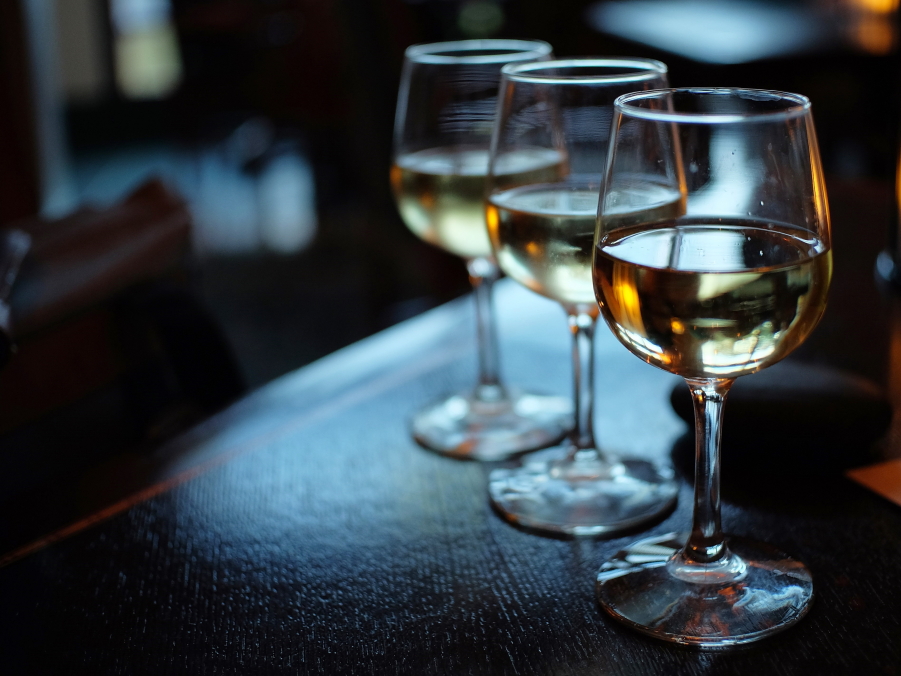 Hello, friends! I have an amazing week to share with you! Not only did we enjoy a special meal, I ended up on the west coast for a little Disneyland action, and wrapped up last night at Epcot. I had to pinch myself because I didn’t deserve it, but I’m excited to have so much to share with you! Let’s get started with right where I left off in my last article: Artist Point.  There was a little debate on whether this restaurant was worth a try. Well, starting off with the wine selection they were already on the way to winning my vote. Want to see the rest of our delectable meal? Click to read more. 🙂

For my meal I pieced together appetizers. While there were several entrees that looked great, I wanted to try the mushroom soup and the cheese plate. I knew with those two selections I wouldn’t be able to eat much more. I have no regrets! The soup was some of the best I’ve ever tried and the cheese plate was divine. The dining room was a little loud and hectic for a signature restaurant, but I think that was because we were seated in between lots of parties with small children. My hubby ordered the filet mignon. I tried to photograph it from every angle, but it just never looked more appealing than this. He said it was well seasoned, cooked to perfection, and he enjoyed every bite.  He also added a $9 side of mashed potatoes, but I didn’t include a photo of those. I’m sure everyone has seen mashed potatoes! 😉 He said he enjoyed them almost as much as the steak. For dessert my hubby ordered the donuts, but he really wasn’t impressed with these. He said the chocolate tasted burnt and the donuts weren’t as good as the ones found in Disney Water Parks. Dessert is normally pretty hard to screw up, but these missed the mark. I ordered the cobbler, and was a little confused with what came out. The crust was almost like a thick layer of cornbread. I didn’t finish it. To be fair, ice cream was supposed to come melted on top. I asked for that to be on the side, so maybe I missed something about the experience? Overall, I loved my meal but didn’t really need the full experience. I know we’ll be back here for sure. Next time we’ll likely grab a seat at the bar and just have entrees. I’d completely recommend stopping by and felt it was worth the cost. And now, lets whisk away to the opposite coast for a somewhat impromptu trip. I had business plans in Las Vegas and was able to tack on a couple days at Disneyland before my annual pass expired for those parks. It was too good to pass up, and any day I get to walk through this castle is a good day! Since it was a more casual trip my photos were a little sporadic. I’m normally so organized, but looking back there wasn’t much rhyme or reason to what I aimed my camera at. Of course, the tiny gardens of the Storybook Land Canal Boats are never something I miss. I was bummed that we just missed Johnney Depp inside the Pirates of the Caribbean ride. If you didn’t see it burning up Twitter last week, the star dropped into Disneyland and was seen by guests actually inside the ride performing as Jack Sparrow. Well, at least we got to see the elaborate Disneyland version of this ride. Over at The Many Adventures of Winnie the Pooh there were no sexy movie stars running around, but we found a super short line! That is one of my favorite things about the Disneyland version of this ride. For whatever reason the line never seems to get too long. I wish our version here on the east coast would follow suit. I was a little surprised to see Dumbo the Flying Elephant stationary with all the ride cars up in the air. I realized as we got closer that a family of ducks had decided to take up residence in the pool under this ride! Maintenance personnel were working to fish out the ducklings and lure their mama to a more suitable home. It was so sweet to watch them be so gentle with the tiny babies. While it’s normally something I skip, we sucked it up and waited the 45min to ride Peter Pan’s Flight. This has to be the worst queue in the entire Disney universe! It’s all outdoors and tightly wrapped. Because of this, it’s only maybe the third time I’ve ridden this ride since it came back up from renovation in 2015. Looks like third time is the charm, as I finally got some usable photos to share! Starting with Nana in the nursery: I don’t want to overload too much on a single ride, so just one more. I was finally on the left side to catch a photo of the mermaids that mark the end of the Disneyland version. I think Disneyland has the prettiest mermaids! I’m so glad I finally caught the shot to share them with you. I was able to check out the new(ish) Red Rose Tavern in the evening. I was a little worried that I wouldn’t get to try it because there was a line that wrapped around the building before they opened for lunch. Since it was late we just grabbed the grey stuff, which was indeed delicious. For a full review you can check out the hyperlink above for Guy’s experience. Over at Disney’s California Adventure I had my first chance to see Guardians of the Galaxy – Mission: BREAKOUT! I’ll be honest, my mind was made up before I ever saw this monstrosity. I’d seen pictures of the gaudy overlay and I absolutely hated it. But walking into the park it actually didn’t look that bad. I don’t think this is something I’ll ever ride. However, it’s neat to see new stuff coming to the parks. Maybe Chris Pratt will come visit now that he has his own ride! 😉 Hmmm… I don’t have a great record of my day at California Adventure. I wonder why that was? In any case, I can’t recommend the Cove Bar enough! Be sure to ask about their secret menu. Below is the fun wheel cocktail which you won’t find on the standard menu. It’s as tasty as it is pretty, but beware it packs a punch! No day at California Adventure is complete without experiencing World of Color! I’d really hoped that Rivers of Light would be more like this show. Unfortunately, it’s west coast cousin is still far superior in my books. I also can’t recommend the dessert party enough. If I could only have one splurge for my Disneyland trip I think I would pick the World of Color Dessert Party. It’s so nice to have a seat at the end of a long day. The view isn’t half bad either! And now we’re back to Walt Disney World for a quick visit to Epcot. I had a busy week! 🙂 It was so hot this past weekend. The high temperature is already creeping up to 95 degrees. Be sure to check the weather if you’re planning to visit anytime soon. Of course, even in the heat Spaceship Earth still looks awesome. On the way to The Land pavilion I found a shady spot to wait for my FastPass+ window to open. You just can’t beat Florida blue skies! Our FastPass+ reservation made Living with the Land a walk on. At roughly 6:30pm the line was quite long so I thought it was a good use of a fastpass. I’m hard pressed to visit Epcot without riding this one. I think I’d choose it over Soarin’ or Test Track. Maybe I’m just turning into an old lady! 😉 Which do you prefer? With just a few minutes before the 7pm closing time we just made it into Journey into Imagination. We shared the ride car with some folks that had never ridden before and you should have heard them squeal at the end! In case anyone hasn’t ridden, I won’t give it away. But their reaction was priceless. Which leads us to the entire reason for our visit. Somehow the stars had aligned for me to score a Frozen Ever After FastPass+. Even as a passholder that can plan 30 days in advance these are impossible to come by. I’m still on the team that doesn’t think Frozen belongs in the World Showcase, but regardless I really do like this ride! What do you think? Let me know in the comments below. After our quick trip to Arendelle, we started the slow walk out through the sunset. While it’s been very warm during the day, the evenings have been amazing! As a last note on Frozen, I liked the new perfume so much that I brought it home. I noticed it’s available on the Disney Parks Shopping app now for order in case anyone was curious to try it. It’s called “Frozen in a Bottle”. And here’s one last look at Epcot. Thank you for sharing this amazing week with me! I hope you enjoyed following along and feel free to ask any questions in the comments below. I always love hearing from you. That’s it for this time. Thanks for joining me for crazy week of visiting both coasts! Please let me know if you have requests next time around. Until then – I hope you’re having the best week ever.