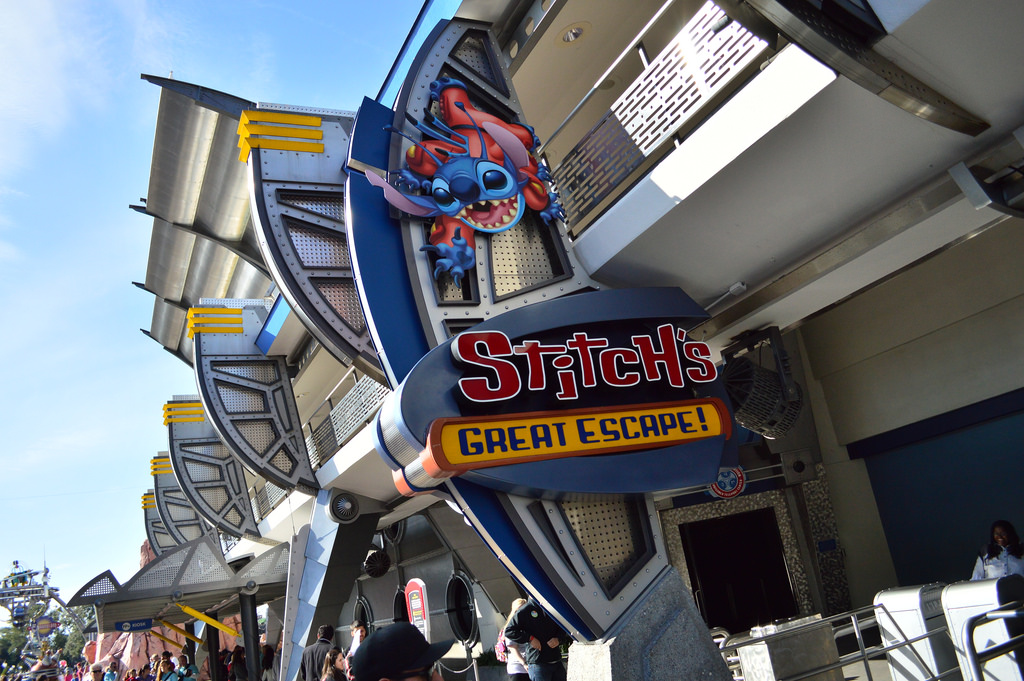 This week’s SATURDAY SIX takes a look at The Six Lowest-Rated Attractions at Walt Disney World! You may remember that the last few editions of the SATURDAY SIX took a look at the highest-rated rides, shows and spectaculars at WDW, as voted on by you. This week we are going in the other direction. Len Testa, co-host of the Disney Dish podcast, has sent down thousands-and-thousands of survey results from TouringPlans users, submitted after returning from their Disney trips. After combing through the data, we’re here to present the six attractions which scored the lowest among all the survey, and let’s kickoff the countdown with…

While “games of chance” and carnival-style games are found at pretty much all of Disney competitors – including the Universal Orlando Resort – many guests find them to be extremely tacky and an outright money-grab targeting kids. The Fossil Fun Games at Animal Kingdom are dinosaur themed carnival games at Chester and Hester’s Dino-Rama. In Disney’s defense, games such as these fit in perfectly with the overarching backstory of Dino-Rama (which – in short – is basically Chester and Hester quickly putting up a roadside attraction to take advantage of the popularity of the nearby Dinosaur Institute.)

Personally speaking, I love carnival games. I think it’s something fun that kids and adults can do together and the smile on a kid’s face after they win* is just as good as them coming off their favorite ride. For me, the downside of Disney’s games compared to Universal’s are the lackluster prizes. At Dino-Rama the prizes are generic plush that come nowhere close to the level of quality that Disney puts into merchandise. Universal has some cheapo prizes too, but it also has some amazing items that you can’t buy in stores (such as The Simpsons Santa’s Little Helper and Spider-Pig along with this bonkers slice of pizza plush.)

*I’m assuming that part, I never let the kids win.

While no prizes can be won at the Frontierland Shootin’ Arcade, it has a very reasonable cost ($1 for 35 shots) and can be a respite from the oppressive heat while walking through Frontierland. In fact it can be a great spot for parents to rest and recoup while the kids blast away at targets.

In 2015, when Disney removed all guns from WDW (including bubble guns if you can believe it,) it’s surprising that the Shootin’ Arcade wasn’t fast tracked into being completely replaced.

# 4 – Journey Into Imagination with Figment (EPCOT)

This one is heartbreaking, because there was a time when a Figment ride at EPCOT could have possibly made the Best Six Rides at WDW list. Since that time, the attraction has been retooled, shortened, and had its wonderful post-show experience pretty much gutted. For a ride based on “imagination,” it falls woefully short on its promise. Thankfully, the ride has the character Figment, possibly the greatest – or at least most memorable – character ever created for a theme park. Unfortunately the Dream Finder has been kicked to the curb and in his place is “Dr. Nigel Channing.” For TV fans, Channing is the theme park equivalent of Cousin Oliver on the Brady Bunch, Nikki and Paulo on LOST, and Scrappy Doo all rolled into one.

The Circle of Life experience in The Land pavilion at EPCOT can best be described as theme park’s version of being scared straight. Who doesn’t like The Lion King? Well, Circle of Life uses Simba, Timon and Pumbaa to educate theme park guests on how they – all of us humans – are destroying the planet. While the attraction itself is over 20 years old, the live action footage used in the movie seems to come straight from the 1970s. The message of Circle of Life is certainly relevant, but the movie itself needs to be updated as well as toned down by at least 10%. Impressionable kids may come away scared from the fires and other infringes upon nature seen in the film.

With an air conditioned theater and generally not that much of a line, Circle of Life used to be a great place to wait out your return time for a Soarin’ FastPass. However, since Soarin’ Around the World now has three theaters, that wait has become much more manageable. But if you need a break from the heat,a comfortable place for a nap, or have never actually seen “wall carpet” you could do worse.

Just as DisneyQuest could have been the coolest thing at Disney Springs, but instead became an outdated arcade filled with old technology, Innoventions could have been one of the neatest pavilions at EPCOT (especially after what happened to the Imagination, World of Motion, and Wonders of Life pavilons.) A pavilion that, in theory, should be a showcase for technological advancements, has mostly become a complete waste of space. Instead of attraction sponsors such as Apple, Tesla, or Samsung to wow us with products and exhibits, we have Colortopia, presented by a paint company. Heck, I’d settle for a “Superhero Showcase” featuring “all the characters Universal doesn’t have the rights to.” Something. ANYTHING.

As we have said before, Stitch is a character Disney is going to shove down our throats whether we want him or not. For wrestling fans, Stitch is the Roman Reigns of the theme park world. Like Figment, the artistic design on Stitch is great, and he sells a whole lot of merchandise. However, this attraction stinks, period. The fact that Innoventions scored .5 higher says everything you need to know. INNOVENTIONS! With the addition of Tron, we are getting closer and closer to the Tomorrowland we really want (despite the fact that the whole area is a thematic mess.) Space Mountain is a signature Disney ride, the TTA is the perfect way to relax, kids love the Speedway, and Monster Inc Laugh Floor is an underrated gem. One of these things is not like the other, and it’s time for Stitch’s Great Escape to hit the bricks. You can’t have a ride that specifically appeals to young kids and then have it take place mostly in the dark, with movement designed to creep guests out, and then have seating which makes it hard for families to experience it together well.

So there you have it: The Six Lowest-Rated Attractions at Walt Disney World! See you next weekend for the latest installment of the SATURDAY SIX, where we’ll look at something fun from the world of Disney and Universal. If you enjoyed yourself, be sure to check out The Magic, The Memories, and Merch! articles, or, for your listening pleasure, check out the E-Ticket Report podcast. You can also follow Your Humble Author on Twitter (@derekburgan).

6 Pieces of Disney Merchandise That Don’t Exist (But Totally Should!)

6 Times THE SIMPSONS Totally Nailed Being A Theme Park Fan

6 Ways Disney Can Introduce MARVEL Into The Theme Parks

Special Thanks to crack staff photographer Brandon Glover, my personal protege Hunter “Elvey” Underwood, Mr. ‘Ohana Tim Grassey, crazy cat lady – and our Fearless Leader – Laurel Stewart, and blogger to the stars Megan Stump for their invaluable assistance with this article. Be sure to also check out Brandon on The Park Blogger podcast with goofballs co-hosts Aengus Mackenzie and LitemAndHyde , while fellow Potterheads may enjoy Meg’s work on the Central Florida Slug Club.