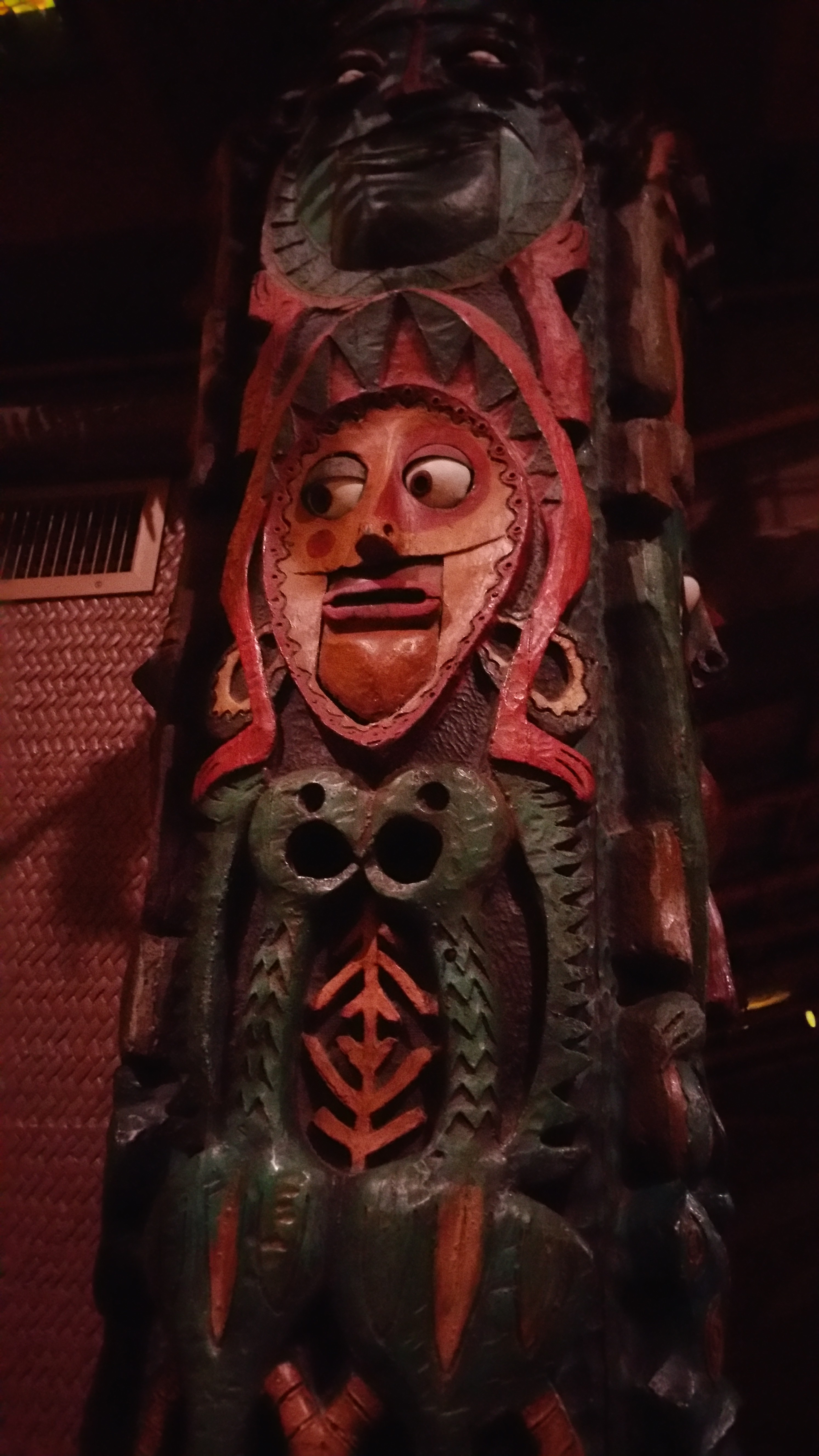 For whatever reason, Walt Disney’s Enchanted Tiki Room is an attraction that you can pretty much always experience without a significant wait even on the busiest days. I’ll be honest, there was a chunk of time in the not-too-distant past for me where I’d walk right by the Tiki Room without even considering going in because, you know, why would I waste my time on an outdated attraction that can’t even generate a modest wait? It would be a mistake, however, to equate demand with quality. The reality is that the Enchanted Tiki Room, while admittedly a straightforward attraction that is a complete throwback, is a an attraction of great historical significance that oozes quirkiness and charm that is a worthy part of any Disney trip. Join me after the jump to learn more!

For the uninitiated, the Tiki Room is a theatre-in-the-round show featuring the singing stylings of 4 multi-national macaws, several other birds, in addition to other enchanted plants and objects. While there is dialogue, it is at its core a musical show with a South Pacific vibe. It is, to put it mildly, unusual, and reactions to it tend to range from “what a fun little show,” to “what on earth was THAT?” Viewed with an appropriately whimsical vantage point, however, it can be a welcome addition to any touring plan. Let’s get one thing out there right off the bat: the Tiki Room is not exactly a modern attraction. Walt Disney’s Enchanted Tiki Room first opened June 23, 1963 at Disneyland and has been running more or less continuously there for over 50 years (excepting down time for refurbishments and a couple of revamps). As a result, there is quite a bit of history associated with the attraction.  For example, the Tiki Room is perhaps most notable for being the very first attraction to feature the audio-animatronic figures for which Disney is now well known. Additionally, because it needed computers to control all of those animatronics, and computers don’t care much for extreme heat, the Tiki Room was also the first attraction at Disneyland to be air conditioned.

Did you know that the Disneyland version of the Tiki Room was originally intended to be a restaurant dinner show? If you look at it from the air, you can see that it’s attached to what is currently the Jolly Holly Bakery and Aladdin’s Oasis, giving the building access to a kitchen. That’s also the reason that it has restrooms right there attached to the show building.

In 1998, the Magic Kingdom version of the Tiki Room got an update with the addition of Iago and Zazu from Aladdin and The Lion King, respectively, as the new hosts, along with a modified storyline and a new name: Walt Disney’s Enchanted Tiki Room (Under New Management). The show was not particularly well-received, however, and when a fire in 2011 prompted a shutdown of the show for repairs, Disney took advantage of the opportunity to restore the attraction to a streamlined version of the original Disneyland version of the show. This same version of the show is shown at both the Magic Kingdom and Disneyland Park today (with minor variations, such as the pre-show).

Another thing: this is one of those attractions, not unlike the Jungle Cruise, where the performance of the Cast Member at the helm can dramatically alter your experience. I’ve not encountered any at the Tiki Room yet that detract from the experience, but some of the hosts at the Tiki Room, particularly at Disneyland, really seem to embrace the absurd, quirky fun that makes it what it is and ramp up the camp and craziness in their presentation of the attraction. It makes it a bit easier to embrace the kitsch and just go with it when the host is in character.

One great thing about the Tiki Room is that even when the park is at its most crowded, it would be unusual for you to have to wait more than the amount of time before the next show to experience it. This makes it a prime candidate for afternoon touring, when lines at the headliners are at their highest and the sun is at its hottest. It’s a long enough experience to give you a full and fair opportunity to recharge, and as I mentioned earlier, it’s AIR CONDITIONED, which can be a huge plus if you insist upon being in the parks at 3:30 in the afternoon.

The Disneyland version is even better from this standpoint. For one thing, because it was initially conceived as a restaurant, it is one of a very short list of attractions (I actually can’t think of another — anyone?) that has a public restroom in the queue area. What’s more, you know that crazy-long Dole Whip line that snakes from the Tiki Juice Bar at the entrance to Adventureland back towards the Jungle Cruise? If you’re in the queue area for the Tiki Room, you can skip that line, and just walk up and buy a Dole Whip without the wait, and you can even bring it in and enjoy it while taking in the show if you’re so inclined! We, however, prefer to take advantage of the pre-show area to casually enjoy a snack, let everyone get caught up on bathroom visits and then head in for the show at our leisure. Usually that can be done before the next show starts, but if not, the show isn’t long enough that it’s really a big deal. It’s a great way to take a break without really taking one.

The Rain Effect Is Legit

Much though I enjoy the Tiki Room, even I would have to concede that particularly as compared to more modern attractions, there is not a heck of a lot going on. With that said, there is something to be said for staying in one’s lane, and the Tiki Room is a great example of an attraction that picks a few simple things and does them really, really well. Case in point: I have experienced the Tiki Room more times than I can count, but every single time it starts raining, my first thought is, “well, crud, I didn’t bring an umbrella.” It’s a great, very convincing effect. All in all, the music is fun and catchy, the show is endearing, and it makes a great respite in the midst of a busy day of touring. If you’ve never experienced it before or it’s been a while, give it a fresh look!

As always, I love hearing your comments. Where do you fall on Walt Disney’s Enchanted Tiki Room?  Treasured classic or out-dated fossil? Let me know in the comments!

Special thanks to my buddy “Howie From Maryland” Berman (@hocohowie) for his on-the-ground research in aid of this article!