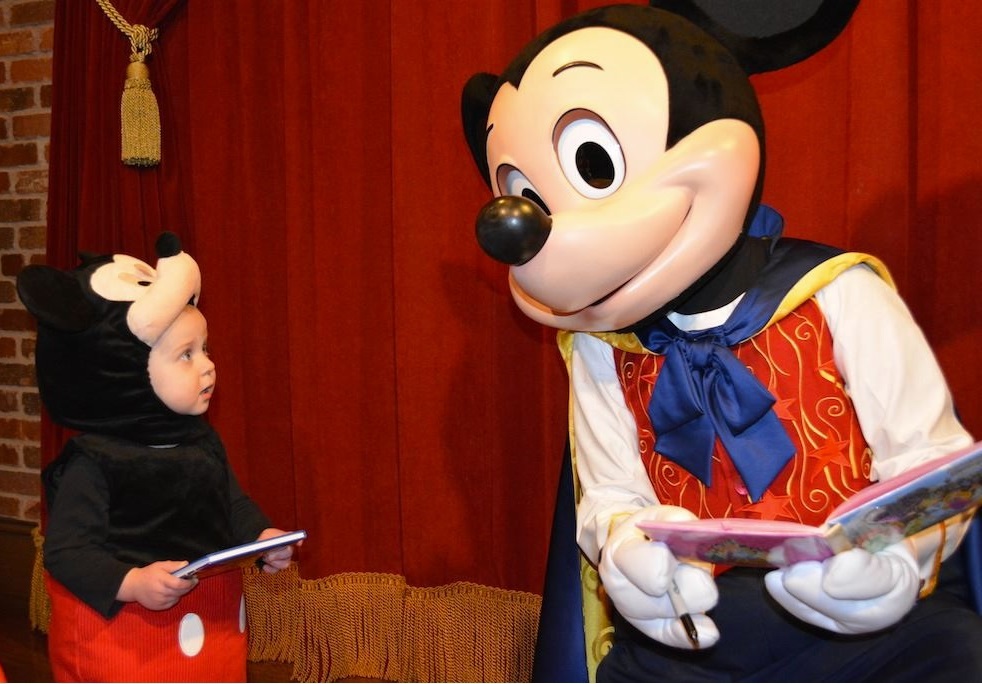 If you’re trying to decide what to see with your kids at Magic Kingdom, here are two tips:

That’s our conclusion after analyzing more than 126,000 Magic Kingdom attraction ratings from pre-school, grade school, and teen kids we’ve received over the past year. We’re using this data to update our touring plan and Fastpass+ advice for the 2017 Unofficial Guide to Walt Disney World with Kids.

The top attraction for kids – by a wide margin – is the Mickey Mouse meet-and-greet at Town Square Theater on Main Street. Kids give Mickey an average score of 4.7 on our 1-to-5 scale. Following the main mouse are the Celebrate the Magic castle show and Wishes Nighttime Spectacular fireworks.

The next tier of popular attractions is topped by character greetings, mostly in Fantasyland:

I don’t think these ratings are particularly surprising: most young children are unaware of the history of the U.S. presidency, and don’t really care about either the record of technological innovation in the 20th century, or singing South Pacific birds.  I’m a little surprised with Swiss Family Treehouse’s low ratings – maybe it’s the stairs.

You can use these ratings to prioritize the attractions to see on a one-day trip to the Magic Kingdom. The ratings also help when deciding where to use Fastpass+  during your visit. For example, if the waits in line for Jungle Cruise and the Mickey Mouse meet-and-greet are about the same, you’d probably want a Fastpass+ for Mickey. In a worst-case scenario, you could probably skip the Jungle Cruise without affecting your children’s enjoyment of the park.

The chart below shows the distribution of kids’ average attraction ratings across the Magic Kingdom: Below is another chart showing which group each Magic Kingdom attraction falls in to. Each column is rated from highest to lowest rating.

As we noted above, the top six attractions in the “4.0 to 4.49” category are character greetings.  Also, kids rate interactive games such as A Pirate’s Adventure – Treasure of the Seven Seas and Sorcerers of the Magic Kingdom higher than The Many Adventures of Winnie the Pooh, Under the Sea – Journey of the Little Mermaid, Dumbo the Flying Elephant, or The Barnstormer. 15 thoughts on “What Kids Like at the Magic Kingdom”