Not long ago, I was privileged to be a guest on the world famous WDW Today Podcast. I get my WDW news fix three times a week from Matt, Mike, Mike, and Len. The show topic was the design behind the arrival experience at each of the 4 parks. Making a great first impression is one of the hallmarks of the Disney parks. So let’s try and get into the head of the Imagineers and figure out why each entrance is unique but distinctly Disney.

There is an illustrated version of this article at SamLand’s Disney Adventures.

To understand the Magic Kingdom arrival experience is to go back in time and visit the City of Anaheim in 1953.

After many years of thinking and dreaming, Walt finally decided to move ahead with his dream of a family entertainment facility and he called upon his good friend Harrison “Buzz” Price. Mr. Price ran the Stanford Research Institute, which later became ERA AECOM. Walt laid down some constraints such as not being near an ocean and with flat land so he could create his own mountains, valleys, and rivers. Mr. Price did some research and he found 160 acres of orange and walnut groves about an hour south of Los Angeles in the small community of Anaheim. It had a lot going for it. There was a new freeway being built that would connect Los Angeles to San Diego through the sleep agricultural communities of Orange County. He thought there might be a small city with ambitions looking for industry to help out with the tax roles. Mr. Price was a numbers guy and what he crunched told him that this area would be the center of the Southern California population within 25 years. He was off by 4 miles.

So Walt gave the go ahead to purchase as much land as he could afford (which wasn’t much) and the rest of the story is legendary. Disneyland was an instant hit as Walt predicted and the land values throughout the entire surrounding area shot up. Poor Walt. Disneyland was destined to be surrounded by motels, diners, and other assorted uses that did not meet his high standards. If you want to get a sense of what the Disneyland perimeter looked like back then I recommend visiting Anaheim Vacationland.

The arrival experience for most people consisted of driving down Harbor Boulevard, which was lined with motels, dining spots, tourist support services, and gas stations. The jumble of signs tried to compete with the iconic Disneyland gateway marquee. We Southern Californians know what I am talking about. You paid your parking fee, drove under the power lines, were guided to your spot by a friendly cast member, and walked a short distance to a tram. Whisked to the front you paid for your tickets and the experience becomes very similar in design as the Magic Kingdom from this point forward.

Walt always said that the Florida Project gave him “the blessing of size”. He went out and purchased 27,258-acres for $5 million through an amazing process of dummy corporations and secrecy. He instructed his Imagineers to put the theme park at the far north end, as far away from the main highway as the could go. This served two purposes. First, it became the “wienie” that would draw you through the property past his real dream – the City of EPCOT. He really knew how to move people about. He also wanted the arrival experience to be far different from that in Anaheim.

This time you would leave the safety of the new completed Interstate highway and drive north into a vast wilderness. According to the must have book Since the World Began, the Imagineers felt it was “critical that Cinderella Castle be seen from afar”. Remember, at the time of the park’s opening, visitors had a six-mile drive once they left the main highway. They needed reassurance that they were not just driving into a swamp in Central Florida. Another benefit of having a castle that was more than twice as tall as Disneyland’s was it could be seen by all of the resort hotels, the monorail, and the ferries.

Walt encouraged the idea of a tall iconic design element for Disneyland but the implementation is much better at the Magic Kingdom. In Michael Broggie’s Walt Disney’s Railroad Story Walt is reminded his Imagineers “This is a magical place. The important thing is the castle. Make it tall enough to be seen from all around the park. It’s got to keep people oriented”.

Like a light bulb is to moths, Cinderella Castle is to the Magic Kingdom visitor.

But you just can’t hop on the tram and glide to the front gate like you could at Disneyland. The front gate was over a mile away and guarded by the Seven Seas Lagoon. You had to earn it. You parked, hopped on a tram, bought your ticket and then the adventure would really start. To get to the front gate, the Imagineers provided two uncommon forms of transport to choose from – the sleek futuristic monorail or the traditional old-fashioned ferryboat. Today, you can also take a bus from one of the resorts that goes under a canal. Next time you are visiting the park via the bus as you approach the Contemporary Resort watch for boats passing above you. It is an unusual site.

Once you have made it to the other side of the lagoon you become part of the cinematic experience that I describe in detail here and here. As you can see, by design and at great cost, the transition from the parking lot to the Magic Kingdom front gate is nothing like the Disneyland experience. Like a good movie, as you approach you are experience the same sensation that one gets from a watching the opening sequence of a good movie. The stage is set with a long shot of the train station as marquee and the top spires of Cinderella peeking out above a forest. As you move forward your view of the spires are continually deflected but come back in focus and reward you with the sensations you are getting close. The mid-view shot of the train station blocks the Castle right at the front gate. But this only heightens the joy once you have passed through the tunnels below the trains and get your first full view of the Castle with nothing blocking it. By this time the spires have become old friends but now the rest of the structure can make its emotional impact.

Even before the public arrived, Disney wanted to make sure that people knew that Walt Disney World was something much more than just another Disneyland. They were very keen on selling the entire resort experience. The promotional materials highlighted the attractions that were unique at the Magic Kingdom: Liberty Square, Country Bear Jamboree, The Hall of Presidents, Space Mountain, the Mickey Mouse Revue, and 20,000 Leagues Under the Sea. They were also heavy on the amenities such as boating, golfing, and other resort activities.

Lessons learned and lesson applied. That is the genius of the Magic Kingdom’s arrival experience. 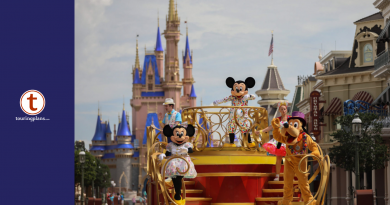 72 Hours in Walt Disney World During a Pandemic 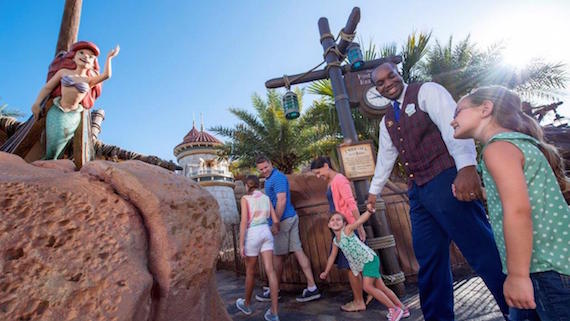 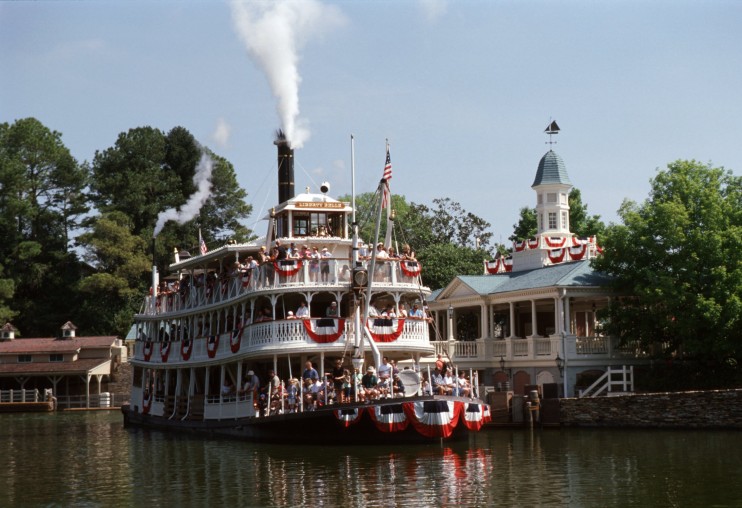