I hugged a dolphin at Epcot. And you can too!

My family of frequent Walt Disney World visitors is always looking for new Disney activities. We were excited when my twin daughters recently turned 13 and thus became old enough for the entire family to experience the Dolphins in Depth tour at Epcot together. During the tour we got to go backstage, enter the giant Living Seas aquarium, and get some quality bonding time in with a real live dolphin.

Our first stop was the meeting area outside the gates of Epcot. We were greeted by two cast members who gave us a little welcome speech and had us sign boilerplate waivers. We introduced ourselves and met the other guests on the tour. There is a limit of eight guests per Dolphins in Depth experience. Our group included my family of five plus a mother and her two adult schoolteacher daughters. This made for a very manageable experience.

We also were told that we could not take any photos backstage (thus the lack of photos in this article) and that, for the safety of the aquarium sea life, we must remove any and all jewelry before embarking on the tour.

This “remove all jewelry” thing almost ended up being a deal breaker for my family. We were happy to remove our necklaces, earrings, and watches. But I simply could not remove my wedding ring due to pesky post-pregnancy weight gain. (Um, yes, my “babies” are 13. Don’t judge.) I told the cast members that I hadn’t been able to take off the ring for years and demonstrated that the ring was absolutely not going to fall off into the tank. I was asked to try again inside using soap and conditioner as a lubricant. The fact that even with soap, I couldn’t get the ring off seemed to upset the staff. I had to suggest taping the ring around my finger as an added measure of protection. This seemed to satisfy them, but it really should not have been such a challenging scene. I can’t believe that I was the first person to take this tour who couldn’t get a ring off. This would not be the tour to take if you have other jewelry or piercings that cannot be removed or securely taped. If, for example, you’ve recently had your ears pierced and can’t take the studs out for several weeks, you should not sign up for this tour.

Once the formalities were covered, we were ushered into a backstage hallway where we learned about dolphin anatomy and had the opportunity to ask questions about the experience. I’ve been on half a dozen other backstage tours. While most do encourage guest interaction, I have to say the small size of this tour group made for a particularly personalized experience. It was very much like a conversation with the Epcot cast rather than a lecture. We felt free to ask questions at every point.

After the anatomy lesson, we entered a workroom the back of the aquarium tank. This was our first view of the actual dolphins. They were held in a gated area, about the size of large backyard swimming pool, off the main tank. We learned that there are four dolphins at Epcot and that they each have their own personalities and proclivities.

My first impression: These guys are BIG, much larger than I had expected.

After this introduction and a short video about how the dolphins are trained, we were lead into locker rooms. There are, obviously, separate locker rooms for men and women. We were instructed to take off all jewelry and hair accessories and leave them in a locker with our valuables, cameras, etc. We then gave the locker keys to a cast member who subsequently put those keys into a lock box. I felt confident that my gear was secure. Still in our street clothing, we had a very brief stop at a catwalk-like area over the main tank. We got to see here how much water the dolphins really had to move in when they’re given room to roam.

We then went into the main on-stage Living Seas exhibit. I was a bit frustrated since we had just been told to leave our cameras behind, but we were in an on-stage zone where photography is allowed. Grrrr. Anyway, we had a reserved, front row, spot for the public dolphin training session. Here, and in many subsequent comments, we learned that there is no right or wrong in dolphin behavior. They make their own choices. Sometimes they perform as planned, other times they do not, and both situations are perfectly OK.

Following the public show, we went back into the locker room to change for the water experience. Cast members had placed a name tag on a second locker for each guest. In the locker was a wetsuit and water slippers. We had earlier told the cast members what our shoe size was, but no one asked about other sizes. They had just guessed about what would fit.

We had a few minutes to use the facilities and change. There are about half a dozen private changing areas with curtains within the main locker room, so if you’re more comfortable with a bit of privacy, that’s an option.

The women in the other family in our group had worn their swimsuits to Epcot under their clothing, so they just had to take off a layer and put on the wetsuits. My girls and I had to undress, put on swimsuits and then put the wetsuits over this. This was all easier said than done in the short amount of time allotted. The wetsuits were tight and we needed to help each other quite a bit to get things zipped in the proper places. If I had to do this again, I’d start with the swimsuits already on.

More housekeeping: My girls and I all have fairly long hair. Anyone with chin-length hair or longer is required to have it pulled back when they’re in the tank. However, you can only use special biodegradable hair ties provided by Disney to do this. In my opinion, these ties are quite flimsy. If you have very long or very thick hair, ask for two or three of the special ties. Then it was time for the tank. Each of the two families in our group had our own guide. We were led into a small dock-like area at the top of the main tank. This put us in the water about waist high.

We had more instruction and demonstrations about dolphin behavior, and then the trainer called a dolphin over to meet us. My family interacted with Calvin. First we were allowed to pet him in a specific way. I had never done anything like this before so and found it to be quite a moving experience. I won’t spoil everything, but I will say that we spent about 30-40 minutes actually in the water with the dolphins. We learned some of their commands, got to touch them several times, and had the opportunity to ask dozens of questions.

During the dolphin interaction, each guest on the tour has the opportunity to have a photo taken. Since my family had five members on the tour, we were allowed five photos. Instead of each taking individual shots, we opted for three solo shots of the girls. For my photo, I chose to have a picture of the the girls together with the dolphin. And my husband opted to have a shot taken with the entire family with the dolphin.

We were given printouts of the photos as we left. I have to say that the print quality was not super spectacular. They prints were slightly grainy and the redeye in the photos had haphazard touch-ups. But I suppose when you’re posing with a capricious 500 pound mammal, you can’t really complain.

After the water experience, we went back to the locker room to change. There are showers available, but not a lot of time. We did opt to rinse off for a second. Shampoo and body wash are provided in wall mounted dispensers. You should plan to bring your own hairbrush and whatever else you’ll need to facilitate a quick clean up.

The parting swag for the trip was a lightweight drawstring backpack. We ended up using these to corral our wet swimsuits, but I wish we had been provided (or had known to bring) a plastic bag for this purpose.

Back in clothing, we went to a classroom where we learned more about ecological impacts on dolphin habitats and filled out program evaluations.

At the end, we were ushered back outside the gates of Epcot. To get back inside the park, you have to go through the ticket turnstiles.

The question you are no doubt asking now is, “Is it worth it?” As usual, the answer is, “It depends.” For my family, this certainly was worth it. We had never done any marine mammal interaction before and my daughters had never been backstage at Epcot, so those aspects of the event were thrilling for them. My often cranky husband LOVED interacting with the dolphin, and if he’s happy, I’m happy. However, if you’ve done other dolphin interaction while on a cruise or if you’re planning to have dolphin experiences at SeaWorld, the fairly steep pricing of this may give you pause. You may want to do a bit of comparison shopping before taking the plunge.

Here are the details you need to plan your tour

So folks, have you done the Dolphins in Depth tour? What did you think? Is this something you have on your bucket list? What questions do you have about the experience? Let us know in the comments below. 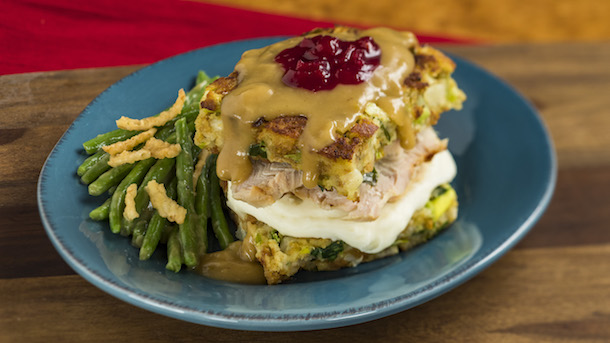