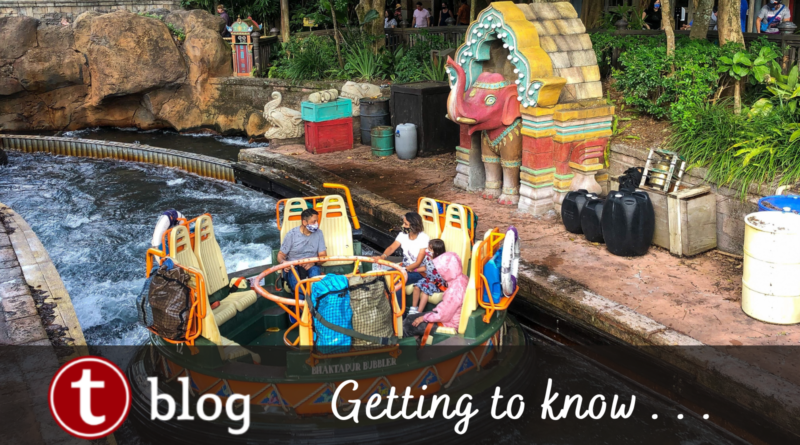 Are you visiting Disney World with kids who are too small for the coasters? Then you probably want to know about Disney’s Rider Switch program. We’ll cover the details of how the Rider Switch system works at Disney World, along with some frequently asked questions.

Here’s the 10-second overview: with Rider Switch at Disney World, both parents can ride an attraction that their kid(s) may not be able to go on. The first parent waits in line and rides, and then the second parent “swaps” and rides without waiting in the regular queue. I’d have lots of questions after that overly simplistic explanation, so let’s dive right in.

How does Rider Switch work?

At the attraction, bring your whole party to the greeting Cast Member. Look for a Cast Member with an iPad outside the attraction, a sandwich board marked as a check-in point, or ask. When you indicate who will be waiting with the non-riding members of your group, they will be issued a Rider Switch pass.

The Rider Switch pass is done through My Disney Experience, so guests need to scan something that is linked to their account to receive it. This can be a ticket card, a MagicBand, or MagicMobile. Once you have it, you’ll be able to see the pass on the My Day tab in Genie.

In practice, the second group will usually redeem the Rider Switch pass and ride using the Lightning Lane. But Cast Members may occasionally give a different direction.

The official list can be found on Disney World’s Rider Switch webpage. But the short answer that’s good enough for most users is that if a ride has a height restriction, it will offer Rider Switch.

Two parents and one kid is pretty straightforward. But if you have more than two riders, over the years Disney has made changes to how guests on the second ride are handled. Let’s spin through a few quick examples.

Perry and Piper (P is for Parent) are visiting with their children Alex and Blaise. Alex is tall enough to ride Slinky Dog Dash, but Blaise isn’t. Note that Alex will get to ride twice, once with each parent.

Perry and Piper are back 3 years later. Blaise is tall enough to ride now, but they have a new baby, Casey.

Case 2: Blaise wants to ride, but not with Perry

Case 3: Blaise and Alex both want to ride with Perry

The big difference: in Case 1 and 3 one of the kids rides twice, but in Case 2 each kid only gets a single ride. One reason why families might choose to have each kid only ride once is that you don’t need to wait at the attraction. If this family was doing Rider Switch at the Magic Kingdom, Piper and Blaise might go with Casey to see Mickey’s Philharmagic while Perry and Alex are riding Seven Dwarfs Mine Train.  Then Perry and Alex could see the show while Piper and Blaise are on the coaster. (See: Disney World Big Kid / Little Kid Attraction Alternatives)

It’s worth mentioning that Rider Switch experiences can vary from ride to ride and time to time. Although the process most commonly works as described above, Disney makes operational changes for a variety of staffing and safety reasons, and so you might find sometimes that it varies from ride to ride and even day to day of your visit. Here are some of the more common variations that guests might experience.

What if my kid is just scared of the ride?

There are actually a couple of rides on the official list that don’t have a height restriction: Frozen Ever After and Na’vi River Journey. You might look at those and think they make sense because they’re dark and/or have small drops. But then you might wonder why Pirates of the Caribbean isn’t on the list, since it is dark and has a small drop.

The truth is that Rider Switch can be used on any ride that is a problem for a member of your party who is unable to wait by themselves. The language on Disney’s Rider Switch page reads: “If a child does not meet the height requirement or a Guest does not wish to board a particular attraction, no problem!” Multiple responses to questions on PlanDisney such as this one have confirmed that Rider Switch can be used even at attractions that aren’t on the official list. I myself have been offered a Rider Switch pass at Haunted Mansion after my kids balked at the stretching room.

That said, if a ride isn’t on the list, it’s always going to be at the discretion of the Cast Member you’re talking to, and Rider Switch has sometimes been abused by visitors in the past. Guests have occasionally reported being denied a Rider Switch at rides that aren’t on the list.

I’ve heard of other systems that sound similar to Rider Switch. Are they the same thing?

Probably, yes. Similar systems at other parks go by the names Rider Swap, Baby Swap, Child Swap, or Parent Swap. At Disney World the official name is Rider Switch but all of these systems aim to let both parents ride without having to wait in line twice.

Where do you wait for the first group to finish riding?

If you’re waiting with Rider Switch, you don’t need to stay at the attraction. You can feel free to go do something nearby that’s fun, grab a snack, hit the restrooms, or simply sit and read a book if your kid is napping in the stroller.

My Rider Switch pass has a return time. How is that calculated?

Disney doesn’t say, but we find that usually it’s based on an estimate of when the first group might be done with the attraction and ready to swap. Recently, groups have been reporting that the return time was immediate.

How long do you have to use your pass after the return time?

Your Rider Switch pass is good until the end of the day, which is nice if you don’t have time to get both rides in before a lunch reservation or a planned break. However, you can only have one Rider Switch pass at a time. No piling them up until the end of the day and sending the non-riding kid back to the hotel while the other parent and the older kid stay and ride a ton of stuff.

How does Rider Switch work with Virtual Queues?

What you can’t use Rider Switch for: getting a Lightning Lane for only one parent and then having the second one use the Rider Switch instead. Cast members will check, and it won’t work.

How does Rider Switch work with DAS?

Rider Switch and Disability Access Service can be used together. All riders must be included in the party when the DAS return time is obtained. When you’re ready to ride, the DAS holder must be in the first group. Otherwise, the process is the same. The DAS holder is eligible to be the “returning guest” in the second group if that situation applies.

Have you used Rider Switch at Disney World? What was your experience? Let us know in the comments!

5 thoughts on “Rider Switch at Disney World: Guide and FAQ”