Many times, when people talk about planning a trip to Walt Disney World, and more specifically Magic Kingdom, the talk quickly turns to the attractions that are the most exciting. These attractions are generally the ones that have height restrictions, with required restraints to keep you in the vehicle.

As a self-professed ride chicken, there’s a lot of things that give me pause at Disney World: attractions that are so mind-bogglingly scary, I’m not sure how anyone is brave enough to attempt them.

With that being said, there are far more attractions that even ride chickens can handle. There’s obviously a variety of reasons people do not like certain attractions, and for a long time I just assumed my fear was roller coasters. While I still cannot ride huge coasters, I have since realized that I actually can’t handle changing altitudes quickly.

This leaves out most of the flume-style rides, as well as the larger coasters.

For my fellow chickens who share my fear of drops, here is a ranking of the scariness of several popular attractions at Magic Kingdom, as well as some more obscure attractions, complete with their altitude change (i.e., the highest drop).

To assist you when you’re compiling your touring plan, each ride will be rated using the Early Warning Drop System:

Here is a ranking of the scariness of several popular Magic Kingdom attractions, complete with their altitude change (i.e., the highest drop), top speed, and duration of the ride, ordered by Early Warning Drop System.

1. Pirates of the Caribbean

Pirates of the Caribbean is very popular attraction that opened in 1973, which became even more popular after the blockbuster movies based on the attraction came out. It is an indoor trip through a relatively realistic pirate tableau (albeit a bit more politically correct).

With just one minor drop right at the beginning, this ride rates only a 1 on the Early Warning Drop System.

This attraction is a very small, very slow to load roller coaster, with only 2 trains holding 16 people at a time. While this ride has similar speeds to Space Mountain, it is over very quickly, making this a good first choice for anyone nervous about trying out a roller coaster. Even if it’s the worst experience of your life, it’s over in less than a minute.

This attraction is a real roller coaster, with real small drops, but they are quick and over even more quickly, garnering an Early Warning Drop System rating of 2.

The wildest ride in the wilderness is a runaway mine train, in and around a mountain mining town. It is highly themed, and was recently refurbished to include interactive elements in the queue. Most of the track is outdoors, which makes it easy to see what’s coming up so you can prepare yourself. The lift hills are quite loud and jerky, which can be off-putting since what goes up must come down. To make the drops less intense, ask to ride in the front row, as it makes a huge difference.

There are 3 relatively small drops, with lots of speed and twists and turns. This attraction scores a 3 on the Early Warning Drop System.

This is the newest attraction at Magic Kingdom, and the final part of New Fantasyland. Disney calls it a family friendly roller coaster, and it combines a traditional roller coaster with a dark ride. Even though this ride is considered family friendly, it does have several drops, including one that happens immediately after the ride begins. The individual mine carts sway back and forth as the train goes around the track, though it’s a very mild sway. The lift hills are very quiet, steep, and quick, which is a blessing and a curse combined (not much time to prepare yourself but not much time to freak yourself out, either)

This ride is tricky to rate, with several drops and one larger drop that is higher than the one on Big Thunder Mountain Railroad. However, it’s a very smooth ride, which makes it seem less intense. It was enjoyable, but with significant drops, it’s still very challenging for people who aren’t fond of drops to ride. Because of all of these reasons, this one rates a 3.5 on the Early Warning Drop System.

This ride is an enclosed roller coaster, with a futuristic theme. One of the most popular rides at Magic Kingdom, it can be absolutely terrifying for people scared of drops for one reason: most of the ride is completely dark, so you can’t anticipate drops.

Because of the relative length and the inability to see what’s coming up, this ride scores a 4 on the Early Warning Drop System.

Splash Mountain is a flume-style attraction that contains indoor and outdoor drops, with audio-animatronics and various scenes from Song of the South. This attraction has a chance of getting you wet during the final drop, especially if you are seated towards the front. The ride vehicle is a giant hollow log that can hold 8 passengers, two by two in four rows.

With a total of 4 drops, including one that is the equivalent of a 5 story building at a 45 degree angle, this ride rates a 5 on the Drop System.

So what do you think? Did I leave anything out? Let me know if you agree with my ratings! 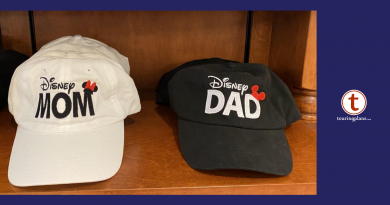 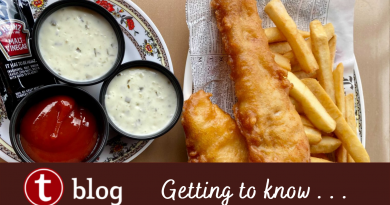