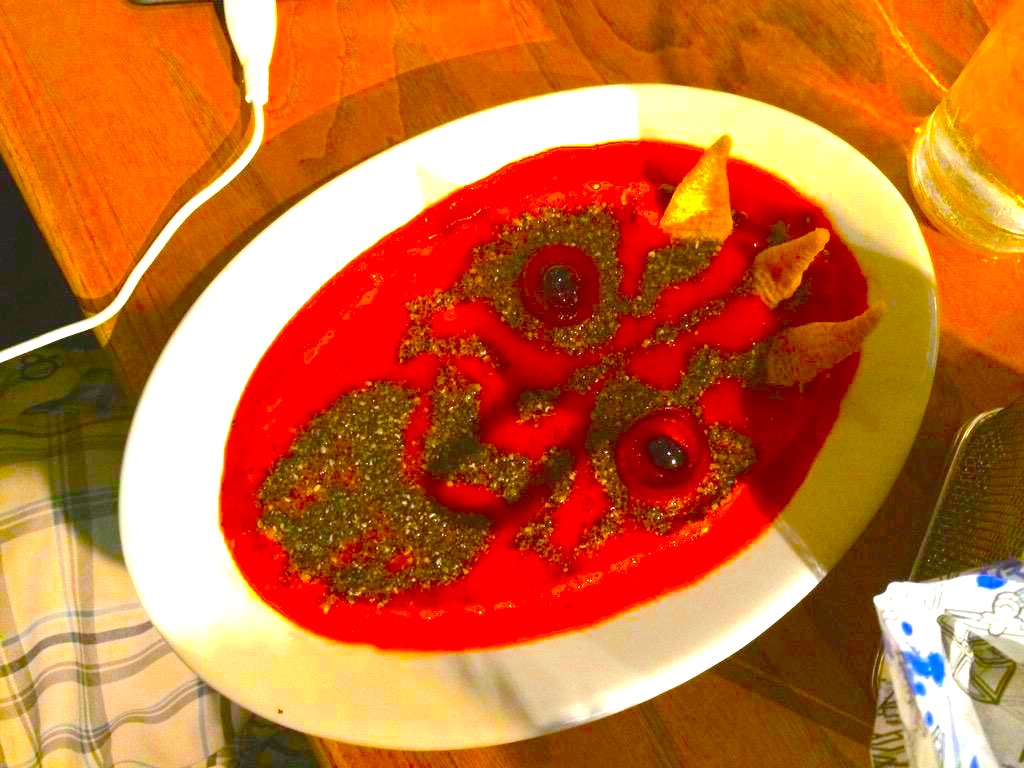 This week’s  SATURDAY SIX takes a look at Six Reasons We’ll Never Forget 2015 (No Matter How Hard We Try). With this being the first edition of the SATURDAY SIX for 2016 it is time for our annual tradition of looking back at some of the most memorable moments of the past year. Now we already covered some of the great things that happened during the past 365 days, and some of the worst as well, so today let’s look at six theme park stories that fall into a different area. Events that are almost hard to believe actually happened, but we promise they did, and we’re here with the proof. So let’s kick it off with…

Monday, February 16th. A day that will live in (theme park) infamy. This was the day when the Universal Orlando Resort mysteriously banned guests from bringing water bottles into the resort. No official reason was given as to why the new procedure was put into place, and after a huge social media outcry, the ban was lifted by Thursday. No advanced warning was given, so guests showing up to the parks found out at the security bag check at the parking garages that bringing bottled water onto property was not allowed. This caused lines at bag check to grow frustratingly large (which – as it turns out – was just foreshadowing for events later in year, but we’ll get to that later).

Readers of the SATURDAY SIX may know we have a sister article, The Magic, The Memories, and Merch! that takes a monthly look at the items available at the Disney Outlet Stores in Orlando. We’ve seen some pretty strange items over the years, but an item that made its debut in June is up there with the best of them. In fact, it is appropriate that the MagicBand Slider was delivered into the world during the same year as Back To The Future day because – like Marty McFly and Doc Brown – this accessory appears to come straight from 1985. Aside from being aesthetically ugly, you can’t even wear the MagicBand Slider like you would a normal watch because it would cover up the “Mickey Head” that you need to use at the turnstiles, FP+ sensors, and hotel room doors. Just amazing! Universal has delivered a lot to the theme park world in the past few years (including Cabana Bay Beach Resort, Springfield USA, Raptor Encounter, and Diagon Alley) and has a whole bunch of stuff coming (including Skull Island: Reign of Kong, Race Through the New York starring Jimmy Fallon, Sapphire Falls, and Volcano Bay) but one thing they did this past August was a little surprising. The attraction I Love Lucy: A Tribute left the park to make way for a Hello Kitty interactive retail store “experience.” The day after Universal closed the Lucy attraction, they merely turned the sign around and taped it back up with duct tape. While there certainly are a million creative uses of duct tape, this probably shouldn’t be listed in the top ten.

They say there are only two certainties in life: death and taxes. We theme park fans know there is one more, the price of park tickets is going up. A fourth certainty can probably be added to the list in the form of: Whatever SeaWorld Public Relations Does, It’s Going To Be The Worst Thing Possible. In our Second Annual Turkey Awards, we talked about the SeaWorld employee who got caught trying to go undercover as a animal rights activist. That wasn’t even the craziest SeaWorld story of the year.

Back in March, SeaWorld launched a #AskSeaWorld campaign, encouraging social media users to ask them questions in order to educate them about the park. As anyone who has ever been on Twitter knows, it may not be the best place possible to have a rational and reasonable discussion about anything. SeaWorld was inundated with people attacking them, along with others asking legitimate questions that wouldn’t be in SeaWorld’s best interests to answer publicly (such as specifics about their breeding program).

Now when you get trolled on Twitter there are two ways you can respond. A) Take the high road and just ignore the people obviously trying to get a rise out of you. B) Attack them back.

SeaWorld chose option B, and started posting their own memes and insults, in the process coming across like a petulant child. There is an important lesson to learn here. NEVER CHOOSE OPTION B.

While we are all basking in the glow of Star Wars: The Force Awakens and looking forward to the upcoming Star Wars Land in Disney’s Hollywood Studios, we do need to spend a minute mourning the loss of an annual tradition: Star Wars Weekends (SWW).  This past year SWW went out with a bang as it introduced the Rebel Hangar: A Star Wars Lounge Experience, an overlay to Backlot Express. Inside the Hangar was a whole bunch of neat – even if completely random – Star Wars elements including awesome propaganda-style posters done for The Empire. The backstory to the Rebel Hangar was that it included discarded remnants from over a hundred planets, so it was essentially a Star Wars Outlet Store.

The highlight to the Rebel Hangar was the food. The entire menu was themed to Star Wars and ranged from the ridiculous to the sublime. Filled with puns (including The Dark Fried, a variation on chicken and waffles) and some nonsensical items (such as Ensalada Naboo) if this menu is a sneak peek of the food and drink items coming to Star Wars Land we are in for some next level bananas stuff. Universal and the Wizarding World of Harry Potter went one way with Butterbeer and Chocolate Frogs, immersing guests into the film world they loved; Rebel Hangar went in a completely different direction with a bonkers looking Chips and Sith and the disgustingly named Dagobah Swamp Juice.

It all started earlier this year, when metal detectors were installed at three of Universal’s roller coasters. The first walk-through metal detectors appeared unannounced at Hollywood Rip Ride Rockit in March, followed by more appearing at Dragon Challenge and The Incredible Hulk Coaster a few weeks later. In the past, Universal has had guests go through the metal detectors (along with handheld scanning wands) during their Halloween Horror Nights event, but this was the first time the practice was done inside the parks. This security measure was put in place to make sure guests did not bring selfie sticks, cell phones, or keys onto the rides.

Later in the summer, Disney completely banned the use of selfie sticks in their theme parks, an issue we covered in our special Thanksgiving article.

On November 13, the city of Paris, France suffered a series of coordinated terrorist attacks. When that event happened, my family and I were in the middle of a Disney vacation and the bag checks at the parks immediately became much more thorough.

Much like the TSA at our airports, not many guests going through these new security procedures feel much safer. Both Disney and Universal are using a third party to provide the security measures, and this is not a company known for its friendliness or cooperativeness with guests. While we will certainly get some tweaks, it is hard to believe we will ever go back to the old system.

This one cuts me deep. One of the things I enjoy about a theme park resort is a good arcade. Pop Century and Art of Animation? Great arcades. Contemporary? Great. Port Orleans French Quarter? Horrible. One thing that all the really good arcades had was a whole bunch of games that gave out tickets, which guests could then redeem for prizes. Disney started phasing out these games at the beginning of the year, all because of a law that passed in Florida which targeted Internet Cafes that they feel may be applied to video games. Any game which gave out prizes of any kind were either removed completely or had their ticket prize function disabled. Many of these games were eventually replaced with driving simulator video games.

Yes, the old prize redemption games were a bad deal. Who knows how much actual real money you spent just to redeem tickets in for candy and toys which won’t last a week but when you’re a kid, that’s what makes life worth living. Cashing in tickets that you won for cheap crap is a right of passage that no longer takes place on Disney property. Thankfully prize redeeming games still remain at the Universal Orlando Resort. 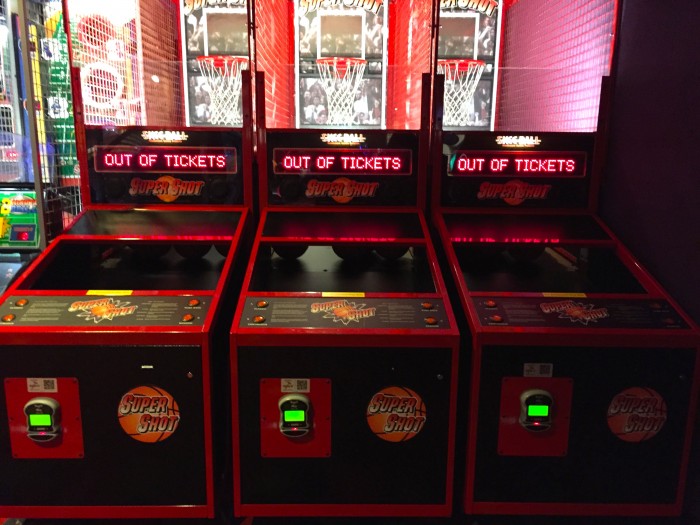 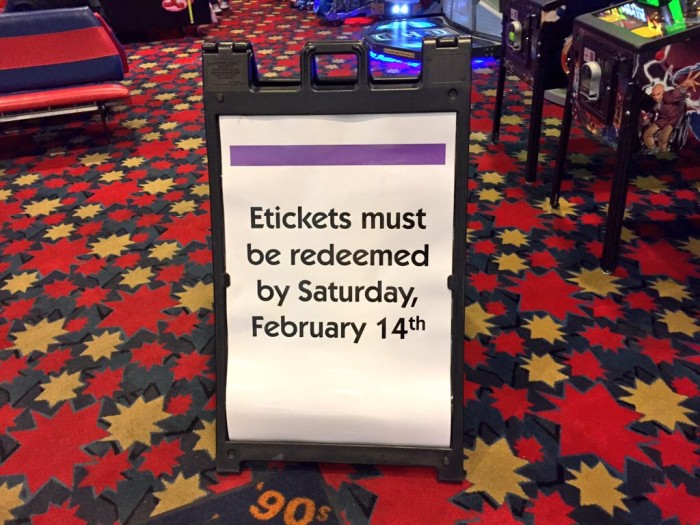 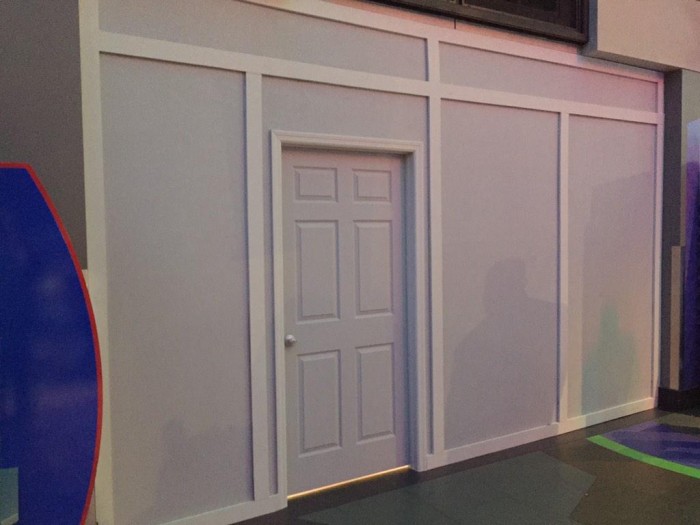 So there you have it: Six Reasons We’ll Never Forget 2015 (No Matter How Hard We Try). See you next weekend for the latest installment of the SATURDAY SIX, where we’ll look at something fun from the world of Disney and Universal. If you enjoyed yourself, be sure to check out The Magic, The Memories, and Merch! articles, or, for your listening pleasure, check out the E-Ticket Report podcast. You can also follow Your Humble Author on Twitter (@derekburgan)

How to Survive Star Wars Weekends in Six Easy Steps

Special Thanks to crack staff photographer Brandon Glover, master photo manipulater Matt Cleary, #blocked and reported for Spam Michael Sheehy, Disney Fanboyz and general instigators Mark “#WaterBottleWednesday” Diba and The @schmoofy, YouTube sensation (no, not Tim Tracker, the other one) Kyle of View From the Cheap Seats, and blogger to the stars Megan Stump for their invaluable assistance with this article. Be sure to also check out Brandon on The Park Blogger podcast with co-hosts Aengus Mackenzie and Brian Carey. 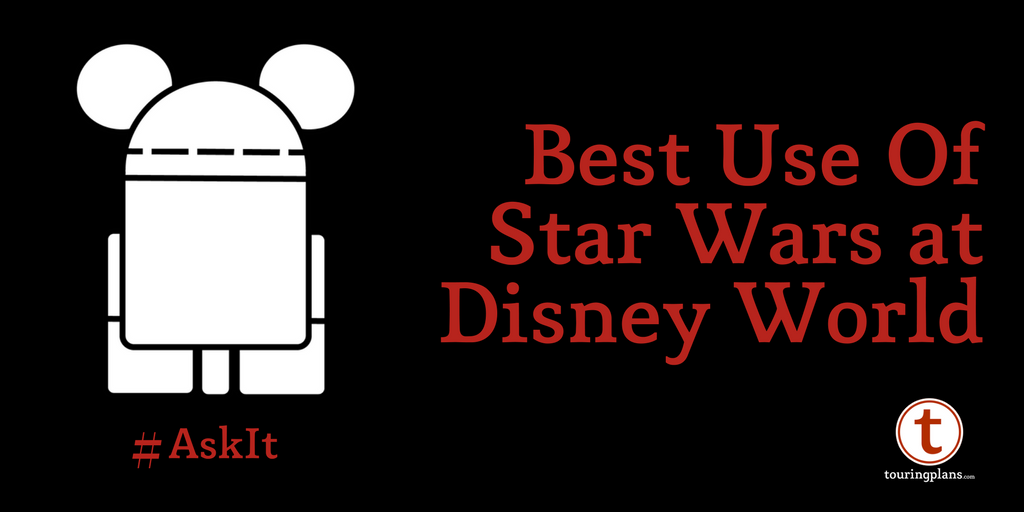 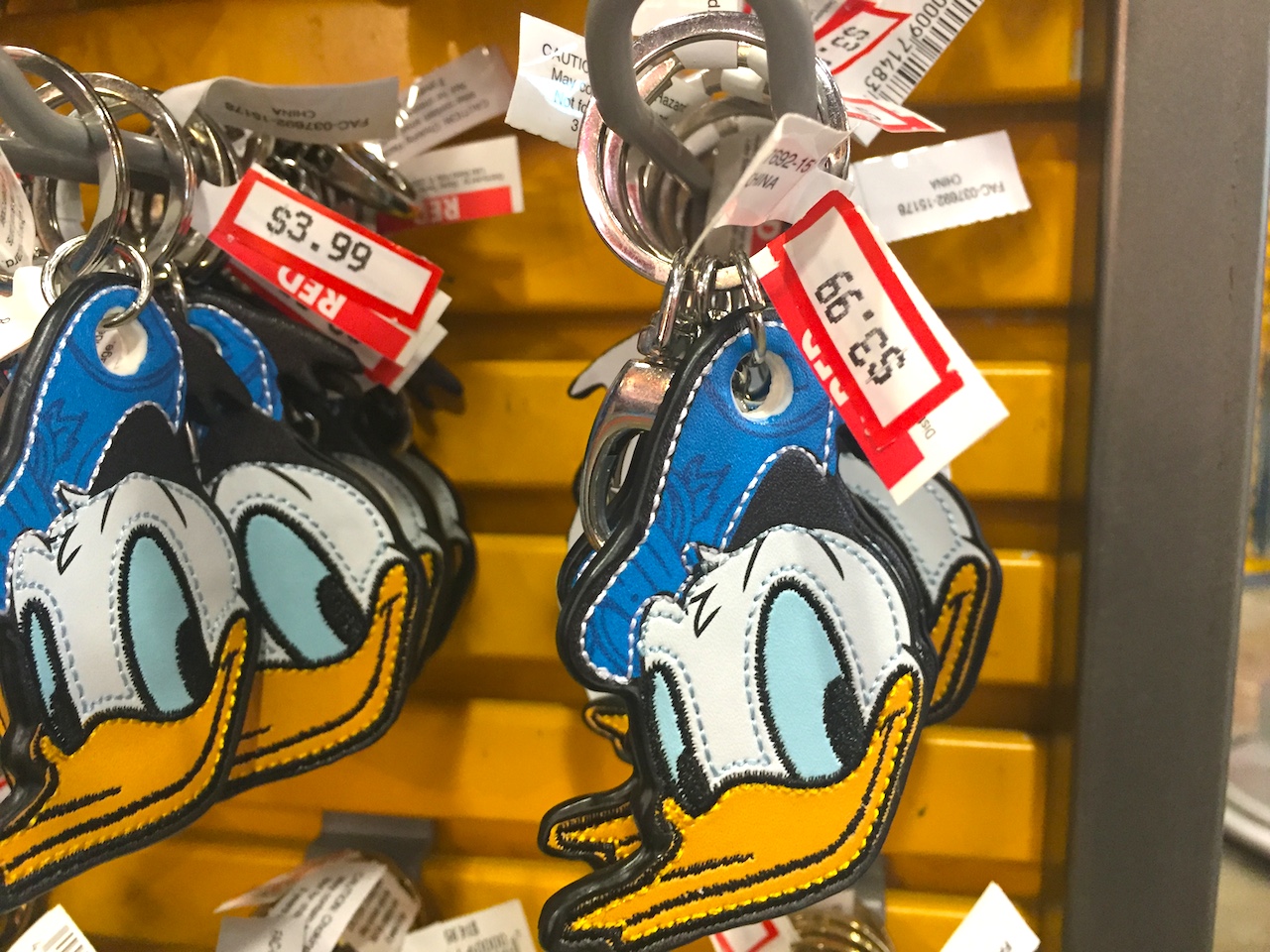 The Magic, The Memories, and Merch! February 2016 Photo Report of the Disney Outlet Store 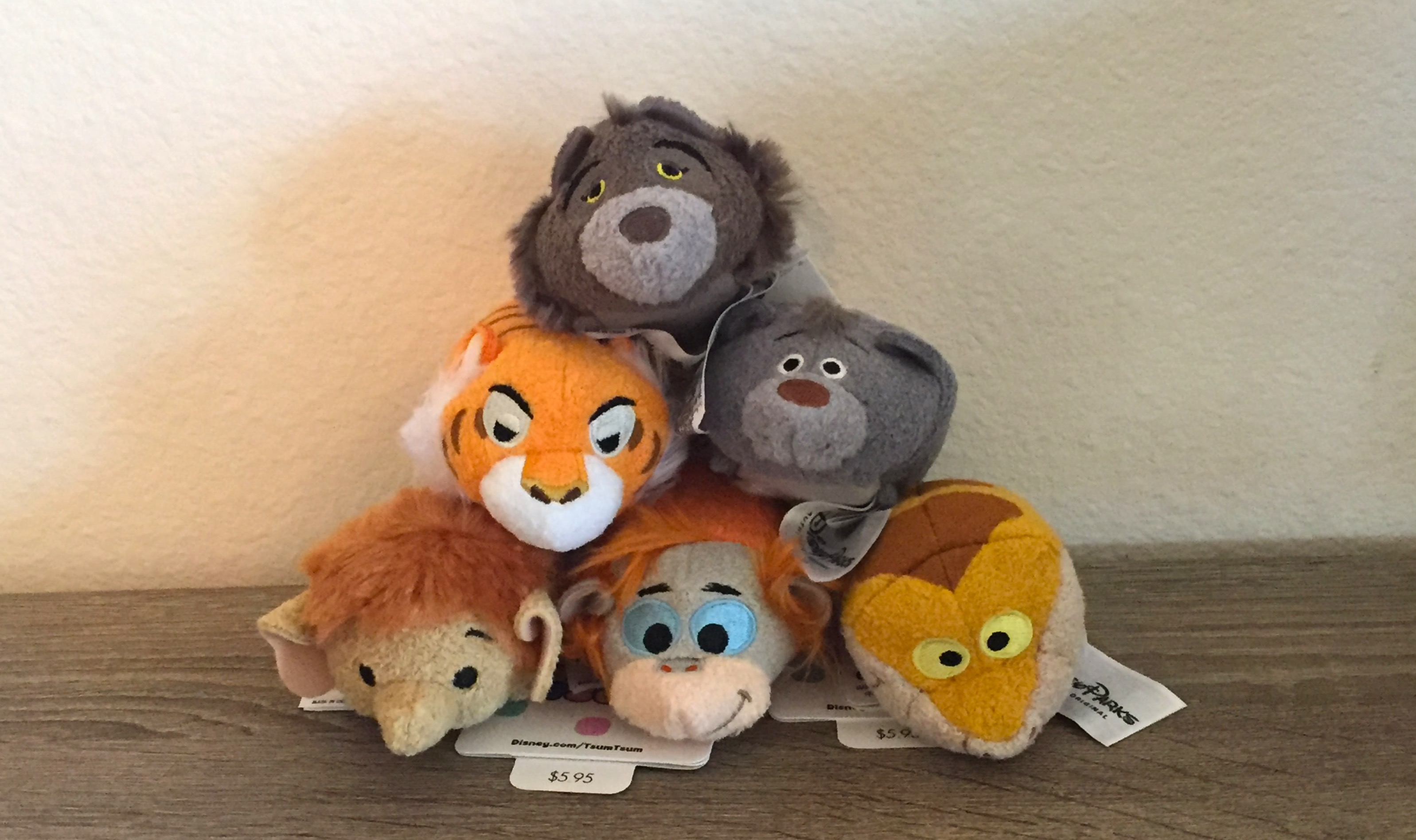