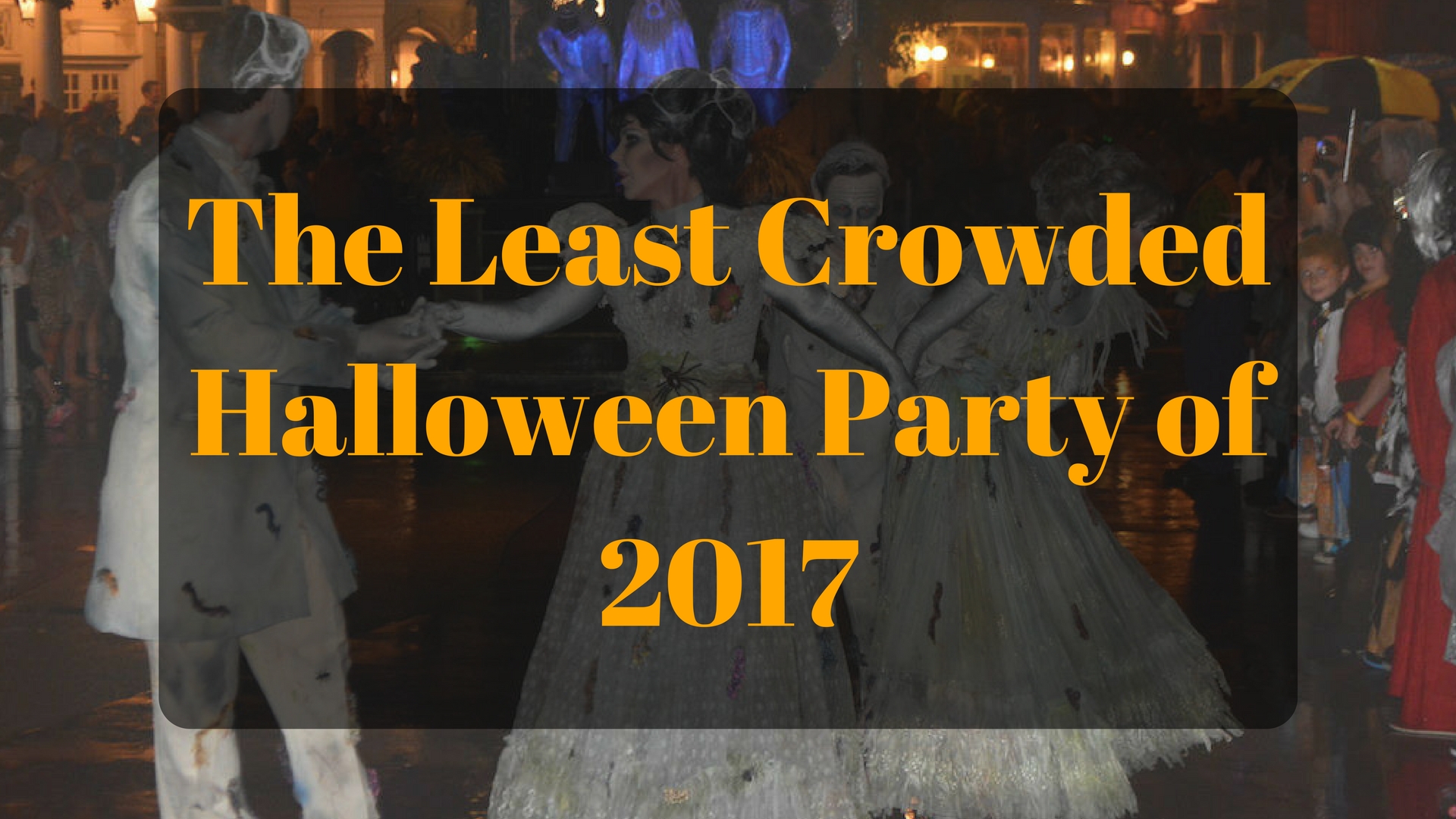 Welcome back to what has become a yearly tradition: predicting the least crowded Mickey’s Not-So-Scary Halloween party. We’ll look back at last year’s recommendations in a bit and give you the full 2017 list, but first make sure you check out our dedicated page for a complete list of dates as well as a thorough description of what the Halloween party is.

In short, if you’re looking for the best 2017 Halloween Party to attend, we recommend Tuesday, August 29, 2017. Each of the past four  years we recommended the same basic party, September 17, 2013, September 16, 2014, September 15, 2015, and September 13, 2016. The reason we’ve broken with that slightly (that September party is #3) is because they parties just start so darn early this year. In the past, very early parties are more lightly attended, so we’re making that assumption again.

Before we get to the 2017 party rankings, let’s revisit our predictions from last year to see how accurate we were. Here were our top 5 recommended party days and how they turned out:

We made a few adjustments to our projections last year and they seem to have worked more than they didn’t–our top four selection were indeed 4 of the best 5 to attend. The only oddity in our top 5 is that October 4 party, and that was a weird one; it was the party 2 days before hurricane Matthew hit on October 6 (cancelling the October 6 & 7 parties).

In general, the 2016 results were in line with the recent trends. Every year the wait times we’ve been monitoring have gone up and they went up again in 2016 to just under a 15 minute average wait. That’s still not a bad time to wait, but it represents a 20% jump on 2015, which itself saw a 20% increase. Oddly enough, we don’t think the parties are necessarily busier–there were fewer sellouts in 2016 than in many years (probably due to the price increases). We think this could merely be an overall trend, possibly due to staffing cuts.

Now let’s get on to this year’s rankings. Here are our predicted rankings of attraction wait times at each of the 2017 Mickey’s Not-So-Scary Halloween Parties. We fiddled with the formula a little this year so that we consider more than just attraction wait times. We now also consider if previous parties sold out and we look at the crowd ratings for the daytime hours. The result is something that we hope will be an even better representation of crowds. We present the chart below in order to give you as much information as we have so that you can make an informed decision.

Now that you are armed with the most powerful weapon…knowledge, you can plan your 2017 trip to Mickey’s Not-So-Scary Halloween Party. This blog post will help you find all of the party dates and prices.

Hopefully this analysis will help you choose the best Halloween Party to attend. Make sure to check back here in a few weeks, where we’ll be breaking down Mickey’s Very Merry Christmas Party, as well.

9 thoughts on “Find the Least Crowded Halloween Party in 2017”