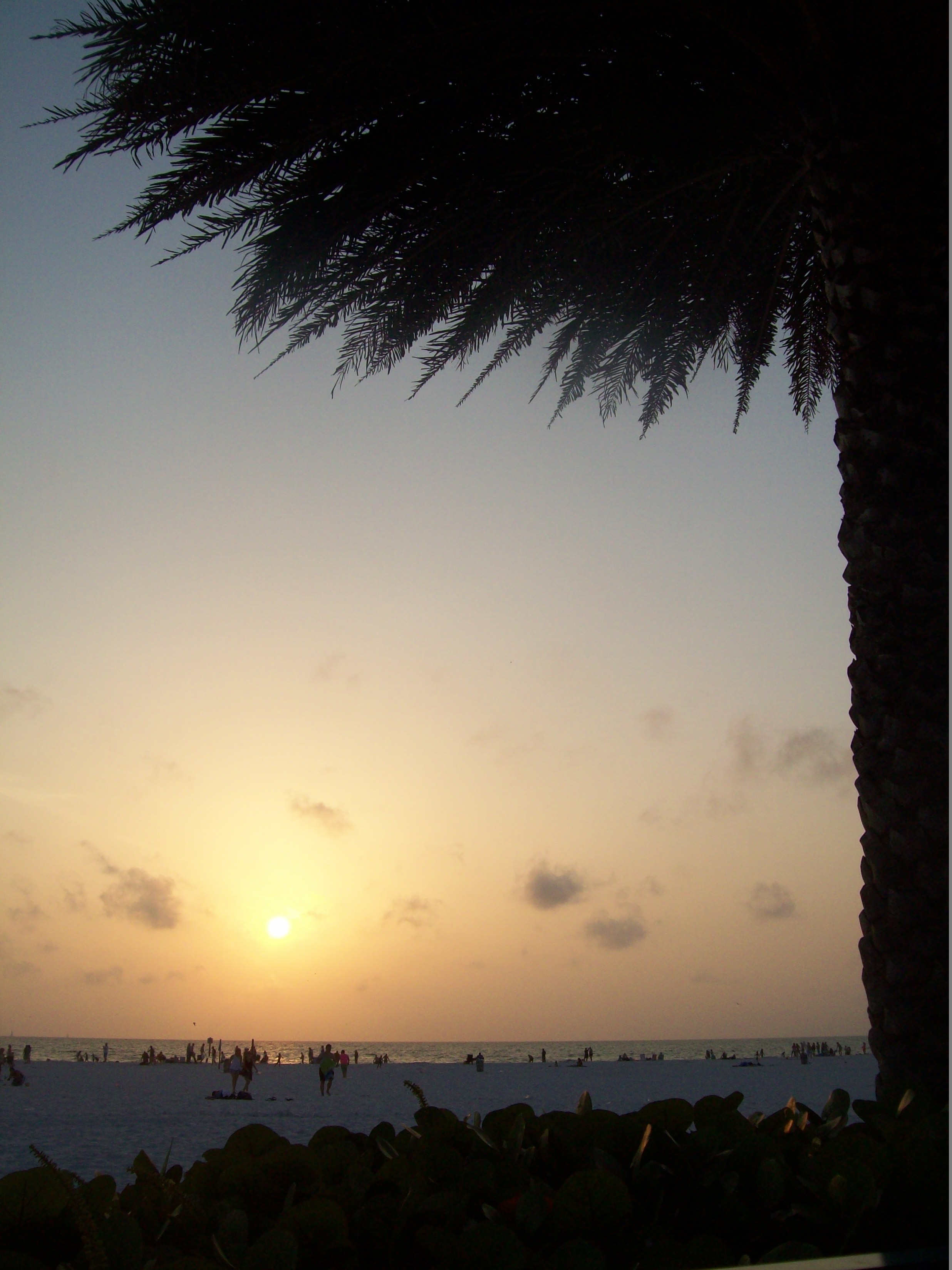 Let’s face it, sometimes there is so much to do on a Walt Disney World vacation that you need a vacation when it’s over. Thankfully, its central location in Florida means Walt Disney World is only a short drive from beaches on both the Atlantic Ocean and the Gulf of Mexico. There are a great many beaches and popular destinations throughout Florida’s gulf coast including St. Petersburg (“St. Pete”) Beach, Dunedin’s picturesque Honeymoon Island, Madeira Beach and John’s Pass Village & Boardwalk, Fort De Soto Park, and Sand Key Park.

Located just a short drive from Walt Disney World, just outside of Tampa, also lies arguably the best among them: Clearwater Beach. Consistently voted among the top beaches in not only Florida but America as well, Clearwater Beach offers something for everyone including restaurants, beach bars, watersports, shopping, nightlife, fishing, and of course miles of beaches along the Gulf of Mexico. With everything in both Clearwater and surrounding areas, Clearwater Beach provides the most “bang for your buck” for tourists making the trek from Walt Disney World, be it for a day, a weekend, or a few days tacked on to the end of a vacation. For those who want this “vacation from a vacation” relaxation to those who still need to “always have something to do,” Clearwater Beach could please all. Unless Florida actually builds the long rumored high speed rail between Tampa and Orlando, you will need a rental car to visit Clearwater Beach. If you don’t wish to rent one for the entirety of your stay, rental cars are available from the Alamo and National Car Care Center near the Magic Kingdom. Walt Disney World Resort guests can contact their concierge desk or front desk for more information.

Clearwater Beach lies roughly ninety minutes west of Walt Disney World, accessible by following Interstate 4 westbound to I-275 and then Florida Route 60 (signed in some spots as Gulf to Bay Blvd.) En route to the beach you will pass by Tampa International Airport, over the Courtney Campbell Causeway (flanked by palm trees and Tampa Bay on both sides of the road,) and eventually over another causeway above the bay and onto the island that makes up Clearwater Beach. A roundabout sends drivers to the north or south beach. It is important to note that with one road in and out, the beach causeway gets very congested at peak travel times, especially during the peak spring season. If you are only planning on visiting the beach as a day trip from Walt Disney World, plan to arrive in Clearwater by 10am. A shuttle called the Jolly Trolley serves the beach community as well as surrounding areas.

Parking can sometimes be in short supply at popular times of year or on weekends. Nevertheless, there are many public lots and metered parking spots. The largest lots are right off Pier 60 on Coronado Drive, adjacent to Frenchy’s Rockaway Grill and Palm Pavilion between Bay Esplanade and Rockaway Street, near the city pool and public library on Bay Esplanade, and adjacent to the marina and causeway (although this latter lot is reserved for marina activities only.)

The big draw is, quite obviously, the roughly 2 ½ miles of sandy beaches, but there is more to do than swimming and sunbathing in Clearwater to fill a weekend. Aside from watersports, dinner cruises, and fishing that all take place on the water, Pier 60 is the central spot on the beach for various other family friendly activities including free nighttime moves, festivals, a playground, and an evening marketplace for local vendors and artisans. Pier 60 is located just off the roundabout on Coronado Drive and is accessible by walking the beach sand or the Beach Walk, a pedestrian pathway just off the sand through most of the beach area.

Shopping is everywhere from traditional beach shops like Surf Style, Wings, and Ron Jon Surf Shop to Island Dog Outfitters for pet souvenirs and Hulk Hogan’s Beach Shop for pro wrestling souvenirs and Hulkster branded tchotchkes. The Clearwater Marine Aquarium is the home of Winter the eponymous dolphin from the film Dolphin Tale. The little pirate in your group might enjoy Captain Memo’s Pirate Cruise, a two-hour cruise on an honest-to-goodness mock pirate ship with a little something for all ages (by which we mean both face painting and a full bar.) Cruises can be reserved in advance (suggested but not required) just off Causeway Blvd. on the marina. Bikes, scooters, and Segways are all available to rent adjacent to Shephard’s Beach Resort on South Gulfview Blvd.

The sunsets along Clearwater Beach are legendary and it is often said that “no two are the same.” Regardless of if you view a sunset from the beach, the pier, a restaurant, or your hotel room: a Clearwater Beach sunset is a must-see while in town. Frenchy’s Clearwater Beach restaurants offer fresh seafood and family friendly dining at five locations throughout the area including Frenchy’s Rockaway Grill, directly off the beach on Rockaway Avenue. Specialties include grouper sandwiches, she crab soup, ceviche, and garlic crab fries made famous by Alton Brown and cable television. Much of the fresh seafood comes from the restaurant’s own fishing boats that dock behind one of their other restaurants, Frenchy’s Saltwater Cafe on Poinsettia Avenue. All locations include monthly features, daily drink specials, and most have live entertainment. Across the parking lot from Frenchy’s Rockaway Grill is The Palm Pavilion on Bay Esplanade. What began as a snack stand is now a full service restaurant and bar with sweeping views of the ocean and breathtaking sunsets. Palm Pavilion is known for relaxed island/local specialties and live entertainment during happy hour.

Another beach institution is The Brown Boxer. Across the street from the beach on Mandalay Avenue, “the Boxer” is a popular nightlife spot with a full menu and large bar. Cooter’s, a block away near the bay, is also known for grouper, wings, and the Pittsburgh Steelers fans who congregate inside on Sundays in the fall. Other popular establishments in the area range from the fresh seafood, prime steaks, and fine wine at Bob Heilman’s Beachcomber, on Mandalay Avenue & Papaya Street, to authentic Detroit-style “coney dogs,” french fries and bottled beer served in a brown paper bag at Detroit Coney Island, a literal “hole in the wall” with sidewalk service just off the beach on Mandalay Avenue & Kendall Street. Recent years have brought a boon of high-rise hotel and resort construction in the Clearwater Beach area. Among the biggest are the centrally located Hyatt Regency Clearwater Beach Resort and Spa, Shephard’s Beach Resort, Hilton Clearwater Beach, and the brand new as of February 2016 Opal Sands Resort. There is no shortage of smaller motels with smaller price tags in the area as well, including Frenchy’s Oasis Motel, with bay views, Jimmy Buffett music at the pool, and kitchenettes in every room (and, yes, owned by the same people who own the restaurants.) Many condos and vacation homes are available to rent for longer stays.

Beyond Clearwater Beach itself, lies the rest of the Tampa Bay Metropolitan area. While there is certainly much to do in Tampa Bay, including Busch Gardens theme park, professional and college sports, and the Lowry Park Zoo, we will stick to a few other spots easily accessible on the route between Walt Disney World and Clearwater Beach.

The Florida State Fairgrounds is located right off Interstate 4 and, in addition to the yearly fair in mid-February, is home to the MIDFLORIDA Credit Union Amphitheatre that houses big-name concerts year-round and nearby Seminole Hard Rock Hotel & Casino. Dinosaur World, off Exit 17 of Interstate 4 in Plant City, features over 100 life sized dinosaur statues including a Tyrannosaurus Rex emerging from the trees off the interstate to entice/frighten drivers like a scene left on the cutting room floor of Jurassic World.

The World’s first Hooter’s restaurant is located on Route 60 in Clearwater and features wings, oysters, and waitresses of – a’hem – a certain demographic.

Cigar City, one of the country’s most renowned microbreweries, operates a tasting room and brewery tours on West Spruce Street in Tampa. Sample the Jai Alai IPA, Maduro Brown Ale, and on one special date in March, join uber-beer enthusiasts from around the country for the special ticketed Hunahpu’s Day and buy from a limited supply of this Imperial Stout.

Adding a few days for the beach onto the end of your trip is a great idea to get some extra relaxation out of your vacation. It’s not something I would suggest everyone do but for those families who visit Walt Disney World yearly or even more than once in a year, adding some extra sights helps fight the Disney fatigue that some members of the family might feel. Plus the drive to Clearwater is an extremely easy one. Aside from traffic concerns at rush hour, the drive is a mostly straightfoward and stress-free one. It avoids the traffic snarls of International Drive and Orlando (since both Disney World and Clearwater are south of this part of I4.) In fact, if you are planning to rent a car anyway, flying into and out of Tampa International Airport could be worth considering if you are going to end your trip in Clearwater. (Also, for those who fly the budget carriers like Allegiant into Stanford, consider flying into Clearwater/St. Pete instead.)

With some of the best beaches, seafood, and sunsets in all of Florida a literal stone’s throw from Walt Disney World, checking one out should be on every Disney fan’s bucket list.

4 thoughts on “Extending Your Trip to Clearwater Beach”