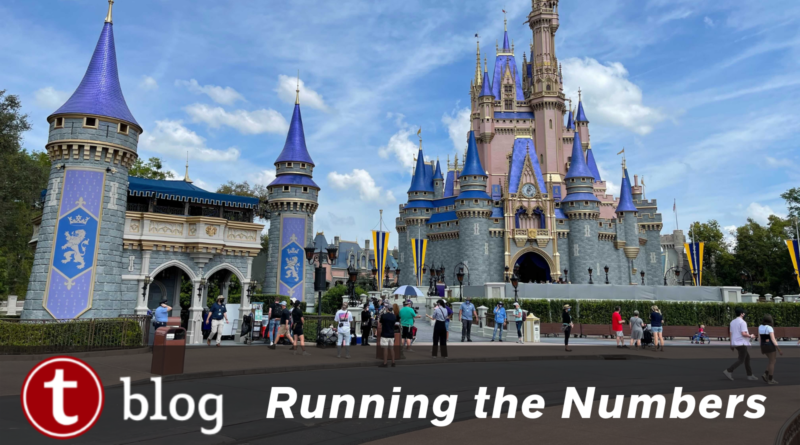 The number one question I get from people planning their first Disney trip (or first since the advent of Genie) is usually something like this: “What in the world is this stacking thing?” Genie, Genie+ and Lightning Lanes are confusing. Even more complicated than that big FastPass monster (thanks Defunctland for that handy metaphor). There are already lots of thoughts and opinions about the best strategies to use if you purchase Genie+. And one of those strategies is stacking.

I’m not here to debate the merits of stacking. But there isn’t a lot of approachable information about what stacking is or how to do it during your WDW vacation. If you’re choosing to purchase Genie+ at Hollywood Studios and/or Magic Kingdom, you should at least know about the concept. I’ll go over the rules around stacking and some examples of how you could utilize it at the park.

And good news if you don’t like reading, we’ve also got this same information on YouTube as part of our TP Teaches series, so you can watch/listen here instead.

Stacking is a brand-new strategy in the era of Genie+. The whole idea is that you try to get Genie+ return times that are all in the late afternoon or evening so that late in the day you’re strolling through the Lightning Lanes, avoiding almost all waits and having a splendid time.

That means that you’re booking reservations throughout the day, but not using them. Instead, you’re adding them to your “stack”, which you’ll redeem later. Each time you make a reservation, it’s like stashing an apple away to have as a snack later. And each time you redeem a reservation by tapping into the Lightning Lane, it’s like taking an apple out of your stash to eat. Stacking strategists are like … Lightning Lane gluttons.

The first thing that you need to understand, whether stacking or not, is the 120-minute rule. This rule states that you are eligible to make your next Genie+ reservation either:

Those italics in the rules are really important. When Genie first released, using any reservation unlocked a new reservation. Disney closed that loophole, so now both parts of the rule only apply to your most recent reservation.

Let’s look at some examples:

Stacking is totally reliant on this 120 minute rule. Because you’re purposefully selecting return times late in the day, you won’t be unlocking upon check-in. You’ll always be eligible 120 minutes after you make your previous reservation. Since you’re in that constant wait, some folks find it helpful to set a timer on your phone or watch for every 2 hours so that you don’t forget when you’re eligible to make another reservation.

There are two more rules that existed in the FastPass+ days that no longer apply that make stacking possible:

So that’s why “stacking” is a new thing – it wasn’t possible under the old rules. Now you can have as many reservations as you’d like, and they could all be for potentially the exact same time.

This is still all theoretical and very rules-y, so let’s make it real! We can get an idea of what stacking might actually look like by using the Genie+ availability charts found here for AK and EP and here for HS and MK.

Let’s use a high crowd day at Magic Kingdom as an example. To save you from flipping back and forth, here’s the availability chart for that park/crowd level combo:

Remember: My whole goal is to save up as many late-afternoon or evening reservations as possible.

But What Do I Do With My Morning?

If you’re stacking all of your Genie+ reservations for the afternoon/evening, that leaves a whole bunch of possibilities for what to do with your morning. The most important thing to do is to be keeping track of your reservation eligibility and not missing your 120-minute timers so that you can maximize your stack. But while you’re doing that, you could:

Which Parks are Best for Stacking?

Ideally, you’ll want to stack reservations at Magic Kingdom or Hollywood Studios. Both parks have attractions that book out into the afternoon pretty quickly, so it’s not hard to search for something in the timeframe you want, even at 7 or 8 am.

The one caveat is that at Hollywood Studios on a high crowd day, you may only be able to stack 2 or 3 reservations before everything is sold out for the day anyway. You can still save a lot of time, but you should start the day with a plan for how to rope drop a few attractions and stack reservations for the others.

Have you tried the stacking strategy on a WDW vacation? Or do you prefer getting Genie+ reservations that you can use almost immediately? Do you have more detailed questions? Let me know in the comments!

52 thoughts on “Genie+: All About Stacking”