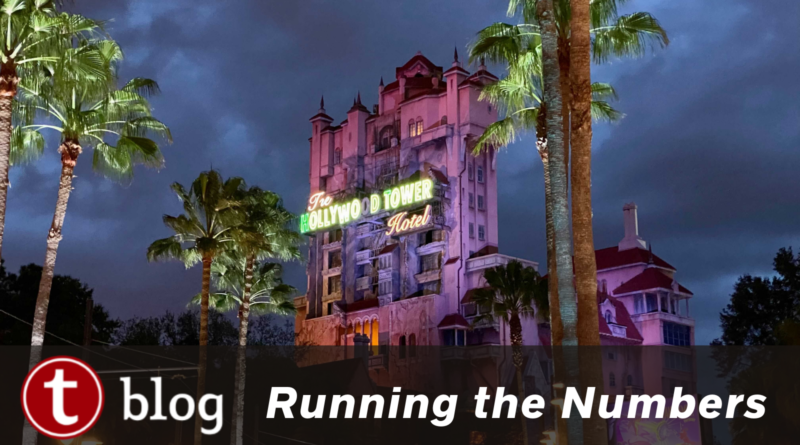 Is Genie+ actually going to save me any time? Which rides should I focus on in order to make the most of Genie+? These, and other similar questions continue to be very popular here at TouringPlans and throughout the Disney planning community. We last took a look at initial time saving data back in mid-December and updated it here in June. But a lot has changed since then – a lot of attractions have been added to Genie+, people have learned more about how the system works, and demand has started to decrease with the inability to pre-purchase and increasing cost.

In this update, I’ve included only the past three months of data. Thankfully, we generally have enough people timing waits that we can get by with this short timeframe. The one exception is character meets – we don’t have good enough data to include all of them in this analysis. That means if you have a WDW trip coming up and you plan on using Genie+, you’ll be my hero if you time some character LL waits. For now, we know enough to know that they have pretty big time savings. This post was last updated on October 19th, 2022.

In order for me to be able to tell you how much time you might save by using the Lightning Lane at any attraction, I need to know two pieces of data:

In an ideal world, you’d all tour the parks in pairs. And one of you would get in the Lightning Lane while the other got in Standby, and you’d start your timers in the Lines app at the exact same time. Turns out, families and other touring parties don’t actually split up like that in the real world. Shame on you for not giving us clean data!

But in reality, the data for how long the Lightning Lane waits are is easy enough to pull. I can get those directly from timed waits in Lines. It’s when I try to correlate that Lightning Lane wait with a corresponding Standby wait that things get tricky. Since we don’t actually have any nicely paired waits, we have to make some sort of calculation and/or assumption. What I chose to do was:

Once I’m confident in those two numbers, the all-important “Time Savings of DESTINY” will just be a simple subtraction: Time Savings = Standby Wait – Lightning Lane Wait

How Much Time Can I Save at Each Genie+ Attraction?

Just like the last time I presented this data, I’ve got some caveats. These are averages. That means that some savings are higher and some savings are lower, and these numbers can’t guarantee anything. Your experience might change based on time of day or crowd level (which we’ll explore a bit later). And this doesn’t include every Genie+ attraction – some just varied too wildly or we didn’t have enough data to be confident (cough – character meets – cough).

Back again for this article are the fancy-schmancy confidence intervals along with each average. You don’t have to know all of the details behind the calculations there, but just know that they mean that we can be 95% confident that the real average time savings falls somewhere along that little line for each attraction.

How Do Genie+ Time Savings Change with Crowds?

For this analysis, we’re going to use the following crowd level definitions:

We’re also going to zoom in on just the 12 attractions with the highest average time savings. Why twelve? Because I felt like it.

Thankfully, all of this data makes a lot of sense. Increasing crowd levels equal increasing time savings at all of these attractions. But some increase more quickly than others. For example, on low crowd level days, Slinky saves 45 minutes and is the top time saver, while Millennium Falcon on could only save you 7 minutes and is WAY down on the list of time savings. But on high crowd level days, both attractions will save you 66 minutes compared to standby, which puts them in a tie for 1st place.

Unlike in the summer, when Tower of Terror was competing with Slinky Dog Dash for top time savings, now it barely cracks that top 12, and doesn’t even average over 30 minutes overall.

How Do Genie+ Time Savings Change with Time of Day?

A little more data definition for this part of the post! I split each day into three time “buckets”. The time associated with each wait is when the person entered the queue (and started their timer).

This time I’m not going to give you any insight. Make inferences on your own!

Just kidding. I can’t help myself.

Now have some fun and put on your Disney data detective deerstalkers (that’s right, I looked up the name for a detective hat, and it was alliterative, so you’re welcome) and let me know what other things pop out at you from these results!

Now it’s your turn to participate! Want to earn your very own Disney data detective deerstalker? Let me know what jumped out at you from the results today. I can even send you a picture of one – I’m pretty sure that’s how NFTs work.

40 thoughts on “Which Attractions are the Best Use of Genie+?”