Universal has been busy over the past few weeks getting ready for the upcoming opening of Diagon Alley in Universal Studios Florida. Universal Orlando Close Up, an official blog dedicated to the Universal Orlando Resort, quietly made its debut, and the blog has had several stories that have unveiled concept art for the Wizarding World of Harry Potter – Diagon Alley, the headliner attraction Harry Potter and the Escape from Gringotts, and even a video showing the goblin animatronics that will be in the queue of this sure-to-be amazing E-Ticket.

There has also been some concept art revealed – courtesy of the Orlando Business Journal – that contains major story and ride elements of Harry Potter and the Escape from Gringotts. Consider this a spoiler warning before reading ahead at your own risk. After the goblin animatronics in Bankers Hall, guests will interact with Bill Weasley (played by Domhnall Gleeson in the Potter films) using Universal’s musion technology. Similar to how Christopher Walken is used in the Disaster! – A Major Motion Picture Ride….Starring YOU attraction, Weasley will welcome the guests and explain the process of obtaining their own vault at Gringotts. Guests will then move on and eventually grab a pair of 3D glasses before boarding a ride vehicle that will hold up to 12 people. There will be a child swap area nearby, and the height requirement for this attraction is expected to be 42 inches.

As you can see, the ride vehicles themselves look exactly like the drawings Theme Park Insider posted over two years ago. They perfectly capture the feel of the vehicle that Ron, Hermoine, and Harry Potter took with Griphook in Harry Potter and the Deathly Hallows Part 2 as they ventured deep within the vaults of Gringotts. In fact, the storyline of the ride takes place during the exact same time frame as the break-in to get the Horcrux inside the Lestrange vault, so expect to see an appearance by the trio, themselves.

Riders of Escape from Gringotts will then descend into the caverns of the bank and encounter many surprises including a fire breathing Dragon, Death Eaters, Bellatrix Lestrange, and even Lord Voldermort. Universal has steadfastly stood behind the fact that Harry Potter and the Escape from Gringotts will not be a standard roller coaster. Instead it will be a new type of ride that will be a hybrid of sorts, containing ride features of popular attractions like Transformers: The Ride 3D, The Amazing Adventures of Spider-Man, and Revenge of the Mummy. 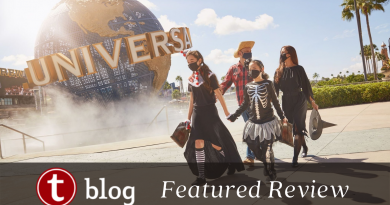