We’re back for another Disney Dazzling story! If you want to read about my magical time meeting Mickey Mouse, click here.

I experienced breakfast at Cinderella’s Royal Table* in early 2014. Reservations had been made the previous fall, and the anticipation had been building ever since. Not only would I be visiting Magic Kingdom, but I was going to meet five of my childhood idols. My inner five-year-old was rejoicing at the opportunity!

We walked down Main Street, U.S.A., and the closer we got to the castle, the faster I walked. I’m pretty sure I was sprinting those last few yards, trying to quickly close the distance between the castle and myself.

The entrance to the restaurant is next to Fantasyland. As I walked through the castle tunnel, I noticed five beautiful mosaic murals depicting Cinderella’s fairy tale. Fun Fact: These murals were made with over 300,000 pieces of Italian glass, and some contain sterling silver and even 14-karat gold. They were sure a ‘gem’ to look at! (bu dum, chee!)

Upon notifying the hostess of our arrival, we waited outside only a few minutes before being ushered into the castle. We walked through a gothic archway and entered the beautiful entry hall. The medieval-inspired hall had antique-looking tapestries covering the marble walls, while aged light fixtures made the space glow. I saw several coat of arms high above, and wooden benches lined the walls. As I walked further in, I saw none other than Cinderella herself greeting guests. My mind began to wonder as I waited in line: Would I be able to give her a hug? Would she let me live in the castle with her? If she asked, I would surely say, “Yes,” even if it meant having Gus and Jaq as roommates. When it was our turn, she smiled and signed my autograph book while asking us about our morning. She graciously accepted my hug (Hugging a princess, check that off my bucket list!), and a Disney photographer took our picture. There were other photo opportunities following our time with Cinderella. I recall a throne chair, suit of armor, and an old fireplace. We took a picture of our baby daughter in the fireplace (don’t worry, it wasn’t lit), and, luckily, she didn’t get any soot on her dress.

Since the restaurant was on the second floor, there was both an elevator and staircase to use. As my mother suffers from Rheumatoid Arthritis and Multiple Sclerosis, we were very grateful for the elevator. It allowed her to join in the fun. While some in my party took the elevator with Mom, my husband and I opted to explore the staircase. I will warn you that it is very steep and circular, so I would suggest the elevator should your knees or other conditions affect you. When walking up the stairs, a beautiful stained glass window of Cinderella illuminated our path. As we walked a little further, we found ourselves overlooking the entry hall and could see other guests posing with Cinderella.

The staircase brought us directly into the dining hall. The space had very high ceilings with different flags and coat of arms hanging from it. The Gothic archways were again present and several more tall stained glass windows decorated the room. I looked out the windows and saw a view of the Prince Charming Regal Carrousel (how fitting!) among other attractions in Fantasyland. We were greeted by another host and escorted to a table in the back of the room. We were seated in an elevated section of the room so we had a great view of the entire dining hall.

The menu artwork was extraordinary. It was a beautiful stained glass image of Cinderella and the Prince. I turned it over, and there were six entrees to choose from. Selections included Baked Quiche, Caramel Apple Stuffed French Toast, and Steak and Eggs. I chose the Traditional Breakfast comprised of scrambled eggs, sausage, bacon and potatoes. Too see the rest of the menu, click here. Pastry delicacies were brought to the table, along with our beverages. In true Disney fashion, the muffins were shaped like Mickey’s head. I swear this made them taste better! I think I may need to get my own Mickey muffin mold. Anyone want to grab one for me?

As we munched on pastries, a Cast Member brought our photo with Cinderella to the table. (The image is included in the price of the meal and was a very nice perk.) In addition, each prince and princess (i.e., child eating) was given a ‘wishing star’ and his or her choice of a magic wand or sword. Why? Well, we’ll get to that later. The Cast Member must have seen the disappointed look on my face as my table was bypassed because he stopped and gave me one as well.

Throughout the meal, a different princess was given a grand introduction and gracefully stepped into the room. You will also experience this if you dine at Akershus Royal Banquet Hall in the Norway Pavilion at Epcot. Each Princess roamed around the room, stopping at every table to greet those waiting anxiously to see her. I sat and observed them as they enchanted the children. Each princess would kneel down to give hugs and special attention to each little one. I saw Aurora blush while one little boy kissed her on the cheek. Ariel was keen on showing everyone her shoes because she had exchanged her flipper for human legs. Jasmine was explaining to one little girl that genies come in all shapes and sizes, while Snow White spoke kindly of the seven precious men in her life. I wondered where Belle was at first but figured she was still locked up in Beast’s castle.

All of the ladies were just lovely to meet. Aurora knelt beside our baby girl, Annie, to admire her dress. She was so flattered that Annie was dressed just like her! I questioned Jasmine on Aladdin’s whereabouts, to which she responded he was probably in the market place with Abu. Ariel and I discussed her beautiful eye make up and whether it was waterproof. Then there was Snow White. She was absolutely gaga over the baby! She kept stroking Annie’s little cheeks and talking to her in a soft sweet voice. She told Annie that she was even smaller than the dwarfs! Before she left our table, she planted a big kiss on Annie’s forehead, leaving a bright red lipstick kiss mark.

To our surprise, there was a special wishing ceremony. Remember those magic wands and swords? An overhead announcement told us to close our eyes and wave them over our wishing star. As the guests were waving their wands, Ariel was walking around, encouraging everyone to join in. She suddenly stopped and looked at my mom. She said, “Now, where’s YOUR wand?” My mom replied that she didn’t have one because she wasn’t a princess! She walked away for a moment and came back with a wand for my mom. Ariel looked at her sweetly and said, “Here, anyone can be a princess.” I looked in my mom’s eyes as she looked at Ariel, and though she is a grandma, there was still that child-like twinkle in her eyes as she received her wand. Her eyes were full of wonder and joy as she happily waved her wand over her wishing star. Together, the whole room said the magic words, “Bibbidi Bobbidi Boo!” With that, the entire room started to sparkle and glitter with twinkling lights. It was a special touch, and the kids around the room were absolutely elated with the magic they performed.

As we finished our meal, the princesses left to allow the Cast Members to reset for the next wave of guests. We took our wishing stars, Cinderella photograph, and wands and made our way out of the dining hall. We all walked out with full tummies and a feeling of delight, never feeling rushed for a moment. From the twinkling lights and Mickey-shaped muffins to the kiss on our daughter’s forehead and Ariel bringing my mom a wand, Disney managed to make the experience special and prove that anyone can be treated like royalty in the Magic Kingdom.

Have you enjoyed a meal at Cinderella’s Royal Banquet Hall? Please share your memory in the comments!

Best (and Worst) Attractions to Get Stuck On 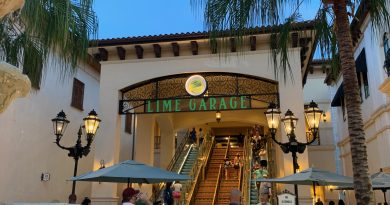 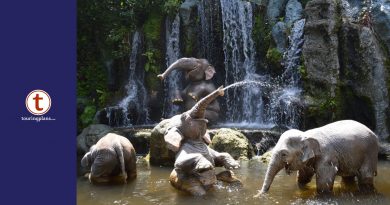