Where we live in Central Florida, we are able to drive by a view of the Four Seasons several times a week. When we heard that they offer a character breakfast, it seemed like a great way to take a look at the resort and enjoy a meal without feeling like people going to the resort to snoop around and gawk.

The Four Seasons offers Good Morning Breakfast with Goofy and His Pals at Ravello. Before I go any further, I want to point out that I have a four-year-old who is a big fan of characters and an even bigger fan of breakfast. Thus, unless Ravello completely missed the mark, this would be an easy sell. I, on the other hand, am not a big breakfast eater and get a little shy around characters, so I’d be harder to impress. My husband is middle-of-the-road in terms of love of breakfast and characters, but as long as the coffee is good, he will be content. Long story short, all three of us left thinking this was the best character meal we have ever had and possibly the best breakfast as well. We made reservations through OpenTable from the Four Seasons web site and had plenty of availability even at the last minute, even though this is probably the smallest character buffet on property. Although we can see the Four Seasons building not too far from our house, figuring out how to get there was not so obvious. The entrance is the same entrance for the Golden Oak development, and the signs for Golden Oak are much more prominent. When you get to the guardhouse, the attendant will be able to tell you how to get to the Four Seasons. It isn’t difficult, but driving past all of those beautiful mansions, we certainly felt like we should have brought a nicer car than our Cube to drive through that kind of neighborhood!

Once you pass by the myriad houses for Golden Oak, it isn’t difficult at all to find the Four Seasons. Because we are somewhat familiar with the reputation of the Four Seasons, we weren’t surprised at all to learn that there is only valet parking—no self parking exists. Valet parking is a mere $5, and is validated at the restaurant. Still, it is appropriate to bring cash to tip the valet when you get your vehicle back, so plan ahead.

Walking in the Four Seasons lobby is a jaw-dropping experience. We took it all in as we walked down to Ravello. When you approach, you pass by the Ravello Bar. As I didn’t see any other signs for the Four Seasons Ravello restaurant, we walked in and followed the sounds and smells of breakfast foods down some stairs to the check-in desk. The other option is to go past the bar and take the elevator down to the first floor. I actually preferred taking the stairs because you got to see a great overview of the buffet as you walk in.

We checked in and were given an option for seating inside or outside. Even though it is still summer, we opted to sit outside because it was so early (8:15 AM reservation), and that was an amazing choice. For the first half of our meal, we were the only people on the patio, which overlooks a lake and some beautiful fountains. That meant it was quiet, tranquil, and the epitome of luxury. Have no fear, the characters will still come out to see you!

Richard, our server, took our drink order and offered us freshly squeezed orange juice. My husband got his coffee, I got a press pot of English breakfast tea (both included in the price), our daughter got her milk and a glass of water instead of juice, and we just sat for a moment to take it all in. We then headed inside for our first of several trips to the buffet.

Ah, the buffet…where do I begin? If it is served for breakfast, you will find it on this buffet. Because the restaurant is small, food is frequently refreshed, so nothing felt stale. (According to the web site, Ravello seats 118 inside the restaurant and 114 outside, and the restaurant was only half full inside and practically empty outside.)

At the hostess stand, you can order specialty juices from the juice bar including Green (spinach, green apple, Meyer lemon), Vitamin C (carrot, beet, ginger, orange), Power Juice (blueberry, red cabbage, cucumber, apple), Workout Juice (beets, orange, carrot, ginger), or Antioxidant (blackberry, carrot, broccoli, apple, tomato). Truthfully, you have a choice of apple juice, orange juice, grapefruit juice, cranberry juice, milk, coffee, tea, soda, and house-made non-alcoholic limoncello, so I don’t think adding a juice bar drink would be worth it unless there’s a blend there that you can’t live without. If you wanted a breakfast cocktail (Mimosa, Bloody Mary, and so on), you could likely have ordered those as well, although we were more than satisfied with the selection of non-alcoholic beverages.

Next you have an assortment of fresh fruit (including an amazing bananas in coconut cream dish), house-made muesli (served with Florida tupelo honey), yogurt parfaits with house-made granola, Greek yogurt with toppings, local cheeses (set up as small cheese plates with fruits and nuts), Ravello-cured meats (salami, prosciutto, and mortadella), lox and bagels with all the fixings, and steel-cut oatmeal with toppings.

Moving farther around, there is an omelet station that has almost anything you can put with eggs and serves eggs any way you can think to make them. The omelet station is also where you can get freshly made waffles. The day we went, they also had a house specialty of s’mores pancakes (pancakes topped with chocolate and marshmallows, lightly toasted in the pizza oven).

That brought us over to the hot offerings – chicken sausage, pork sausage, applewood-smoked bacon, English beans with chicken and pork sausage, scrambled eggs, breakfast potatoes, and pancakes were all available. Beyond that was the bread station, with a half dozen different types of bread and an assortment of toppings including jams and jellies.

Finishing out the restaurant was a kid’s buffet with scrambled eggs with cheese, breakfast potatoes (without the peppers and onions found in the adult version), peanut butter and jelly sandwiches (kept separate from the other offerings for those with nut allergies), and cereals (including Cheerios, which is a huge plus for any parents of small kids). And finally, there is the selection of self-serve juices (including that amazingly sweet house-made limoncello).

I’ll spare you a bite-by-bite description of the amazing decadence and just say that the food was incredible. If I had to find something to complain about, it was that everything was so good, I would have needed a week there to really get my fill of everything.

Food needs satisfied, we now had plenty of time to enjoy the characters. Goofy, Mickey, and Minnie are in attendance, all dressed up in spiffy resort wear appropriate for the Four Seasons. (Make sure to check out the Pluto logo on Mickey’s sweater vest!) With the restaurant being so small, the characters made it around several times. We got to see everyone four times, thrilling my daughter to no end, and they took quite a bit of time with her for some personal interaction.

Another nice touch is that they have photographers on hand to take PhotoPass shots of the interaction with the characters. You are given a special PhotoPass card at the first character meeting, and that is left on the table for the meal to add photos. These photos are provided as free downloads. They photographers only come around for the first time you see each character, but if desired, you could request the photographer to come back another time. We also received an autograph card, as we did not bring our own autograph book.

Like other character restaurants, they have the brief interludes of napkin swinging and hand clapping fun approximately every half hour. Although these were a lot of fun, they were also very brief, so if you’re looking to enjoy a meal without the feel of a kid’s party, they weren’t very distracting.

I can’t write a review of this restaurant without mentioning the staff. Our server, Richard, was exceptional, providing the right balance of enjoyable conversation and attention to detail without being too overbearing or always present. The staff to guest ratio was exceptionally high, meaning that someone was always around to hold open doors, ask if there was anything else we needed, assist in carrying plates of food, and so on. There is a reason why the Four Seasons brand has such a quality reputation, and the service has spoiled me for dining or staying anywhere else ever again.

Unlike some other meals we’ve been to lately, we never felt rushed with this meal, and I don’t think it is just because the restaurant was lightly populated. The dress code on the web site for Ravello is listed as “smart casual”, so we dressed up a bit more than we typically would for a Disney meal, but we saw people wearing just about everything, from a woman in a swimsuit with a stylish cover-up to jeans and t-shirts to khakis and polo shirts. Even though we felt a bit intimidated driving in, we never felt out of place or awkward during our visit. And by far the nicest surprise was the price. Before tip, the price for two adults and one child (age 4) came to $100. To put it in perspective, the same meal at Chef Mickey’s would have been only about $10 less in all for less selection of food, lower quality of food, less character interaction, and a less “wow factor” of the meal experience.

This may currently be Disney’s best-kept secret, but I think once word gets out, this is going to be one of the more difficult meals to get on property. I don’t use the word “exceptional” to describe meals often, especially character buffets, but with every facet of the dining experience, Ravello fully fits my criteria for an exceptional meal.

UPDATE: I just talked with the Four Seasons, and have a few updates.

First, Disney Dining Plans (including Tables in Wonderland) are not accepted at this time, nor are Disney gift cards or rewards cards.

Children age TWO and under are free — so if you have a three-year-old, you will be paying the child price of $18.

While Ravello is open for an ala carte breakfast every day, the character breakfast is currently only available on Thursdays and Saturdays. (Although previous press releases has said Tuesdays during school breaks, I wasn’t able to confirm if that would be back later this fall and winter.) On other days, an a la carte breakfast at Ravello is served upstairs in the Ravello lounge if you are not interested in the buffet or character experience. 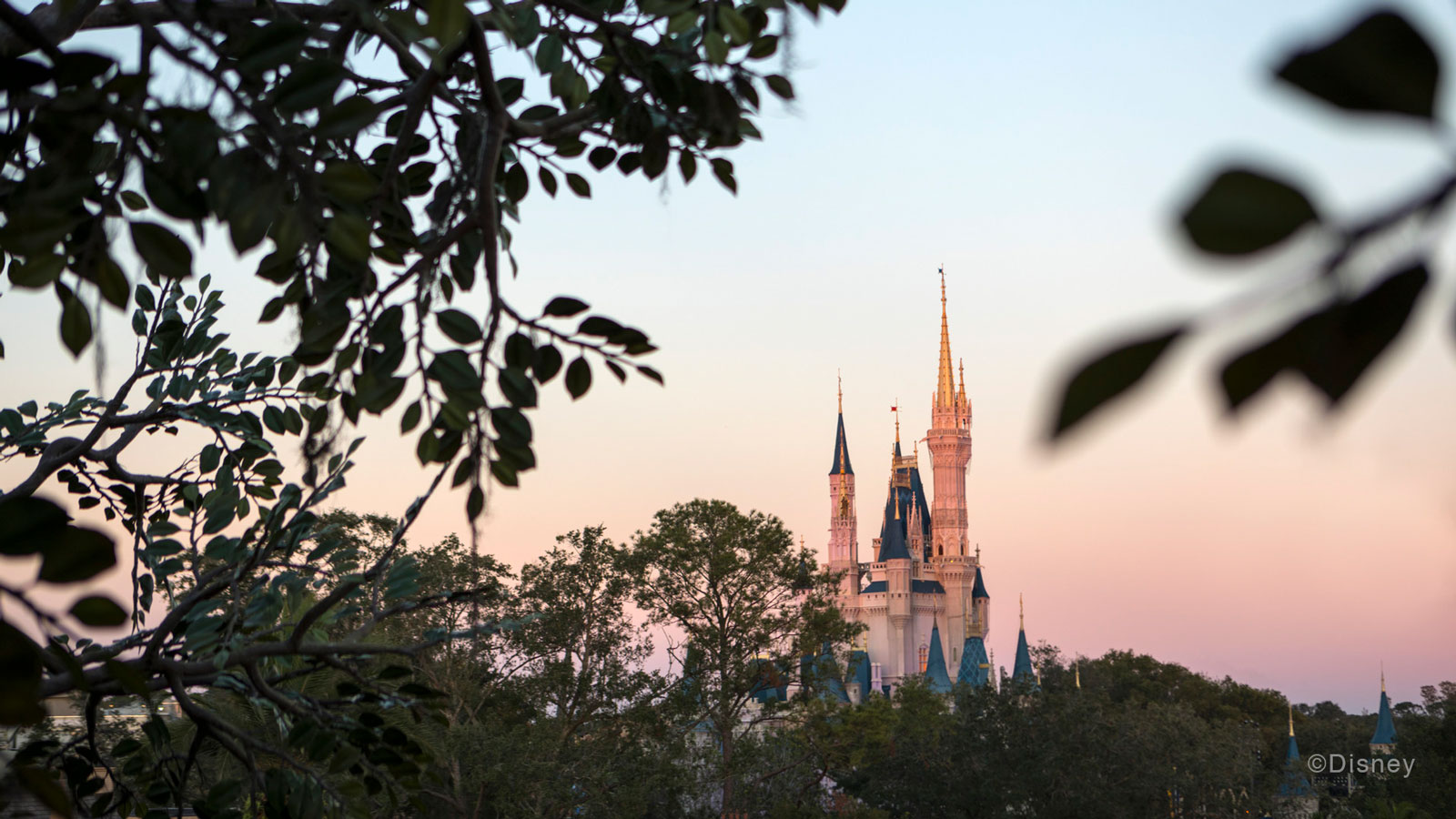 Details at the Four Seasons Orlando

34 thoughts on “Menu Monday: A Review of the Four Seasons Ravello Character Breakfast”