My husband’s aunt and uncle are huge Disney fans. Not only have they made countless trips to the Disney parks, they have been on several in-park tours as well. While chatting with Uncle Keith, he told me all about his experiences with both the Epcot DiveQuest and Epcot Seas Aqua Tour, and I thought I would share his adventures with all of you. If you’d like to read a review of the Dolphins in Depth tour, click here.

DiveQuest is a three hour experience giving you the opportunity to scuba dive in a 5.7 million gallon tank with over 6,000 sea creatures. In order to take part in this experience, you must be 10 years or older and be SCUBA-certified. (If there are actually any scuba-certified 10-year-olds out there, I applaud you.) To make reservations, call 407-939-8687. The cost is $175.

Keith was told to show up at the main entrance of Epcot about 15 minutes beforehand. The only things he was asked to bring were his swimsuit and scuba-certification card. After arriving at the Seas with Nemo & Friends Pavilion, he was brought backstage to a classroom. Here, Cast Members summarized the entire program, told everyone what was going to happen, and noted how long everything would take.

Note: Cell phones, cameras, and video equipment are not allowed backstage, so consider this when you attend.

He and the rest of the group were shown a video and given a history of the Seas Pavilion. When I asked if he found this dull (as some mandatory pre-tour videos can be), he insisted it was very interesting and informative. He told me facts such as how the aquarium glass is eight inches thick and how the water temperature is kept cooler than in the ocean (about 74 degrees) to accommodate all the creatures.

After this piece, it was time to suit up. Disney provided all the gear and asked that the divers not bring their own. When I asked Keith why, he said it is because the tank is a very controlled and filtered environment. Disney takes contamination very seriously and takes several precautions to avoid infections and diseases, including prohibiting any outside gear. They were brought into a locker room where they could change into their swimsuit and wetsuit. They were asked to remove all jewelry and anything that could potentially fall off in the tank and be eaten by the sea life.

Once everyone was geared up, they went upstairs to the main tank. All the divers got to walk on the catwalk (yeah…on the catwalk. Guess that song!) and see over the huge tank, learning more about the gigantic environment and the creatures in it. Following this, it was time to take the plunge.

The divers were told to climb down to a platform in the water about three feet deep. Here, Keith and the others put on the rest of their gear, and each person was checked over by a Cast Member. Also at the scene were two safety divers, meant to watch over everyone, and a photographer who documented the experience.

At the signal, Keith and the others stepped off the platform, let the air out of their scuba vests, and sank into the water. According to Keith, out of the 40 minutes he was in the water, 15-20 minutes were spent on a mini tour around the reef. Communication was reduced to hand actions and other standard dive signals. Following those 15 minutes, all divers were free to roam around on their own.

This was Keith’s favorite part of the experience. Although he wasn’t allowed to touch the fish, Disney gave him and the others the opportunity to submerge themselves in a different kind of ecosystem. They were told to look out for any shark teeth lying about. They could keep them as souvenirs! At the bottom of the tank there was a structure with an air bubble being pumped with oxygen. All the divers were invited to put their head in and take off their mask for a picture. Very neat!

Keith said that if you had family waiting, they were invited to go to an observation area to see you scuba diving. The divers could swim over to the area to wave and take pictures with their families through the plexiglass. On one occasion, Keith mentioned to a Cast Member that it was Cathy’s birthday. Once Keith was in the water and had approached the observation area, the Cast Member tapped him on the shoulder and handed him a plastic scroll. As Cathy watched the divers through the window, Keith opened up the scroll to reveal a message: Happy Birthday Cathy. She was so excited and absolutely delighted by the birthday surprise!

Another aspect Keith enjoyed was interacting with the guests looking through the glass into the tank. There was an area at the Coral Reef Restaurant where divers could swim up to a window and wave to the guests who were eating. He said the kids got SO excited when they saw a diver. They would turn to their parents, tugging on their shirts to gather around the glass. Keith mentioned that sometimes Mickey Mouse will put on his scuba gear and spend some time underwater. At certain times of the day, you’ll see him waving through the glass, complete with diving mask and wet suit. After hearing that, I knew that was something I have to see someday!

With a final signal, the divers returned to the surface, changed out of their suits (there are showers in the locker room should you need them), and were shown a video of their dive. They had the option to purchase the DVD and were sent on their merry way.

Now, not all of us are scuba-certified, so if you’d like to join in the fun, Disney offers the Epcot Seas Aqua Tour. This is a snorkeling experience Keith has done twice where you observe sea life by floating on top of the water. He said the beginning of the tour is nearly identical to DiveQuest as guests are brought in to a classroom for a video and brief history. After suiting up, they are free to observe marine life in the Coral Reef for about 30 minutes. Guests are given a complimentary photo as well as a souvenir. The entire experience, meant for ages eight and up, is 2.5 hours and $140. Keith mentioned that if you are an annual pass holder or a DVC member, you may receive a 10-15% discount on both DiveQuest and the Epcot Seas Aqua Tour.

Uncle Keith has done DiveQuest four times, the first of which was in 1996. When I asked him why he keeps doing it he simply replied, “It’s just so much fun!” He expressed how different the experience is from any other dive in the world. By interacting with the guests, you feel like an honorary Cast Member and with one wave can make someone’s day. You are given the chance to be a part of a family’s special Disney memory, and that is the Disney difference.

Have you experienced any of these tours? What were your thoughts? Let me know in the comments! 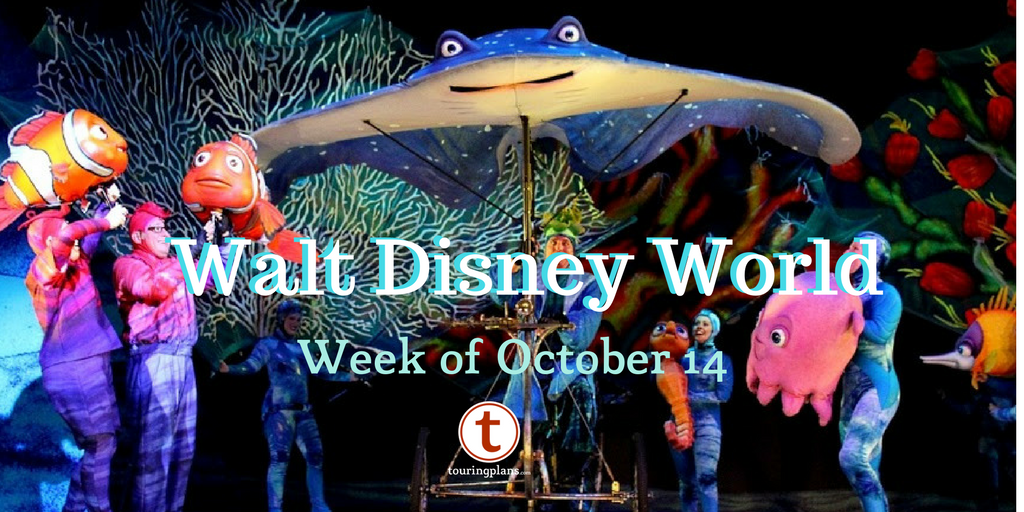