It seems like every time I turn around, there’s yet another change taking place with Disney’s PhotoPass and Memory Maker. The most recent development announced today are animated Magic Shots.

These build on the existing Magic Shots. (You know, the photographs that Disney’s PhotoPass photographers can take that incorporate digital characters into the photo with you.) The new additions of these characters now appear in animated form, via a video clip. Here is a sample of what they look like:

These special Magic Shots are currently only available in four different locations; just make sure to ask you Disney PhotoPass photographer for them. At the Epcot, you’ll be able to get them done behind Spaceship Earth and at the Norway Pavilion. At Disney’s Hollywood Studios, head to Hollywood Boulevard and at Disney’s Animal Kingdom, you’ll be able to get an animated Magic Shot on the bridge near Expedition Everest.

Other recent developments for Disney’s PhotoPass include on-ride videos and the on-ride photos that appear automatically in your My Disney Experience account thanks to MagicBands.

Are any of these new perks for Disney’s PhotoPass causing you to think about purchasing Memory Maker? 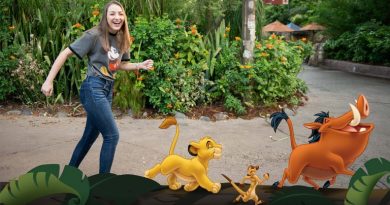