My recent sailing on the Disney Wonder brought with it several surprises, the biggest of which – for me – was biting the bullet and signing up for my first official runDisney event, the Castaway Cay 5k. I had no plans to participate in the event before the cruise, as it would clearly cut into my buffet time, but when researching a Castaway Cay 5k question from a TouringPlans reader, I temporarily lost my mind and signed up for the race. I will now present a gripping tale of human triumph and the 100% totally true story of how one man overcame all obstacles, including Mother Nature herself, to take home the elusive Castaway Cay 5k medal.

The cost of the Castaway Cay 5k event itself, is free. Go to Guest Services or check your Personal Navigator once you board the ship for more details. Anyone can participate, but I believe only those over the age of 12 will receive a Castaway Cay 5K bib to wear.  On the morning of the race, everyone who was going to be taking part in the event met at one of the lounges on Deck 4 to sign in. We needed our room key, and a photo ID (which, of course, I did not bring and had to go all the way back to our stateroom located at the other end of the ship.) Once signed in, we received our bibs, and sat in a room in which all the TVs displayed the Castaway Cay 5k map.

The Disney Cruise Line Cast Members who would be overseeing the event, led us through the course by using the map to explain the route. The group would get off the ship and walk all the way to the starting line, which was next to the bike rentals. Yes, I had to walk a 5k on the way to my 5k (it might have been a little less.) The starting point is right in front of the bike rental area, and next to the Buy the Sea Shore gift shop. There was a container next to the starting line in which we could put anything we did not want to carry during the 5k. We were also told that there would be several water stops along the route, and repeatedly told not to throw the paper cups on the ground when finished, but to hold onto them until we can dispose them in a trash can. Two of the DCL CMs got a head start, and would be meeting us at a water stop in front of the bike loop about half way on the route. And with that, the race began….

The first place we passed on our journey was the bike rental area. The sheer amount of bicycles in this area was staggering, and these pictures do not do it justice. It seems like there is a bike for every man, woman, and child on the cruise. I’ve never seen anything like it (although even that surreal visual was topped later seeing all the tube floats which were available to rent.)

After we passed the bike rentals, our path led us to a fork in the road. To the left was the cabanas area, and to the right was the road which led to the bike loop and Serenity Bay (adult beach.) There were 5k markers sporadically along the course letting us know which direction to go (there are no distance markers though.)

The entrance to the bike loop had our first water stop, and the DCL CMs were there with smiles on, and encouraging everyone.

The bike loop itself is pretty peaceful, with some fun theming here and there.

Halfway through the bike loop was a large lookout tower that provided a great view of the island (we’ll cover that in an upcoming article.)

The second half of the bike loop was pretty much the same as the front half. This led back to the main water stop area, and from there we took  a right and went down to Serenity Bay.

In front of Serenity Bay was the turnaround point. I needed to see that plane in the background though, so I went just a little bit further.

The second half of the 5k race itself was just retracing everything we had done, including going back through the bike loop for a second time.

At the end of the race there was a clock showing our time and the DCL CMs were there to meet us and hand out the medals.

At the Buy the Sea Shore store there are several pieces of Castaway Cay 5k merchandise for sale. You do not have to participate in the event to purchase these items. This is the only place where you can get the pin, hat, or shirt as the other stores on the island do not sell them and they are not available on the ships.

It was actually slightly raining when we got off the ship, turning into a near torrential downpour around the start of the race. However, much like the Florida rains many of us experience at Walt Disney World, the rain did not last long, and the sun came out for the rest of the day. We had about 30 people in our group participate in the event and they ranged from serious runners to people walking at a brisk pace. I should also note the dedicated photo journalist who carried his equipment on the entire run. Weighed down with more equipment than a Sherpa guiding an expedition up Mt. Everest, this runner documented the course – through all the adverse elements including rain, heat and humidity – so that the citizens of the World could take this journey with him.

So there you have it, the runDisney Castaway Cay 5k Photo Report. With all the extra steps involved, I believe my total distance covered was closer to 15k, but for you, Dear Reader, I will walk to the Moon and back (not literally.)  If you had fun, be sure to check out The Magic, The Memories, and Merch! articles, or, for your listening pleasure, check out the Pardon the Pixie Dust podcast. 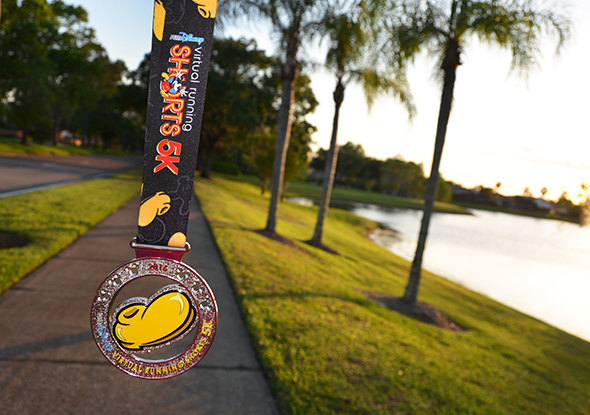 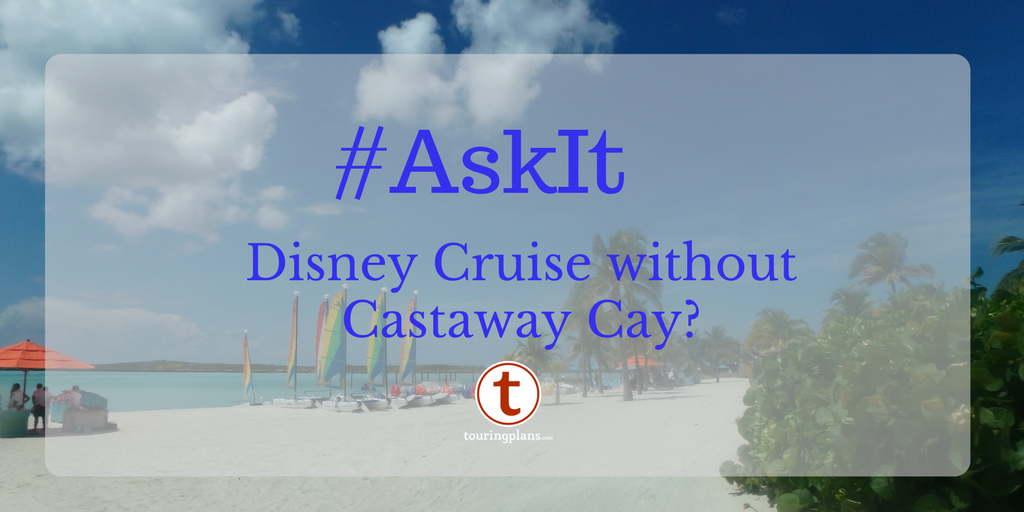