Today, Disney released some great new details, as well as renderings, of what both the Disney Vacation Club villas and bungalows will feature at Disney’s Polynesian Village Resort.

First, we’ll take a look at the bungalows. There will be twenty bungalows available to Guests, and they will be able to sleep up to 8. They will feature a plunge pool and will have a spectacular Magic Kingdom view that is perfect for catching the evening fireworks.

Moving over to the Villas, there will be 360 Deluxe Studios in the longhouses. These rooms will sleep up to 5 and can be connected to another Deluxe Studio room. Rooms will also feature bathrooms that are separated into two sections: one with a shower and a sink, and the other with a sink and a tub/shower. Of course, rooms will also have a kitchenette and lots of storage space. Overall, they look simply gorgeous.

The first phase of the renovations, which will include some Disney Vacation Club rooms, is expected to be complete sometime in 2015.

Photos from Inside a Polynesian Bungalow 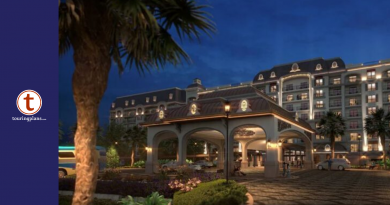 PHOTOS: Take a Look Inside a One Bedroom Villa at Disney’s Riviera Resort