One of the most unique and original drinks created for Diagon Alley earlier this summer was Fishy Green Ale. Like the original Butterbeer and then the Flaming Moe in Springfield, Universal has created a theme park signature drink that was like no other. The drink itself is green in color with a creamy mint taste along with some hints of cinnamon. At the bottom of the drink are plump blueberry “fish eggs.” The Fishy Green Ale comes with a bigger straw than the other drinks to be able to suck these “eggs” up and they almost explode in your mouth. The non-alcoholic Fishy Green Ale may not be  for everyone, but those who enjoy it are going to love it.

You know you have a good idea when your competitors immediately create their own version of what you have. After Butterbeer made its successful debut with the Wizarding World of Harry Potter – Hogsmeade in 2010, it was only a matter of time before Disney countered with Red’s Apple Freeze  in Disney’s California Adventure and LeFou’s Brew in New Fantasyland. While Fishy Green Ale is nowhere near the phenomenon that Butterbeer was (and still is), it was certainly interesting to see a very similar Buggy Brew show up at Mickey’s Not So Scary Halloween Party several months later.

Special thanks to crack staff photographer Brandon Glover, elvenage™, and Megan Stump for their invaluable assistance with this article. Be sure to also check out Brandon on The Park Blogger podcast with co-hosts Aengus Mackenzie and Brian Carey. 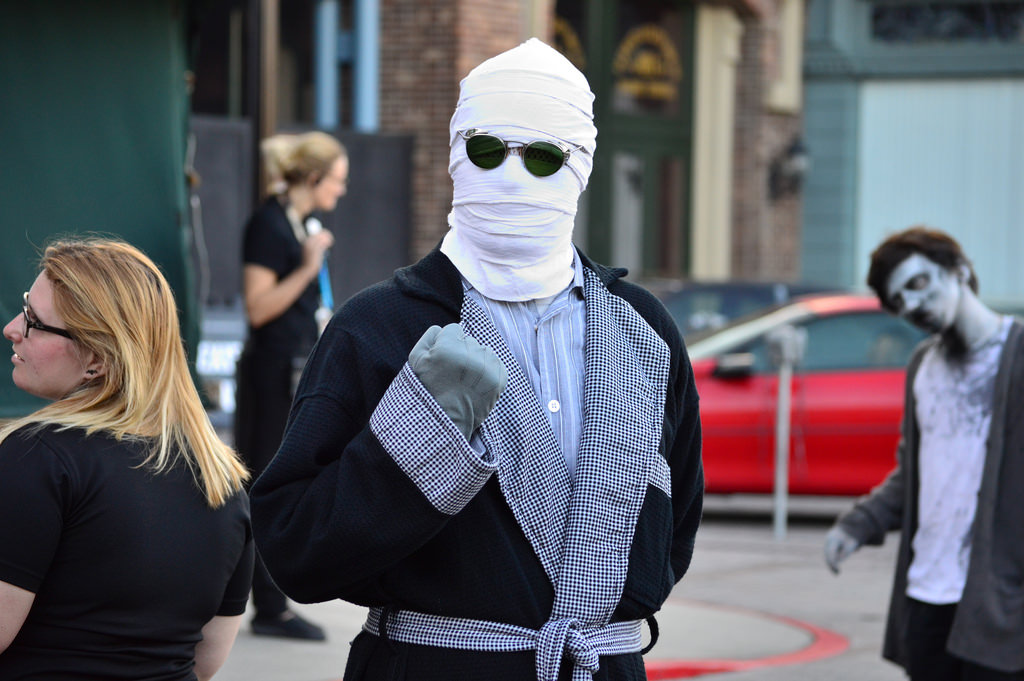 One thought on “25 Drinks of Christmas Countdown – Day 16: Fishy Green Ale at the Fountain of Fair Fortune”